Angry All the Time in the Ivy League

In this post, I discuss why I think students on elite college campuses seem angry all the time. 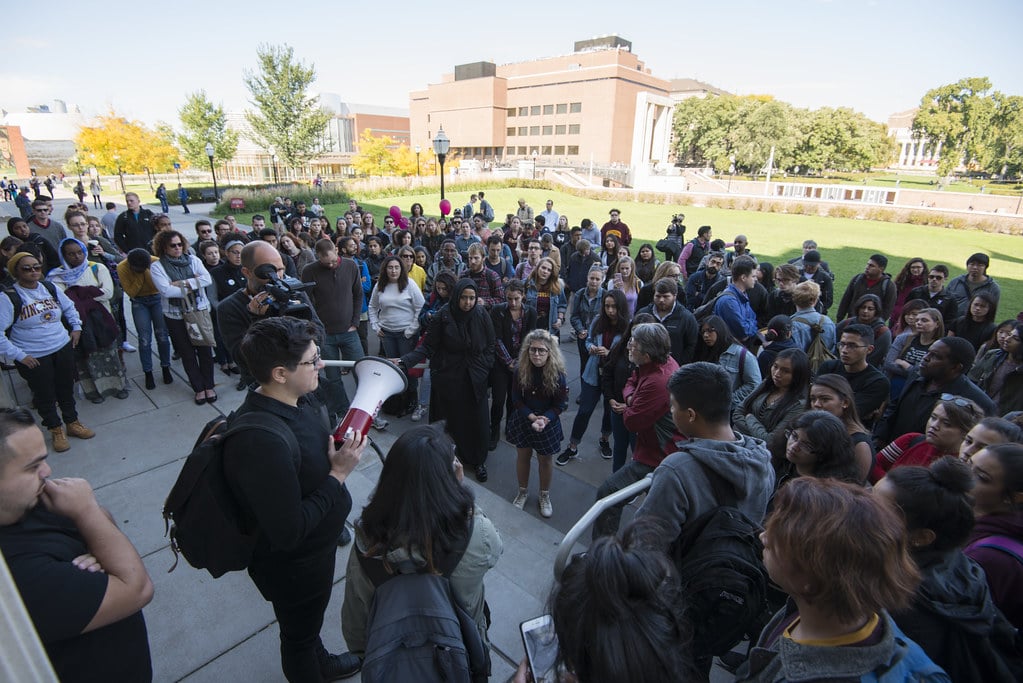 Photo by Fibonacci Blue is licensed under CC BY 2.0

Attending Yale has allowed me to see the “snowflake” crowd up close. Despite what I heard before arriving here, however, the people that receive much of the ridicule in conservative media outlets—some of it well deserved—are just ordinary people.

They are often kind, compassionate, and friendly. Who they are does not match the one-dimensional caricature the media often portrays.

For me, they frequently inspire eye-rolls but rarely anger and never hatred. The term “snowflake” is, in most circumstances, undeserved.

Most of these people think they are fighting for right and making the world a better place. They are angry all the time because they believe there is something about which to be angry.

The culture at such a liberal institution, however, does admittedly leave much to be desired, not necessarily because it is liberal, but because of the confirmation bias such a homogenous environment creates. As a result, the checks on anti-social or obnoxious behavior are lacking.

Angry All the Time

I must confess that I often feel sorry for the campus activist crowd. It must be exhausting to be angry all the time. The fact that someone can be so angry all the time in such a wonderful place is even more perplexing.

For them, there is always some injustice to confront, some evil to fight, some battle to wage. They find injustices where there are none and describe examples of pedestrianly rude behavior in terms of the gravest crimes.

The “social justice warriors” on elite college campuses today, as you might guess, frame everything in terms of “justice.” They attach the justice label to their every cause.

They seek environmental justice, economic justice, racial justice, reproductive justice, and the list goes on. Whatever cause they are supporting, in their minds, they are promoting “justice.”

The danger in this, however, should be obvious. By framing every cause in terms of justice, they must, by definition, see those who oppose them as perpetrators of injustice.

In politics, therefore, there is no allowance for the belief that both sides want what’s best for the country but disagree on the best way to get there.

This leaves little room for dialogue. After all, why would you want to converse with a Nazi?

This way of thinking leads to a strange, simplistic view of the world with no place for nuance and no awareness of internal contradictions or absurdities. To me, the most farcical depiction of such a worldview is the fight for “reproductive justice.”

If abortion rights are a matter of justice, then the debate cannot be over when life begins. There is no room for that in the discussion because the justice label has been assigned to abortion rights. It has been denied the child’s right to life.

There is no place for tension or nuance. This is why there is no longer room for the Clintonian formula of “safe, legal, and rare.” Abortions must not simply be tolerated. They must be celebrated.

As a result, pro-lifers are not arguing that life is inherently valuable and that we as a society must, therefore, protect it.

Instead, pro-lifers stand for injustice in a maniacal effort to oppress women and deny them the right to do what they want with their own bodies.

Therefore, the multi-billion-dollar abortion industry is a paragon for justice, while the Little Sisters of the Poor are the oppressors.

I nonetheless reject any efforts to portray these social justice warriors as one-dimensional beings. Part of my getting to know people with these viewpoints is trying to understand what drives them. I wonder how these people who are so kind and polite so much of the time could turn so vitriolic so quickly.

I think that it is a search for purpose.

For many of these students, I think if they had the opportunity to be God for a day such that they could exercise an omnipotence to forever redress their grievances, the next day, they would find something else about which to complain. There would be some other grave injustice to fight that cropped up overnight.

Heroes of the Past

Greatness, however, is largely the accident of history. Many want to emulate heroes of the past who were in similar situations to themselves. That is understandable.

On college campuses, students often look to the 1960s, to the civil rights movement in particular. They see what students helped accomplish by marching for equal rights and fighting the grave injustices of Jim Crow. They want to be like those students that went before them.

To emulate those people, however, they have to find similar conditions in which to operate, even where those conditions don’t exist. That’s why things as benign as Halloween costumes become such focal points for outrage.

In creating these faux outrages, however, they fail to realize that they cannot merely act like their heroes to achieve their same greatness because they are not faced with the same conditions. Take away the Nazis, and the French Resistance was really just a bunch of terrorists.

At some level, I think, these kids understand this. That is why they must find Nazis where there are none. And this they do with remarkable success.

All their anger, however, is faux outrage. There is something brazenly bizarre about working extremely hard to gain admission into a place like Yale and then show up and immediately start decrying conditions on campus in the worst possible terms.

Yet, despite all the grave evils they find in the Yale system, they do not leave. They do not transfer, refuse to pay their tuition, or refuse their scholarships (funded at least partially by the fossil fuel investments they so adamantly decry).

Their willingness to be part of an organization they so passionately denounce demonstrates how fake their outrage really is, what a cultural dance it has become.

If, in fact, they saw Yale as participating in the rape of the earth and a player in the existential threat to mankind, in the diminishment of the contributions of the Third World, or in the perpetuation of Anglo-centric ideologies, as they claim, then they would not be a part of it. They would flee.

But they don’t. They like the prestige and cultural perks of being an Ivy Leaguer. That is why they are here. And this faux outrage earns them points in a culture run by those nostalgic for their own idealistic student days.

They take advantage of the system they decry for their own self-advancement. Their method is to climb to the top of a ladder, piss down on those who provided that ladder, and call it justice.

They don’t really take what they say seriously. So, perhaps, neither should we.

The genius of the liberal mind is the ability to find a grave injustice in the best of circumstances with a limitless energy for complaint and the airing of grievances. And Yale is an institution full of geniuses.

Yet, this does not diminish what a wonderful place this truly is. Political correctness is the luxury of a secure society, and I am grateful to live in a country and be part of an institution that is so incredibly secure.

Great article, you put words in my mouth. I shared it on FB. I especially liked the quote about the genius of the liberal mind.

Thank you. I’m glad you liked it.