The Authority of Scripture

In this excerpt from my book, The Evangelical and The Open Theist, I discuss the authority of Scripture. 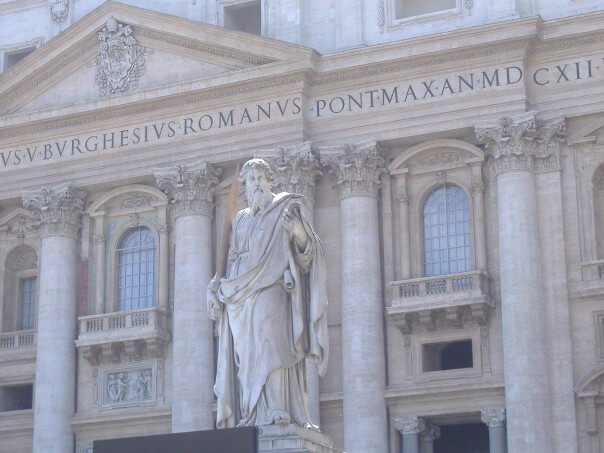 What follows, with some modifications, is an excerpt from my book The Evangelical and The Open Theist.

The Westminster Confession of Faith affirms that the

authority of the Holy Scripture…depends not upon the testimony of any man, or Church; but wholly upon God (who is truth itself) the author thereof: and therefore it is to be received, because it is the Word of God.[1]

Similarly, the preface to the 1978 Chicago Statement on Biblical Inerrancy affirms that the “authority of Scripture is a key issue for the Christian Church in this and every age.” It continues,

As [Christ] bowed to His Father’s instruction given in His Bible (our Old Testament), so He requires His disciples to do—not, however, in isolation but in conjunction with the apostolic witness to Himself that He undertook to inspire by His gift of the Holy Spirit. So Christians show themselves faithful servants of their Lord by bowing to the divine instruction given in the prophetic and apostolic writings that together make up our Bible (Exposition: Authority: Christ and the Bible).

Campus Crusade for Christ affirms that Scripture is the “supreme and final authority in all matters on which it speaks.” In addition, the World Evangelical Alliance affirms Scripture as the “supreme authority of faith and conduct.”

Fuller Theological Seminary, in its doctrinal statement, “What We Believe and Teach,” also affirms this understanding of Scripture.

[Fuller’s] doctrinal commitment is built on a submission to the authority of Scripture, which must stand as teacher and judge of all that we think and do. It both inspires and corrects our doctrine and our conduct. It must always be clear that for us as Evangelicals, the Scriptures outrank all of our doctrinal statements, even statements as carefully written and as strongly believed as those in [this] Statement of Faith.

Evangelicals do not take the authority of Scripture lightly. To the evangelical mind, “what Scripture says, God says; its authority is His authority, for He is its ultimate Author.”[2]

Therefore, evangelicals everywhere agree that Scripture is authoritative in all matters of faith and practice.[3]

This understanding of the authority of Scripture is the distinguishing mark of evangelicalism. Those outside the evangelical fold hold varying different views of Scripture.

Roman Catholics and Eastern Orthodox believers, for example, do not qualify as evangelicals. Their disqualification, however, is not the result of their holding to a lower view of Scripture.

Indeed, these groups confirm Scripture’s infallibility and reliability. They affirm most evangelical statements regarding Scripture.

This is, of course, a gross oversimplification of Catholic and Orthodox beliefs. Suffice it to stay, however, that evangelicals are not the only Christians holding to a high view of Scripture. The ancient churches only deny the evangelical claim that Scripture is the be-all-end-all.

Other groups, notably liberal Protestants, do not afford Scripture the same level of authority or reliability as evangelicals. Indeed, liberal Protestants serve as the best contrast for the purpose at hand. I doubt those arguing that open theists are not evangelicals would claim that they are, therefore, Roman Catholic.

Within the openness debate, there are echoes of the liberal-conservative controversies that have raged within Protestantism for the past two centuries.

Open Theism and Authority of Scripture

The key to understanding the place of open theology within evangelicalism, therefore, lies in ascertaining its compatibility with this evangelical understanding of Scripture. After all, according to evangelical belief, the “supreme judge by which all controversies of religion are to be determined…can be no other but the Holy Spirit speaking in the Scripture.”[4]

“For the evangelical, any theological stance which does not accept the inspiration and authority of Scripture cannot rightly call itself Orthodox.”[5]

If the open theist can, without logical contradiction, affirm both open theology and these foundational evangelical beliefs, then he or she can rightfully claim the title “evangelical.” If not, then the Evangelical Theological Society would have been justified in removing open theists from its membership roles.

[5] Quebedeaux, 5. “Orthodox” is capital in the original. Regardless, the source refers to right belief, making “orthodox” a more appropriate form. There is no reference to the Eastern Orthodox Church.

The Purpose of Scripture