In this post, I continue my reflection on the Catechism of the Catholic Church, giving particular attention to the Church’s understanding of catechesis. 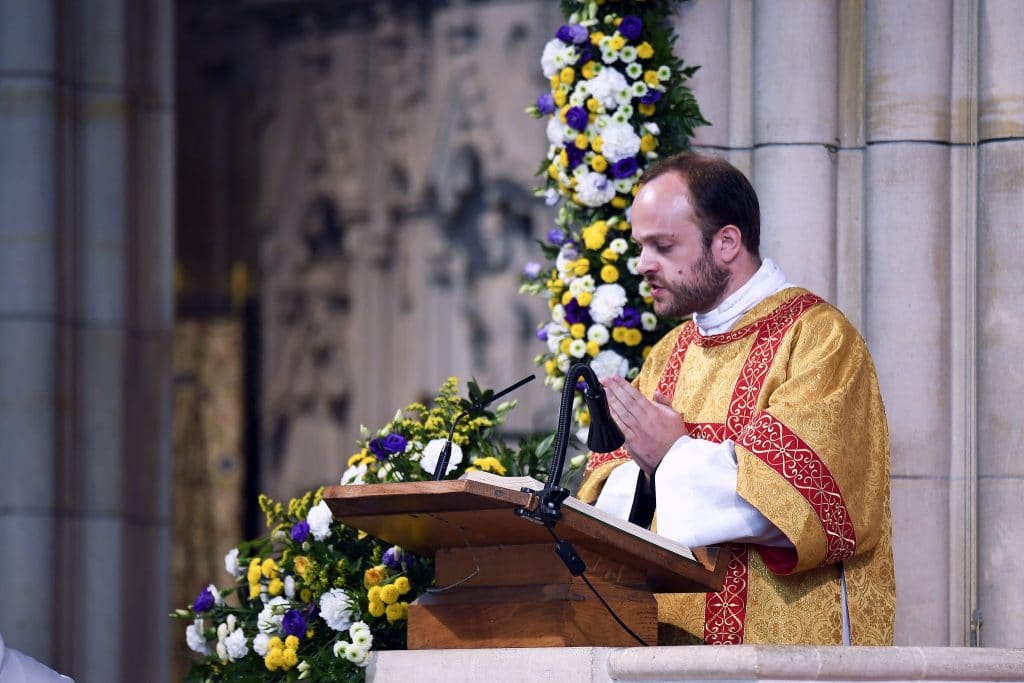 II. Handing on the Faith: Catechesis

4 Quite early on, the name catechesis was given to the totality of the Church’s efforts to make disciples, to help men believe that Jesus is the Son of God so that believing they might have life in his name, and to educate and instruct them in this life, thus building up the body of Christ.

5 “Catechesis is an education in the faith of children, young people and adults which includes especially the teaching of Christian doctrine imparted, generally speaking, in an organic and systematic way, with a view to initiating the hearers into the fullness of Christian life.”

6 While not being formally identified with them, catechesis is built on a certain number of elements of the Church’s pastoral mission which have a catechetical aspect, that prepare for catechesis, or spring from it. They are: the initial proclamation of the Gospel or missionary preaching to arouse faith; examination of the reasons for belief; experience of Christian living; celebration of the sacraments; integration into the ecclesial community; and apostolic and missionary witness.

7 “Catechesis is intimately bound up with the whole of the Church’s life. Not only her geographical extension and numerical increase, but even more her inner growth and correspondence with God’s plan depend essentially on catechesis.”

8 Periods of renewal in the Church are also intense moments of catechesis. In the great era of the Fathers of the Church, saintly bishops devoted an important part of their ministry to catechesis. St. Cyril of Jerusalem and St. John Chrysostom, St. Ambrose and St. Augustine, and many other Fathers wrote catechetical works that remain models for us.

9 “The ministry of catechesis draws ever fresh energy from the councils. [T]he Council of Trent is a noteworthy example of this. It gave catechesis priority in its constitutions and decrees. It lies at the origin of the Roman Catechism, which is also known by the name of that council and which is a work of the first rank as a summary of Christian teaching. “The Council of Trent initiated a remarkable organization of the Church’s catechesis. Thanks to the work of holy bishops and theologians such as St. Peter Canisius, St. Charles Borromeo, St. Turibius of Mongrovejo or St. Robert Bellarmine, it occasioned the publication of numerous catechisms.

10 It is therefore no surprise that catechesis in the Church has again attracted attention in the wake of the Second Vatican Council, which Pope Paul Vl considered the great catechism of modern times. [T]he General Catechetical Directory (1971) the sessions of the Synod of Bishops devoted to evangelization (1974) and catechesis (1977), the apostolic exhortations Evangelii nuntiandi (1975) and Catechesi tradendae (1979), attest to this. [T]he Extraordinary Synod of Bishops in 1985 asked “that a catechism or compendium of all Catholic doctrine regarding both faith and morals be composed[.]” The Holy Father, Pope John Paul II, made the Synod’s wish his own, acknowledging that “this desire wholly corresponds to a real need of the universal Church and of the particular Churches.” He set in motion everything needed to carry out the Synod Fathers’ wish.

Catholicism Is Grounded in Catechesis

This section, while on first glance appearing to be little more than an introductory note, an almost throwaway preface to the Catechism, tells us something fundamental about the Catholic Church. That is, it is the essence of Catholicism that its teachings be preserved not merely for scholars and educated clerics, but for all believers.

The old Protestant trope of Catholicism as a religion for the clergy, who may drop their crumbs from time to time upon the laity, does not square with Catholic teaching.

Admittedly, the Church has done much to earn that reputation. The Latin mass is a good example.

I love the Latin mass. There is something beautiful about it. As I have written about elsewhere, it maintains a sense of reverence toward the Eucharist and Christ’s presence within it, promotes an awe-inspiring sense of worship, and connects believers around the globe in one unified liturgy in communion with the generations of saints that went before.

Yet, for those who do not already feel a profound sense of connection with the Catholic Church, are not well-versed in its teachings, and who do not maintain a personal relationship with Jesus Christ, the Latin mass can do more harm than good.

It gives the appearance of keeping the people at arm’s length, setting them up as a type of audience, watching, but not participating, as the priest does his thing in an esoteric and long-dead language.

Here, however, the Church seeks to dispel any notion that the Catholic Church is a faith merely for its own elite. Indeed, catechesis, the training of believers in the faith, is one of the foundational missions of the Catholic Church, as it should be for any Christian denomination.

Growing up Protestant, I was inundated with religious education efforts and had all kinds of opportunities to delve deeper into my faith. The Catholic Church seeks to do the same thing. What sets the Catholic Church apart, however, can be found within this section of the Catechism.

Notice the great saints to which the Church refers in its discussion on drafting the current Catechism. The Roman Catholic Church does not look merely toward modern scholars exiting its seminaries, or to a Catholic LifeWay, or to various other contemporary denominationally-specific sources of authority.

Instead, the Catholic Church looks to the works of great saints and doctors of the Church as her model. This section explicitly references the genius and holy minds of Cyril of Jerusalem, John Chrysostom, Ambrose, and Augustine.

That is the heritage of the Catholic Church, which she now seeks to pass on to her members. The Church wants to pass down the teachings it safeguards, the teachings she received from Christ and the Apostles, the teachings maintained, discerned, and developed by the great saints throughout history.

Catechesis connects the believer with the Church both in her modern manifestation and her historical existence as lived out by her greatest thinkers and holiest members.

And we find, therefore, in this brief introduction detailing the importance of catechesis, a clear distillation of the importance of delving deeper into the faith. And, with it, we rediscover an appreciation for the Church, which, by the grace of the Holy Spirit, is always renewing herself.