In this article, I discuss doubt and how we choose to believe. This content uses referral links. 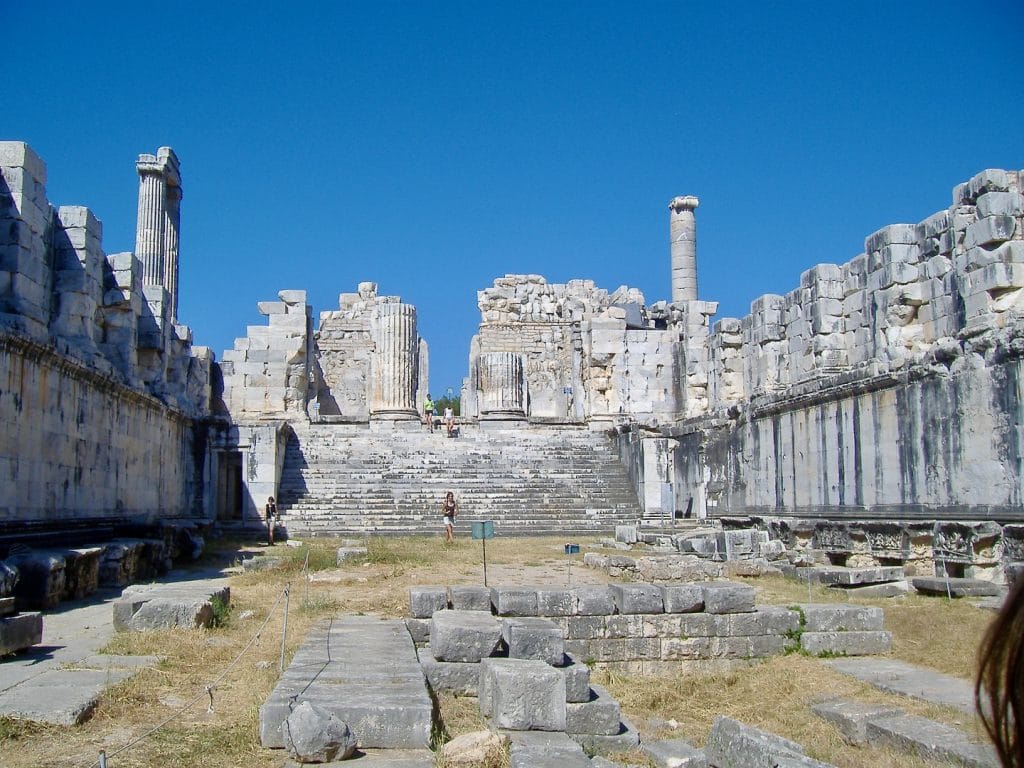 In the summer of 2006, I found myself standing amid the ruins of the Temple of Apollo in the Aydin Providence of Turkey. Looking up at the massive columns still standing in this once magnificent temple, I began to appreciate the greatness of that now dead religion.

Years of labor and immeasurable wealth were dedicated to raising this superb temple, once a splendor of the ancient world. Now it stands in ruins, untended and unappreciated by all but the occasional tourist and academic.

How could a once-influential religion, a faith cradled by one of the greatest civilizations of all time, fall to nothing? How could no worshipers survive?

For centuries, men worshiped this god, who is now relegated to the role of a fictional literary figure. No one anymore argues for the existence of an actual Greek sun god.

Indeed, at that moment, I found the literal remnants of that ancient faith crumbling beneath my feet. The priests that once walked these steps have long since died and disappeared, leaving no successors to fill their roles and no worshipers to continue their faith. I was walking over the corpse of a god, and I could not help but wonder about my own religion.

Undoubtedly, the people of ancient Greece who once walked through the temple corridors genuinely believed that Apollo was a real god with real power. They worshiped and feared their god, as I worship and fear mine. They clung deeply to beliefs that I now found absurd and primitive, but was I right to find it so?

In that moment, I could not help but wonder if one day, another young man would walk through the ruins of the Vatican and wonder what primitive peoples could believe in a god-man who died to save his people from their sins.

Choose to Believe in Christ

Is my faith merely another chapter in the long history of religions that have come and gone? Indeed, perhaps it seems real to me only because I am living in its current epoch, a period that will quickly pass.

And there, in those moments, in that pristine place half a world away, I admitted to myself a feeling I had long thought but long suppressed: there probably is no God.

Something about that moment opened my eyes to the world around me. It told me how small and insignificant I am, not only in the world itself but in the spans of history.

Why should my God be any different? Why should Jesus be any different than Apollo or Thor or Rah? Because I worship him? What sense does not make? What conflated sense of ego would I have to have to believe this?

How We Choose to Believe

As these thoughts began to swirl within my head and take root, I started asking myself some tough questions about life and my faith. I do not believe that faith is something we lose. We may find ourselves inclined toward one belief or another, and we may be seemingly unable to control what we find convincing and what we do not.

At the end of the day, however, faith is a choice. We can choose to believe, and we can choose to accept that which makes no sense, even to us. And there, in those moments, I decided to believe.

I continue to confess the creed of the apostles, even though I must continuously try to convince myself of its veracity. I find myself repeatedly praying, in the spirit of the sinner from the gospel, “Lord, I believe. Help my unbelief,” but I receive no answer.

I am a skeptic. Agnosticism is the only form of faith that makes any real sense to me, a belief system meant for my way of thinking. It is not so arrogant as to assume humanity is capable of knowing or discovering all of reality, but not so gullible as to believe that which cannot be demonstrated.

Yet, I choose to believe anyway. I maintain my faith in spite of myself.

And I continue to pray, “Lord, I believe. Help my unbelief.”