In this article, I discuss the evangelical debate surrounding Christians and alcohol. 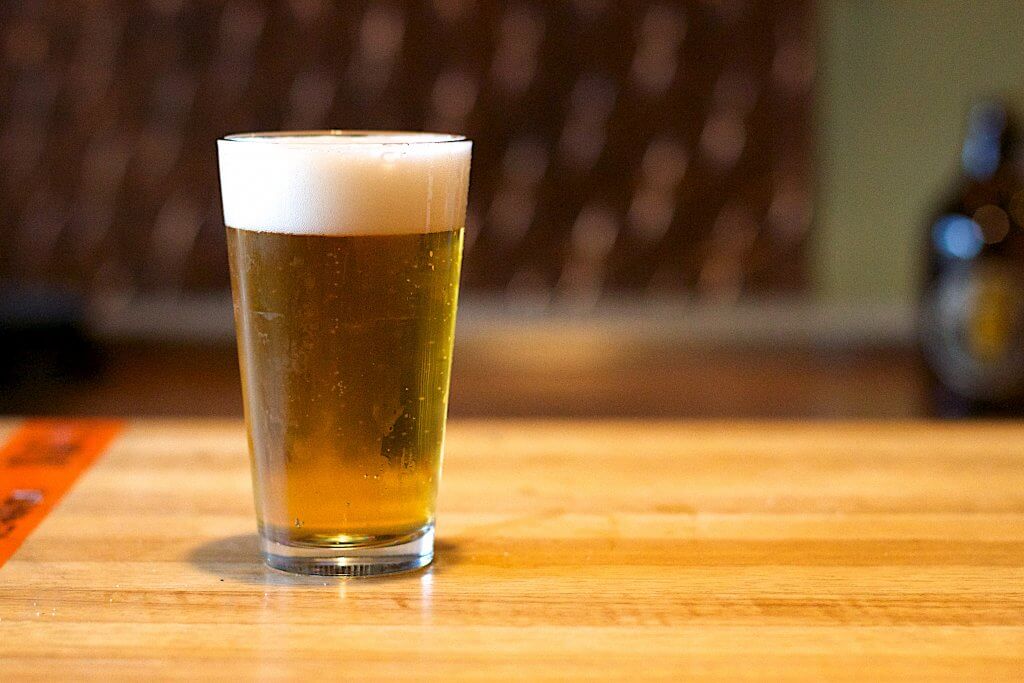 “Do you suppose that abuses are eliminated by destroying the object which is abused? Men can go wrong with wine and women. Shall we then prohibit and abolish women?” Martin Luther

“Wine is a mocker, strong drink a brawler, and whoever is led astray by it is not wise.” Proverbs 20:1

Should a Christian drink? In the pantheon of evangelical debates, the propriety of drinking is one of the most bizarre. The oddity of the debate stems from the efforts of evangelicals on one side to twist the Bible to support a cultural ethic and those on the other unwilling to admit the dangers of the substance they advocate. Our current state is the inevitable result of a polarized debate that disallows any nuance or charitable dialogue.

As the largest Protestant denomination in the United States, the Southern Baptist Convention is the most prominent advocate of abstention. Page Patterson, an SBC leader, famously explained his position on alcohol in a 2006 statement.

Full of disingenuous proof texts, Patterson’s arguments demonstrated everything that is wrong with the current debate.

Nazarites were not just forbidden to consume wine but any grape product, including grape juice and raisins. Nazarites, therefore, could take communion in neither an Episcopal nor Southern Baptist church. (They were also forbidden to cut their hair, leaving one to wonder whether long hair represents “God’s ideal”? (cf. 1 Cor11:14))

In addition, while there were exceptions (e.g., Judges 13:4-7), Nazarite vows were usually temporary (Numbers 6:8). Therefore, those taking the vows were permitted alcohol upon the completion of the appointed time (v. 20).

Patterson takes a temporary act of devotion—somewhat analogous to fasting—and turns it into a prescription for daily living. (Though, conveniently, just one part.)

This fast-and-loose exegetical method should distress evangelicals. Patterson’s statement that 1 Timothy 3:3 forbids pastors from drinking, for example, is a mischaracterization of the verse, which prohibits those “given to drunkenness” from serving. “Not given to drunkenness” does not mean “does not drink” any more than “faithful to his wife” (v. 2) means “celibate.”

As evangelicals, we must not allow our devotion to a cause, however noble, to let us distort Scripture into what we would have it to be.

Patterson elsewhere argues that the wine Jesus created at Cana (John 2:1-11) was likely “pure, rather than fermented, grape juice, since that which comes from the Creator’s hand is inevitably pure.”

There is absolutely no textual support for this argument. Instead, it betrays Patterson’s need to explain away those acts of Christ he finds uncomfortable. (It strains credulity to believe we should consider Welch’s grape juice superior in quality and “purity” than Château Latour, but that’s neither here nor there.)

So, he must grasp for another interpretation consistent with his prejudices. While a very human inclination, it is inconsistent with the evangelical view of Scripture.

In addition, while perhaps anachronistic, the argument must seem laughable to anyone who has ever been to a party. Pulling out the O’Doul’s after the beer is gone is unlikely to be met with anything like the enthusiasm of the chief steward (vv. 9-10).

Patterson’s exegetical gymnastics demonstrate the difficulty of using Scripture to assault the propriety of alcohol. What, then, is the alternative?

In recognition of the lack of Scriptural foundation for prohibiting alcohol, some advocate moderate drinking. This view often finds expression in the crass statement, “It’s ok to drink, just not to get drunk.”

I’ve always found this a curious position. What does it mean to get drunk? Does God keep tabs on our blood alcohol content? Does he only consider our behavior sinful when it reaches .08? (Or perhaps God has stayed with the old .1 standard.)

Does this not reflect the same legalistic mindset of which alcohol advocates often accuse the abstainers, drawing the line a bit further out but using the same scale nonetheless?

I also find this approach curious in its exclusive application to alcohol. Why should we not apply the same standard to other sinful behavior with ambiguous thresholds?

To avoid gluttony, should we determine how much food we can eat in one sitting? Are those who overeat at Thanksgiving guilty? If so, to use Patterson’s words, are those who eat at all trying to “get as close to sin” as possible “without being guilty?”

The difficulty of the issue stems from our inability to place it within the broader context of Christian behavior. Teetotalers have undermined their own arguments through their dubious proof-texting.

They can, nonetheless, provide greater perspective through a pragmatic approach. Indeed, their most persuasive arguments are in their pointing to alcohol’s potentially destructive effects.

There is much truth to Max Lucado’s statement, “I have never heard anyone say, ‘A beer makes me feel more Christlike.’” Of course, Lucado inartfully articulates his point. After all, if Christ drank, then, by definition, drinking would make one more Christlike.

(It is disingenuous to argue that Jesus did not drink. People may accuse teetotalers of being many things, but a drunkard is not one of them. (cf. Matt 11:19))

Lucado’s statement also assigns a standard to drinking we do not apply to other behavior. (For example, I have never heard anyone say, “Taking vacations makes me feel more Christlike.” At what point does pious talk have to give way to practical living?)

Nonetheless, Lucado’s point recognizes the hindrance that alcohol may present to Christian living.

In the spirit of 1 Corinthians 7, perhaps abstainers would be better off saying, “Now regarding alcohol, I have no command of the Lord, but I give my opinion. I think given the dangers of alcohol and the ease with which it can lead you into sin, it is best for you to abstain. But if you drink, you do not sin. Yet those who drink may find themselves eventually led astray, and I would spare you this danger.”

There is firmer ground here. This position also appears to be the general approach of Albert Mohler, President of the Southern Baptist Theological Seminary.

I tend to think drunkenness, like gluttony and sloth, is a sin of habit, rather than a sin of a singular act. (As with most things, however, extreme actions may violate this general principle.)

I am uncomfortable with the approach that places moral acceptability on a scale where three drinks in one night are ok, but the fourth constitutes a sin. I also doubt Scripture would attribute drunkenness to those who freely partake of alcohol on a special occasion—such as a wedding—but who are otherwise temperate and self-controlled.

Nevertheless, we must recognize that alcohol greases the wheels for other sins. By lowering our inhibition, it exposes us to greater danger. So, we must approach its consumption very carefully, if at all.

When we attempt to flatten out the complexities of Christian living, we rob it of all nuance and reduce Scripture to a self-help book. I agree with N.T. Wright’s statement.

[T]emptation always takes as its starting point something which is in itself good. The dualistic division of the world into good things and bad things simply won’t do. There is such a thing as a distinction between good and evil, but we can never get at it by expressing it in terms of different parts of the created world.

Alcohol, he writes, “is such a great thing that Jesus once went to a wedding and made lots more of it.” So,

It would be bizarre if following the Jesus who made more wine for a wedding meant automatically renouncing alcohol…A serious Christian will realize that sin comes not in the thing itself, but in its wrong use; not in part of God’s good creation, but in an attempt to use that good creation as though it were our toy, or our trash.

This is a much more profound view of Christian living in general, and alcohol in particular, than the current debate allows.

With regard to the hardline abstainers, I often think of this passage from Mere Christianity,

One of the marks of a certain type of bad man is that he cannot give up a thing himself without wanting every one else to give it up. An individual Christian may see fit to give up all sorts of things for special reasons—marriage, or meat, or beer, or the cinema; but the moment he starts saying the things are bad in themselves, or looking down his nose at other people who do use them, he has taken the wrong turning.

On the other hand, some rebel against the teetotaler view in a very aggressive and arrogant manner. I believe many do so to soothe their own doubts about alcohol consumption. I know I have. Those on my side of the debate must recognize that the permissibility of alcohol does not alleviate its dangers.

In seeking a satisfactory conclusion to this article, I fear that, as with this debate, there simply is none. Maintaining a dialogue about this issue is desirable. So, Christians should seek to have charitable discussions about the matter, particularly with those with whom they disagree. This approach will help avoid the us-versus-them mentality so prevalent today.

Teetotalers should not seek to diminish the faith of godly Christians who drink. Drinkers likewise should not look down on those who abstain. If anything, they should applaud them.

The debate has taken on a vitriolic demeanor that is simply unacceptable in a community of believers. We should, after all, be striving to build each other up. I pray that the body of Christ can find unity, even amongst a diversity of opinions.