Disciples of All Nations: Pillars of World Christianity – A Review

What follows is a review of Lamin Sanneh’s Disciples of All Nations: Pillars of World Christianity. 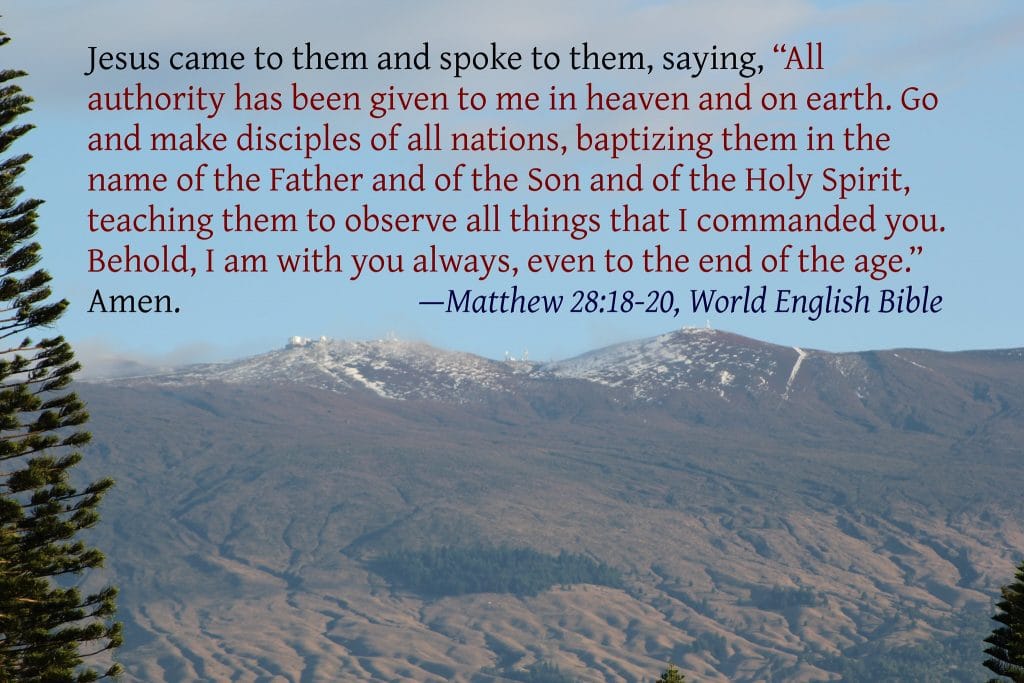 Today, sixty-five percent of the world’s Christian population lives in the Southern Hemisphere or East Asia (Sanneh 2008, 275). The transformation of Christianity from European religion to flourishing third-world faith is a phenomenon Lamin Sanneh explores in his Disciples of All Nations.

Through eloquent prose and expert analysis, Sanneh provides an astute look into the nomadic movement of Christianity, a faith, he argues, capable of making new inroads even as old strongholds fall.

Sanneh’s insight into the adaptability of Christianity as it encounters new cultures is thoughtful and wide-ranging, building on his previous work in demonstrating Christianity to be a religion of translation (see Sanneh 2009, 22).

Disciples of All Nations, by evaluating the most enduring movements within world Christianity, possesses a near-flawless inclusion of materials a book on the history of Christian missions should contain.

The work’s weakness, however, lies in its scattered organizational scheme and its failure to explore third-world efforts to turn the tables on the West by actively combating modern progressive versions of the Christian faith.

Sanneh divides the history of Christian missions into eight main “pillars,” histories that support the current state of world Christianity.

In the pillar of empire, Sanneh evaluates the spread of the nascent faith throughout the Roman world. He upholds as the definitive foundation of the Christian movement the apostles’ decision to shift their focus from seeking proselytes to seeking converts.

By this, he means that early Jewish Christians did not call others into an ethnic or nationalist faith with clear cultural demarcations in which they had no heritage. Rather, Christianity was to be a faith of the individual requiring personal conversion. It could, therefore, “flourish anywhere as experienced-based personal faith” (Sanneh 2008, 13).

With the comparative pillar, Sanneh evaluates the interaction between Christianity and Islam, comparing the different cultures that gave rise to these two great faiths. Sanneh points to Christianity in its “Greek temper,” with its emphasis on intellectual exercise, as the culprit in preventing the gospel’s taking root among the pragmatic Arab population.

“Instead of the disputations of theologians entangled in the intricacies of philosophical opinions,” Sanneh argues, “the Arabs embraced the teachings of Islam because these things gave instructions directed to the members of the body rather than to the spin of a cultivated mind” (Sanneh 2008, 63).

This is not to say, of course, that Arabs lacked intellectual ability but rather that, as nomads, they demanded a more practical, readily applicable belief system.

Through the trans-Atlantic pillar, Sanneh evaluates the spread of Christianity into the New World as European power expanded. The impenetrable trade barriers the Islamic empires erected prompted Europeans to turn to the sea to bypass their Muslim rivals on land.

The economic motivation that pushed Europe into its age of exploration would color missionary activity, as Europeans brought, along with the gospel, patronizing prejudice and a callous disregard for local interests, most grossly manifested in the slave trade (Sanneh 2008, 89, 105).

The following missions and colonial, charismatic renewal, primal, and critical pillars continue with the themes Sanneh discusses in the trans-Atlantic pillar. Here, however, the book’s organizational structure breaks down with overlapping topics so similar that the logic of the chapter divisions is difficult to follow.

The thrust of his argument, however, is that the history of Christian missions is too complicated to collapse into categories of oppression. Rather, he explicitly calls for a “revisionist history,” rejecting the well-worn idea of Christianity in the colonies as an example of “cultural subversion” (Sanneh 2008, 132).

Sanneh instead insists that indigenous groups were not mere “passive victims,” but rather active recipients of the gospel and “agents of history” in their own right (Georges 2010, 134). Indeed, “[c]olonized societies produced a class of national champions as well as imperial supporters,” capable, three-dimensional populations able to manipulate colonial powers to their advantage (Sanneh 2008, 134).

The native people accepted Christianity, even as they rejected “the West’s attempt to impose colonial rule as a Christian mandate” (Sanneh 2008, 165). Armed with their own translation of Scripture—which, ironically, Western missionaries provided them—they made Christianity their own. As they did so, the gospel endowed the native population with both intellectual and (eventually) political independence.

“For new converts with little exposure to the West, Christianity was a revealed religion, and it was only incidentally that it became associated with European civilization” (Sanneh 2008, 204). Through the indigenization of the faith apart from Western civilization, Christianity ceased to be a European faith.

In the bamboo pillar—which stands alone as a kind of tack on with no clear place in the book’s flow—Sanneh shifts his focus to the development and spread of Christianity in China. Here, he shows how, out of the aggressive persecution of the Maoist regime, Chinese Christianity emerged as an influential and powerful global force.

Evaluation of the Disciples of All Nations

Sanneh’s rendition of the history of missions is insightful, both for its explanation for the spread of Christianity across various times and cultures and for its exposition of the very nature of the Christian message itself.

Christianity as a “Translated Faith”

Contrary to Dale Irwin’s critique, Sanneh’s contribution is not in providing a comprehensive “introduction to the construction of world Christianity” (Irvin 2011, 1084), but rather in demonstrating the dynamic expansion and retraction of the Christian faith.

Christianity’s status as a translated, multi-cultural faith distinguishes it from other religious movements. Lacking the nationalist connection of Judaism and the linguistic centralism of Islam, Christianity has been able to adapt and evolve as it has expanded, with the gospel affecting reached peoples even as reached peoples affect the gospel.

The contrast Disciples of All Nations provides between the early Eastern and Western expressions of the faith is particularly insightful in its atypical portrayal of the two churches. While the West promoted cultural adaptation for the sake of its early European mission, the East, “absorbed in bouts of theological hair-splitting,” created an inflexible expression of the adapted faith it inherited (Sanneh 2008, 65).

Sanneh’s presentation challenges the common notion of Roman Catholicism as a church plagued by corruption and divisions and Orthodoxy as a stable institution, spared “upheavals like the Reformation and the Counter-Reformation” (Garvey 1989, 37).

In reality, Roman Catholicism maintained relative unity in the face of diversity for fifteen hundred years, while two major schisms (Nestorian and Monophysite) struck Eastern Orthodoxy within its first half-millennium.

The East-West contrast provides a framework for understanding the inherent nature of the Christian faith. Indeed, it was Western attempts to suppress its previous instinct toward adaptation—condemnation of the translation of Scripture into the vernacular, for example—that led to the eventual breaking out of such adjustments in the Reformation.

A translated faith cannot be contained within old confines; the new wine eventually bursts the old wineskins. This cycle then played out again in the Third World.

Shortcomings of Disciples of All Nations

The book, however, forgoes the opportunity to explore the shift in power dynamics between third-world and Western Christianity. While Sanneh mentions in passing the reaction among African Anglican leaders to the Episcopal Church USA’s enthronement of an openly gay bishop in 2004 (Sanneh 2008, 182), he ignores subsequent subversive activity third-world Primates propagated within the Anglican Communion.

The Anglican Mission in the Americas, for example, saw African Primates planting churches within the territory of other Anglican provinces, an unprecedented move. That Sanneh would ignore the efforts of African Churches to export their brand of Christianity back into the West by sending “missionaries” of their own is perplexing.

This activity set the stage for the Primates’ later entry into communion with the schismatic Anglican Church in North America, thereby pressuring Canterbury to address the demands of the churches of the former British colonies (“Statement from the Global South Primates” 2017; Bailey and Boorstein 2015).

It also foreshadowed the more recent influence third-world churches exerted over the United Methodist Church in its reaffirmation of its traditional teachings on marriage and sexuality (Steele 2019).

A book exploring the history of Christian missions should address such modern shifts in power-dynamics because they complete the story, demonstrating the independent and forceful voice the former target of missions has demanded for themselves within the broader Church.

Indeed, it supports Sanneh’s thesis that indigenous peoples were cultural actors in their own right and that Christianity cannot be appropriately categorized as a Western faith. Sanneh’s failure to discuss it, therefore, suggests, fairly or not, either an underlying bias against these actions or a failure to anticipate the enduring nature of such efforts following the work’s publication.

Nonetheless, Sanneh’s account is counter-intuitive in its insight and, organizational issues notwithstanding, incredibly well-written. With a penchant for the memorable one-liner—“Morality and politics make fickle allies,” “A wet blanket cannot muffle a drum” (Sanneh 2008, 114, 161)—and an eloquence in his prose, Sanneh delivers a definitive work on Christian missions for the twenty-first century.

Book Review – Disciples of All Nations.pdf