How to Talk to Protestants about Divine Revelation 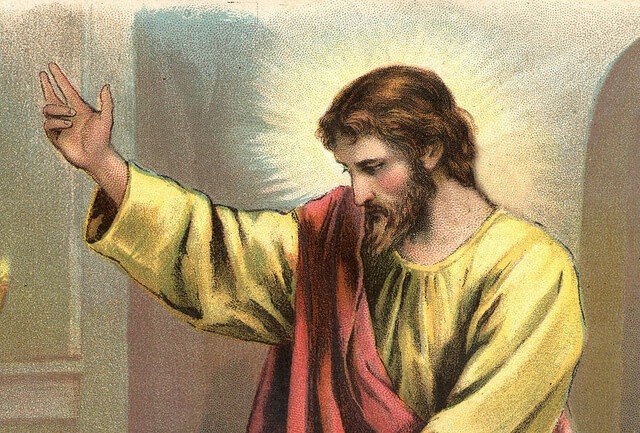 “The essential unity of the formal and material principles of the Reformation lies in the fact that to affirm that Christianity was, formally and materially, solus Christus was perceived by the Reformers ultimately to depend upon the concurrent affirmation that Christ and his benefits could be known sola scriptura.” Alister E. McGrath, The Intellectual Origins of the European Reformation

Foundational to both Catholic and Protestant faiths is a reliance on divine revelation. The Christian faith itself is based on the belief that God has taken the initiative in revealing himself to mankind.

So how do Protestants and Catholics differ in their understanding of the continuing in-breaking work of God in the world? In this article, I will discuss these differences and, in turn, how to talk to Protestants about divine revelation.

Both Protestants and Catholics agree that man is an essentially religious being, possessing an inherent desire to know God. “Man is made to live in communion with God,”[1] and even creation itself points to God, functioning as a type of divine revelation in itself (see Romans 1:20).

“The desire for God is written in the human heart, because man is created by God and for God; and God never ceases to draw man to himself.”[2] In this simple, yet profound, statement we find an extraordinary summary of both the Protestant and Catholic faiths and thus a good starting point in conversations about divine revelation.

This approach works particularly well with evangelicals. Couched in relational terms, the Catholic teaching that “man lives a fully human life only if he freely lives by his bond with God,”[3] plays to a central aspect of the evangelical tradition: personal relationship with God.

By emphasizing God’s love and desire for a personal relationship with us all, you can build instant rapport with many Protestants, paving the way for greater reception and understanding when later addressing more controversial topics.

Both Protestants and Catholics recognize that man holds within him an innate desire for something beyond the material world of his senses. As the great Protestant thinker C.S. Lewis wrote in Mere Christianity, “If we find ourselves with a desire that nothing in this world can satisfy, the most probable explanation is that we were made for another world.”

Yet, while man has an innate longing for God, mere human reason and perception are not sufficient to satisfy that desire. For man truly to know God, God must come to man.

God, who “dwells in unapproachable light”, wants to communicate his own divine life to the men he freely created, in order to adopt them as sons in his only-begotten Son. By revealing himself God wishes to make them capable of responding to him, and of knowing him and of loving him far beyond their own natural capacity.[4]

What an extraordinary place to start, for in this we find a powerful statement of commonality: man is dependent upon a loving and personal God who, in his great love for us, has freely revealed himself to mankind.

From here you can move naturally to the foundation of the Christian faith, the ultimate divine revelation: Jesus Christ.

How to Talk to Protestants about Divine Revelation: Point to Jesus

By refusing to focus on peripheral matters—there will be time enough for that later—and instead pointing directly to the full revelation of God in Jesus Christ, you will force Protestants to recognize that Jesus is not a marginal component of Catholic theology, an ignored entity lost in the cloud of complex religious observance. He is the very foundation of the faith.

In giving us his Son, his only Word (for he possesses no other), God spoke everything to us at once in this sole Word…Any person questioning God or desiring some vision or revelation would be guilty not only of foolish behaviour but also of offending him, by not fixing his eyes entirely upon Christ and by living with the desire for some other novelty.[5]

This statement—with which very few Protestants can find fault—succinctly defines Catholic teaching and serves as a good discussion point when speaking with Protestants.

Many Protestants believe that the Catholic Church constantly changes its doctrine, revising and adding to it when politically and culturally expedient. You must address this misconception head on with the clear pronouncement that Jesus Christ is the full revelation of God and that “[t]here will be no further Revelation.”[6]

While “it remains for Christian faith gradually to grasp its full significance over the course of the centuries,”[7] the Revelation itself does not change. As the Catechism states,

Through the ages, there have been so-called “private” revelations, some of which have been recognized by the authority of the Church. They do not belong, however, to the deposit of faith. It is not their role to improve or complete Christ’s definitive Revelation, but to help live more fully by it in a certain period of history.[8]

Ecumenical Councils, Synods, and Papal Bulls do not therefore claim to provide additional divine revelation, as many Protestants believe. Rather, they serve to help believers discern and workout the fullness of the final divine revelation provided in Jesus Christ.

Protestants will no doubt disagree with many of the conclusions of the Catholic Church—otherwise they would not be Protestant—but by drawing them to the foundational faith, they will at least understand what the Catholic Church is really trying to do through its various teachings and pronouncements.

The Individual and the Church

Protestants are accustomed to discernment efforts and—most—readily admit the complexities of the faith and the difficulty associated with understanding many of Christ’s teachings. Emphasizing that the Church never attempts to add to the faith, focus instead on the real difference between Protestantism and Catholicism: where the discernment of divine revelation should occur.

Protestants tend to conduct the discernment process in private. While they may receive guidance and assistance in their efforts, the Protestant belief in the priesthood of all believers often serves to push the responsibility of ultimate religious and spiritual discernment into the realm of the individual.

For Catholics, however, such discernment occurs in community, that is, within the Church and not the private prayer closet. As with many differences between Protestantism and Catholicism, the real source of debate surrounds the roles of the Church and the individual.

[1] Catechism of the Catholic Church, Chapter One, In Brief.

How to Talk to Protestants about Authority

How to Talk to Protestants