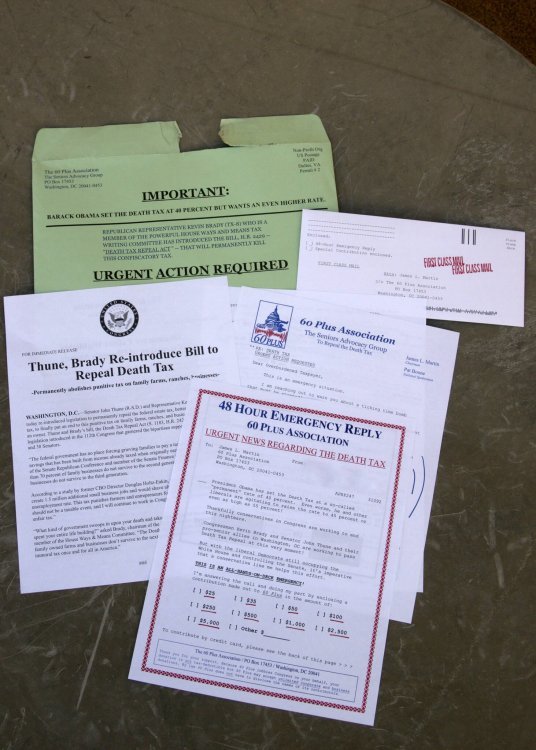 Photo by Judith E. Bell is licensed under CC 2.0.

The estate tax is a tax on large estates levied at death, thus earning the moniker “the death tax.” The estate tax has gone through many changes and revisions since its first modern implementation in 1916, but under the current scheme, estates with assets valued in excess of $5,000,000 are subject to taxation. The $5,000,000 exclusion is adjusted for inflation annually with 2011 serving as the base year. The exclusion amount for 2013 is $5,250,000.

It is important to note that the value of the gross estate is determined by the fair market value of the assets held therein. It is not limited to liquid assets but extends to nearly every aspect of the estate, including the value of land, a family business or farm, and even art and furniture.

Once the gross estate is determined, as with the income tax, federal law allows for various deductions to lower the value of the taxable estate. Property left to a surviving spouse, for example, is generally not subject to the estate tax. Other deductions include bequeaths to charity and certain expenses that the estate may incur after the decedent’s death, including funeral costs and the cost of administering the estate.

From the taxable estate, the tentative estate tax due is determined. Like the income tax, there are several tax tables ranging from 18% to 40% with any amounts in excess of $1,000,000 subject to the highest rate.

Once the tentative tax is determined, credits against the estate tax due are available, the most important of which is the unified credit, which is $2,045,800 as of 2013. (This credit is derived from the current exclusion amount of $5,250,000.) This represents a unified estate and gift tax credit, meaning that the credit amount may be less if the decedent had previously utilized it to make taxable gifts during his or her lifetime. (I will discuss the gift tax in a future post.)

It is important to note that the unified credit—with some limitations—is portable from one spouse to another, meaning that widowed spouses can later utilize both their exclusion amount and the exclusion amount of their deceased spouse.

The estate tax is a matter of great controversy. Some believe it to be a good method to hinder the rise of a large class of “idle rich” and the accumulation in perpetuity of vast amounts of wealth with just a few wealthy families. Others, however, point out that the taxable estate has already been taxed once—and in the case of wealth derived from dividends and capital gains, twice—and so opponents argue it to be unfair to then tax it for a second or third time.

Policy has shifted back and forth for many years, and the estate tax was, in fact, briefly eliminated in 2010. In 2013, however, Congress and President Obama agreed to the current structure.

If the estate tax is a potential concern for your estate, you should consult with an attorney to help you properly prepare. There are many techniques available to lower or even eliminate your estate’s tax bill.