In this post, I continue my reflections upon the Catechism of the Catholic Church with particular reflection upon the existence of evangelical Catholic thought. 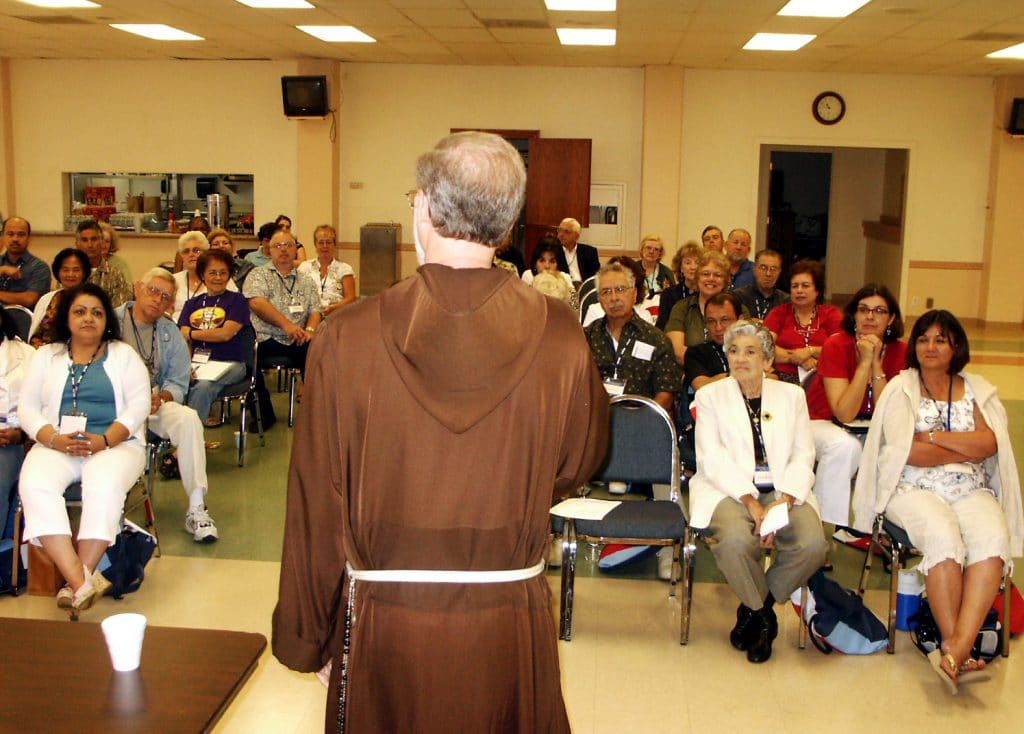 I. The life of man – to know and love God

1 God, infinitely perfect and blessed in himself, in a plan of sheer goodness freely created man to make him share in his own blessed life. For this reason, at every time and in every place, God draws close to man. He calls man to seek him, to know him, to love him with all his strength. He calls together all men, scattered and divided by sin, into the unity of his family, the Church. To accomplish this, when the fullness of time had come, God sent his Son as Redeemer and Saviour. In his Son and through him, he invites men to become, in the Holy Spirit, his adopted children and thus heirs of his blessed life.

2 So that this call should resound throughout the world, Christ sent forth the apostles he had chosen, commissioning them to proclaim the gospel: “Go therefore and make disciples of all nations, baptizing them in the name of the Father and of the Son and of the Holy Spirit, teaching them to observe all that I have commanded you; and lo, I am with you always, to the close of the age.” (Mt 28:19-20) Strengthened by this mission, the apostles “went forth and preached everywhere, while the Lord worked with them and confirmed the message by the signs that attended it.” (Mk 16:20)

3 Those who with God’s help have welcomed Christ’s call and freely responded to it are urged on by love of Christ to proclaim the Good News everywhere in the world. This treasure, received from the apostles, has been faithfully guarded by their successors. All Christ’s faithful are called to hand it on from generation to generation, by professing the faith, by living it in fraternal sharing, and by celebrating it in liturgy and prayer. (Acts 2:42)

What is immediately striking about this passage is its defining the Catholic faith as an evangelistic faith. There is this idea among Protestant evangelicals—some of it deserved—that Catholics do not share their faith and do not seek out converts. And, unfortunately, this has often borne out in practice

This, however, reflects a failure of the Catholic Church to live up to its mission. Evangelical Catholic thought not only exists but forms an essential part of the Church’s self-understanding.

We come close to God, not through good works as the medieval caricatures of Catholicism among Protestants would suggest, but through the grace of God in sending “his Son as Redeemer and Saviour.” Through the work of Christ—not the work of man—God “invites men to become, in the Holy Spirit, his adopted children thus heirs of his blessed life.”

Saved by Grace Through Faith Alone

The Catholic message hinges upon God’s grace in sending his Son. To the Catholic and evangelical alike, salvation comes by grace through faith alone.

Following provisions in the Catechism provides details to which evangelicals may object, but at its foundation, Catholics and evangelicals affirm the same thing here. Man cannot secure his salvation by good works.

Therefore, the evangelical Catholic is not a strange phenomenon, but rather a Catholic living out the true nature of his faith.

The Evangelical Catholic in Daily Mission

Affirming the way by which God has provided for humanity’s salvation, the Catholic Church encourages all those who have experienced this grace of God to share the message of the gospel, making it available to all, for God wills that all be saved.

Faith cannot be a mere cultural expression but must be instead a personal faith that requires a real and life-changing response. This must then give forth to an urge to evangelize the unbeliever.

In this section, there is only once sentence in this section that would have offended my previously evangelical mind. “This treasure [meaning the gospel], received from the apostles, has been faithfully guarded by their successors.”

The successors of the apostles here referenced are the Catholic bishops, which Protestants reject as a source of authority. Nonetheless, the gospel that the bishops have safeguarded, described elsewhere in this section, is fundamentally the same gospel that evangelical Protestants affirm: that God, in his love, sent his Son to provide the means of salvation for all humanity.

Furthermore, the Catholic Church instills the responsibility of maintaining the faith and passing it along to the next generation in all Christians, not just the episcopacy.

For the Catholic Church, faith is not something that is practiced and safeguarded by the bishops alone. The Catholic Church is not merely the pope and his subordinate clergy, who dispense the faith and the grace of God down to the laity through the sacraments, with the laity having no responsibility beyond receiving those exercises of ecclesiastical grace.

Instead, the Church consists of all the faithful. Therefore, every believer has the responsibility of proclaiming the gospel and passing down the teachings of Christ to the next generation while also announcing the good news to the current generation of unbelievers. The evangelical Catholic is, therefore, the faithful Catholic.

The Evangelical Catholic and Salvation

The Catholic Church boldly and without hesitation affirms the grace of God and the sacrifice of Jesus Christ as providing the only means of salvation. In essence, the Church asserts that salvation comes by grace through faith alone and not by good works. The idea that Catholicism is a works-based salvation with a “Jesus plus” formula is a misguided caricature.[1]

[1] Unfortunately, however, such a view may, in fact, be propagated among the ignorant laity. Just as many evangelicals may pervert the faith to believe that they can recite a prayer as a child and thereafter be free to live however they want, assured of heaven, so also some Catholics may adopt a view of the faith whereby they trust in their good works as providing them the means of salvation. At their heart, however, both perversions are works-based distortions of their respective faiths.

Prologue to the Catechism of the Catholic Church