Conclusion of The Evangelical and the Open Theist 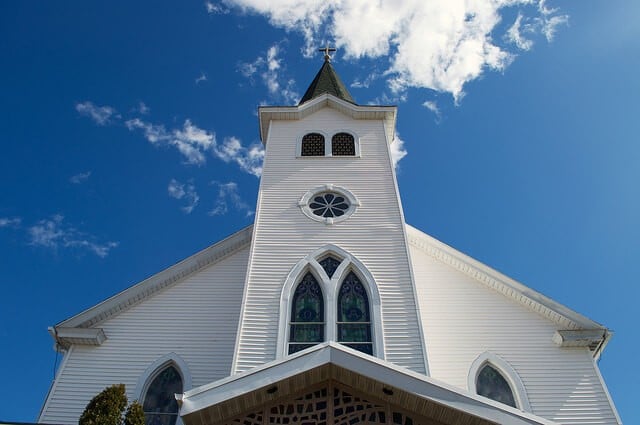 What follows is an excerpt from my book The Evangelical and The Open Theist.

We affirm the divine inspiration, truthfulness and authority of both Old and New Testament Scriptures in their entirety as the only written Word of God, without error in all that it affirms, and the only infallible rule of faith and practice.

This statement from the Lausanne Covenant poignantly sums up the distinguishing evangelical position. Open theology, neither explicitly through its positions or implicitly through logical contradiction, denies the validity of this statement. Adherents of open theism argue their position on strong exegetical grounds. Charges by critics that open theism is incompatible with evangelical theology are simply unfounded and unsubstantiated. Open theology is indeed compatible with and, in fact, driven by evangelical theological presuppositions. At no point does it conflict with the evangelical understanding of either the nature, purpose, or authority of Scripture as outlined in chapter 1 of this book. Why then the controversy?

Often opponents of open theism find themselves unable to make the distinction and assume that, since open theology so radically contradicts their own personal theology and they themselves claim the title “evangelical,” open theology must contradict evangelicalism. It is hard not to appreciate the irony of a conservative Protestant movement reacting violently against those who, on the basis of Scripture, question their community’s deeply embedded traditional religious teachings. Indeed, the Evangelical Theological Society had its own Diet of Worms when it attempted to excommunicate prominent open theists.

The real issue here is a dogmatism that has developed around systematic theology. Proponents of both sides would be wise to recognize the difference between revelation and the organization of that revelation into systems. According to evangelical theology, the former is from God and without error, while the latter is open to human misunderstanding and fallibility. “Theology is nothing more than man’s effort to rationalize God’s biblical revelation,”[1] and both sides would do well to remember this.

[E]vangelicals often use the phrase “authority of scripture” when they mean the authority of evangelical, or Protestant, theology, since the assumption is made that we (evangelicals, or Protestants) are the ones who know and believe what the Bible is saying. And, though there is more than a grain of truth in such claims, they are by no means the whole truth, and to imagine that they are is to move from theology to ideology.[2]

At its heart, the debate is a clash of systematicians. The most ardent claim by opponents of open theology is that it limits God. This, however, is unfounded. Besides the various counters to this charge presented elsewhere throughout this book, this debate begs the question, can systematic theology adequately describe God at all? Doesn’t reducing divine qualities to human theological systems itself limit God?

Systematic theology should not be held on the same level as revelation. Unfortunately, however, it often is, whether consciously or not. Systematic theology is simply the Christian’s—particularly the evangelical’s—best attempt to explain biblical revelation. God is infinite. In order to reveal himself in a way man can comprehend, he must, by logical necessity, limit himself, since revelation of an infinite God to finite man requires a finite manifestation of the infinite, which, of course, can never do justice to the fullness of divine glory. Therefore, every attempt to explain God limits him because man can only explain God in terms of his finite—and thus diminished—revelation of himself. Indeed, God’s lesser glory is the glory he reveals to us.

Just speaking of God limits him because it restricts him to the confines of human vocabulary. To reach beyond this revelation is to reach into the infinite, which the finite mind cannot possibly grasp. God in his wisdom is perfectly capable of understanding what parts of himself man can understand and what parts of himself are beyond his grasp. God is a God who reveals himself in relationship and cannot be known outside his connection with humanity.

In a sense, the relational description of God—speaking of the divine reality in terms of God’s relationship to creation—is inevitable. We have no other vantage point from which to view God than his gracious condescending to us in what we call “revelation.” However, God’s primary concern in revelation is not simply that we be able to formulate propositions concerning his eternal being. God’s intent is that we understand who he is as the eternally relational, triune God and who he is in relationship to the world he has made, in order, that we may enter into fellowship with him. Revelation, therefore, is the self-disclosure of God-in-relation.[3]

Consequently, open theists who claim their system describes God as he actually is, the ontological reality of his nature, fall into the same trap as the die-hard Calvinist. God as he actually is is beyond the grasp of mankind, and the very phrase “ontological reality of his nature” implies the circumvention of divine revelation. We simply cannot know what God knows. I regret that in writing this book I did not have time to explore the early Church’s distinction between the divine essence and energies, as I believe it could shed some light on this debate. I must, however, leave this for another time.

Whether or not open theism corresponds to God’s actual nature is not for man to know, for his actual nature cannot be known. To describe one system of theology proper as an ontological necessity is absurd. Open theism does, however, provide a coherent and clear explanation of revelation—as evangelicals understand the term—while maintaining the evangelical view of the authority and source of that revelation, and so it must be considered a legitimate expression of evangelical thought.

Stanley J. Grenz, in his book Theology for the Community of God, recognizes this danger of collapsing systematics into the revelation it seeks to systematize.

As Christian theologians we are likewise faced with the temptation toward dogmatism. We run the risk of confusing one specific model of reality with reality itself or one theological system with truth itself, thereby ‘canonizing’ a particular theological construct or a specific theologian. Because all systems are models of reality, we must maintain a stance of openness to other models, aware of the tentativeness and incompleteness of all systems. In the final analysis, theology is a human enterprise, helpful for the task of the church, to be sure, but a human construct nevertheless.[4]

The debate over the legitimacy of open theism within the evangelical camp represents a move toward dogmatism with traditionalists in a sense affirming their own branch of evangelical thought as the only legitimate evangelical position. This is clearly a mistaken approach to the broad theology that is evangelicalism. Open theology at no point threatens evangelical theology but rather fits perfectly into the movement’s foundational beliefs. The controversy is not the result of open theology itself, but of a group of evangelicals unable to distinguish their systematic interpretation of their source of authority from the authority itself.

Furthermore, the immense amount of effort poured into proving that open theists are not evangelicals distracts from the real purpose of evangelicalism: evangelism.

There is…an urgency about the way we go about our work. We resent unnecessary distractions; we resist unbiblical diversions. Can anyone believe that all other activities should be suspended until all Evangelicals agree on precise doctrinal statements? We certainly cannot. Hundreds of missionaries are looking to us to help them get the gospel to those who have never heard it. Scores of pastors count on us to analyze the mission of their congregations so that their growth will be encouraged. And, thousands of students look to us each year to equip them for ministry in churches, in cross-cultural overseas missions and in counseling clinics. To be truly Evangelical surely means more than debating about what Evangelicals are and who deserves the name. It means getting on with the Evangelical task. We are not a lodge carefully screening its members and briefing them with secret information. We Evangelicals are part of the church, grateful for our salvation and obedient to Christ’s calling.[5]

[5] “Fuller Theological Seminary: What We Believe and Teach.”