In this excerpt from my book The Evangelical and The Open Theist, I continue my discussion of Exodus 32:7–14 and God’s changing his mind. 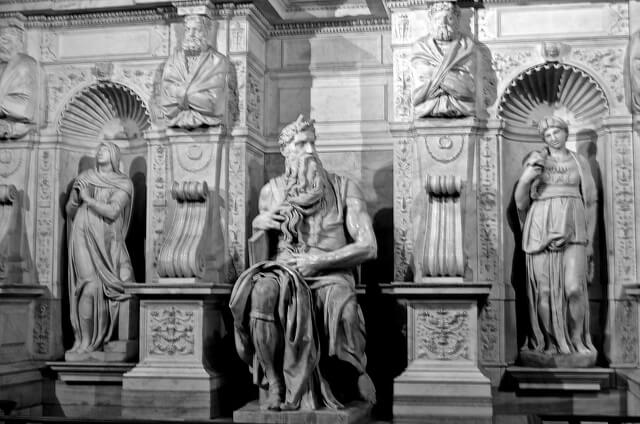 In Exodus 32:7–14, open theology gains one of its most powerful points in arguing its case.

In his reaction of anger, Yahweh reveals another side of himself. The Hebrew word translated here, “leave me alone,” is one of the most explicit words in all of Scripture emphasizing Yahweh’s vulnerability.[1]

For example, in 2 Samuel 16:11, David tells those who want to kill Shimei for cursing him to “leave him alone; let him curse” (emphasis added), and in Hosea 4:16-17, Yahweh says through Hosea, “The Israelites are stubborn, like a stubborn heifer. How then can Yahweh pasture them like lambs in a meadow? Ephraim is joined to idols; leave him alone!” (emphasis added).

In each of these passages, someone with power over another is asked to refrain. Only in Exodus 32:7–14 is Yahweh the one affected by the request, as the omnipotent God asks a human being to “leave me alone so that…”[3] demonstrating a relational aspect of Yahweh’s character.

Now, for this phrase to make sense, Yahweh must already have decided to judge the Israelites;[4] yet for some reason, he surrenders some of his power to Moses. He is simply unwilling to act without drawing Moses into the decision-making process.[5]

Yahweh could very well shut the door on any possibility of intercession, as he does in Deuteronomy 3:26 when Moses pleads with Yahweh to allow him to enter the Promised Land.[6]

Here, however, Yahweh threatens the worst possible punishment but conditions it upon Moses’ willingness to leave him alone. “Moses could conceivably contribute something to the divine deliberation that might occasion a future for Israel other than wrath.”[7]

Tension builds as the reader expects Moses now to attempt to “calm Yahweh.”[8]

But Moses sought the favor of Yahweh his God, “O Yahweh,” he said, “why should your anger burn against your people, whom you brought out of Egypt with great power and a mighty hand? Why should the Egyptians say, ‘It was with evil intent that he brought them out, to kill them in the mountains and to wipe them off the face of the earth’? Turn from your fierce anger: relent and do not bring disaster on your people. Remember your servants Abraham, Isaac and Israel, to whom you swore by your own self: ‘I will make your descendants as numerous as the stars in the sky and I will give your descendants all this land I promised them, and it will be their inheritance forever.’” Then Yahweh relented and did not bring on his people the disaster he had threatened (vv. 11-14).

Moses refuses to concede to Yahweh’s request.[9] Instead of accepting Yahweh’s intentions, he pleads for the people,[10] whose interests he has learned to put first.

Moses begins to reason with Yahweh,[11] trying to persuade him from doing what he has threatened.[12] He shifts Yahweh’s language, reaffirming that the Israelites are indeed “your people, whom you brought out of Egypt” (v. 11).

[4] Fretheim, Exodus, 283. The psalmist later recounts this episode, noting that Yahweh “would [have] destroy[ed] them—had not Moses, his chosen one, stood in the breach before him to keep his wrath from destroying them” (Ps 106:23).

[7] Fretheim, Exodus, 283-84. Yahweh’s requiring the consent of Moses, however, does not minimize the seriousness of the threat or the intensity with which Moses sought to save the people from Yahweh’s wrath. Indeed, Deuteronomy 9:25 tells of Moses’ lying prostrate before Yahweh for forty days and forty nights interceding on behalf of the people. Childs, Exodus, 568. Some may argue that Yahweh is testing Moses to see if he would simply accept Yahweh’s new promise and disregard his role as mediator for the people. There is no support for this in the narrative, however, which paints Yahweh’s response to Moses’ intercession as a genuine change of heart. Fretheim, Exodus, 284. In addition, as an argument against open theism, this position accomplishes little, as the need to test Moses would introduce a level of uncertainty into God’s knowledge of the future.

[8] Durham, 429. Yahweh’s frustration is easily understandable in light of the surrounding context. During the Sinai experience beginning in chapter 19, Yahweh gives the Israelites his laws, finishing his speech to the people with a warning not to serve other gods. To this the people respond, “We will do everything Yahweh has said; we will obey” (24:3). Yet, the very next recorded statement of the people is “Come, make us gods who will go before us. As for this fellow Moses who brought us up out of Egypt, we don’t know what has happened to him.” The people were quick to turn away indeed. J. Clinton McCann, Jr., “Exodus 32:1-14,” Interpretation 44.3 (Jul 1990): 227.

[11] Moses is thereby assuming Yahweh to be a God who takes reason and logic into account when making decisions (Fretheim, Exodus, 285).