In this excerpt from The Evangelical and The Open Theist, I discuss Exodus 32:7-14 and its depiction of the relational divine nature. 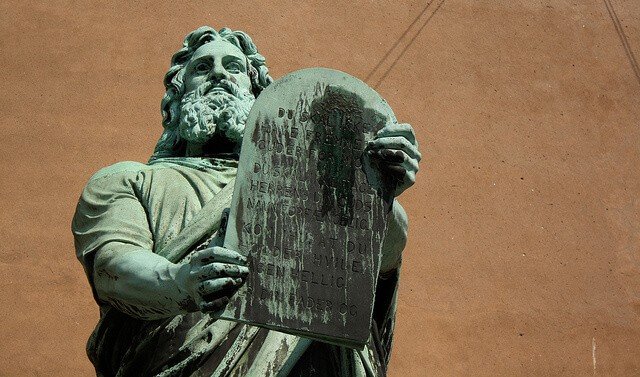 Of all the passages of Scripture speaking to the issue of divine repentance, few garner as much attention as Exodus 32, where, in dramatic fashion, Moses successfully convinces Yahweh to refrain from destroying the Israelites.

Because of its centrality within the controversy surrounding the issue, I will spend the most time on this passage, allowing my exegetical analysis of its teachings to lay the foundation for later discussion on the topic.

Then Yahweh said to Moses, “Go down, because your people, whom you brought up out of Egypt, have become corrupt. They have been quick to turn away from what I commanded them and have made themselves an idol cast in the shape of a calf. They have bowed down to it and sacrificed to it and have said, ‘These are your gods, O Israel, who brought you up out of Egypt.’ I have seen these people,” Yahweh said to Moses, “and they are stiff-necked people. Now leave me alone so that my anger may burn against them and that I may destroy them. Then I will make you into a great nation (Exodus 32:7-10).[1]

The heart of the story lies in the contrast between the apostasy occurring in the valley and the giving of the covenant on the mountain. Verse 7 marks an immediate shift from the scene of merrymaking in the Israelite camp as they celebrate in the shadow of their new idol (v. 6) to Yahweh’s immediate reaction (vv. 7-10).[2]

A “momentum of haste” builds in the narrative as Yahweh creates an urgency through his quick, successive use of verbs: “Go down!…you brought up…have become corrupt…have been quick to turn away…have made themselves an idol…have bowed down to it and have sacrificed to it…have said….” These are intermeshed with verbs referencing Yahweh himself: “I commanded…I have seen…my anger may burn…I may destroy…I will make you….”[3]

Yahweh, in the midst of making his covenant with Israel, quickly changes his attitude in response to her quick apostasy, as if to say, “[t]here is no purpose in continuing with covenant laws when the covenant has been shattered.”[4]

Earlier, Yahweh had referred to the Israelites as “my people” and “my firstborn son” (4:22). No longer. They now belong to Moses.[5] Yahweh’s fury at the infidelity of the people culminates in his disowning them.[6]

From the beginning, the covenant has been conditioned upon the obedience of the Israelites. Now that they have broken it, Yahweh declares the covenant null and void.[7]

Israel has corrupted herself (v.7), condemning herself with her own words: “These are your gods.”[8]

The ramifications of Israel’s fateful decision would echo throughout her history, as the rabbis themselves counted the golden calf incident the worst sin of Israel’s entire history, going so far as to declare, “Had Israel waited for Moses and not perpetrated that act, there would have been no exile, neither would the Angel of Death have had any power over them.”[9]

In effect, God informs Moses that if this is what the people want to believe and confess, let them. “But…if they wish to make confession of a deliverer other than Yahweh, then they will have to bear the consequences.”[11]

Exodus 32 and the Relational God

Here the openness argument finds validation. This passage demonstrates Yahweh’s reaction to the people’s behavior. It does not describe the impassible God of classical philosophical thought, knowing from eternity the inevitability of this sin.

Instead, it depicts Yahweh as a vulnerable God, reacting in pain to the rejection he has experienced at the hands of his people. The text suggests that Yahweh is genuinely wounded by the people’s rejection.[12]

After an emotional outburst, Yahweh reaches a fateful decision, which demonstrates his willingness—and ability—to change his plans radically in response to the deeds of his people. He declares his intentions to completely annihilate the Israelites, throwing the nation’s special election into the balance.[13]

The narrative leaves no room for ambiguity regarding Yahweh’s rage. The whole of the Exodus account thus far has followed Yahweh’s fulfillment of his promise to the patriarchs.

By transferring his promise from Abraham to Moses, and thereby setting Moses up as a new Abraham, Yahweh demonstrates just how serious he is about wiping out the Israelites and starting over his plans to bless Abraham’s descendants with Moses.[14]

The text does not support the argument that Yahweh is simply putting on a show to teach Moses a lesson. Every indication is that Yahweh is serious about carrying out his proposal.

[1] Where I felt clarity so required, I replaced the English translation of the divine name (generally rendered “the LORD”) with “Yahweh.”