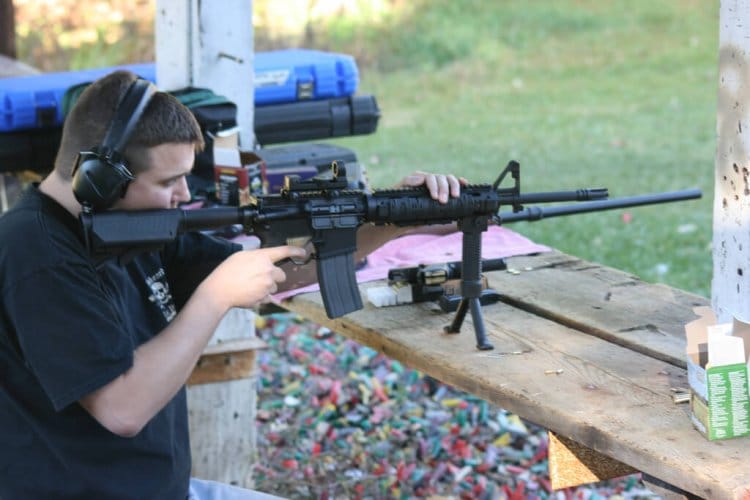 The National Firearms Act requires that any individual seeking to take possession of Title II weapons must submit an application to The Bureau of Alcohol, Tobacco, Firearms and Explosives—or ATF— along with a $200 tax stamp. The individual seeking to obtain a Title II weapon must also obtain the consent of the local Chief Law Enforcement Officer (CLEO)—usually the county sheriff or local police chief—and submit fingerprints and a photograph. Problems can arise when the CLEO refuses to provide consent. Since very few states require the CLEO to cooperate with an applicant, there is little that an individual so denied can do about it.

Gun trusts can help alleviate the burdens associated with the acquisition process. Acquiring Title II weapons through a gun trust allows an individual to forego obtaining the consent of the CLEO and submitting fingerprints and photographs. Federal law simply does not impose these requirements on a trust seeking to acquire Title II weapons. So, using a gun trusts to acquire Title II weapons helps ease some of the administrative burden associated with acquiring such weapons while at the same time providing greater assurance of success.

A trust is a legal entity that exists separately from both the settlor—or creator—of the trust and the trustee—the person responsible for managing the trust. (The settlor and trustee can be the same person.) So, when acquiring Title II weapons through a gun trust, it is the trust, rather than the individual setting up the trust, that acquires the weapons. The individual seeking to obtain possession of the weapons can simply name him or herself the trustee of the trust. As trustee, that individual would have access to the Title II weapons and would have the ability to possess and use them in the same way as if he or she acquired the weapons as an individual. While the trust legally owns the weapons, the trustee maintains the marks of ownership.

The utilization of a trust becomes even more useful when gifting, passing down, or otherwise transferring Title II weapons. Since the trust legally owns the weapons, trustees can be changed or added without invoking the transfer requirements of the National Firearms Act of 1934. This means that a father with a Title II weapon in a gun trust can gift the weapon to an adult child by naming the child the new trustee without having to submit a new application to the ATF or pay another tax. In addition, since multiple trustees can be added, a trust is a good way for several people to share “ownership” through one trust.

Please note that using a gun trust to acquire a Title II weapon does not alleviate all the burdens and restrictions associated with the process. Only those individuals who would be eligible to purchase Title II individually can serve as trustees. Persons ineligible to serve as trustees of a gun trust include convicted felons, individuals adjudicated mentally incompetent, individuals convicted of misdemeanor domestic violence offenses, users of illegal drugs, those dishonorably discharged from the United States military, and anyone who has renounced his or her United States citizenship.

If you are interested in acquiring a Title II weapon, whether that be a machine gun, suppressor, or short-barreled shotgun, you should consider using a gun trust. The easiest way to do this is to set up a gun trust before entering into a purchase agreement with a licensed dealer, and so it is best to speak with an attorney prior to beginning the process of purchasing a Title II weapon.