In this post, I address some common misunderstandings regarding the Supreme Court’s recent Hobby Lobby decision and its holding on religious liberty. 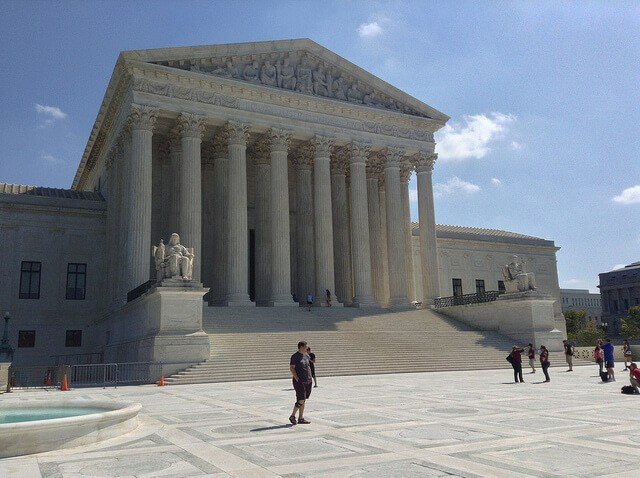 On June 30th, the United States Supreme Court handed down its decision in Burwell v. Hobby Lobby. In a 5-4 ruling, the Court held that the Department of Health and Human Services cannot require for-profit corporations to provide certain types of contraceptives that violate the religious beliefs of their owners.

Of course, the inevitable vitriolic rhetoric ensued from both sides of the political divide. As I listened to these reactions, however, it became apparent that very few of the commentators had actually read the opinion. As often happens when the Supreme Court rules on a matter of political consequence, misunderstanding and demagoguery abound.

On whichever side of the political debate you fall, however, it is important to understand the facts, so that you can better present your case. Below I have outlined some very common misconceptions about the Hobby Lobby decision with relevant corrections.

The Court did not address the First Amendment in its ruling. The case turned on a federal statute known as the Religious Freedom Restoration Act of 1993.

The Religious Freedom Restoration Act states that the government cannot “substantially burden a person’s exercise of religion even if the burden results from a rule of general applicability,” except where it can show “that application of the burden to the person—(1) is in furtherance of a compelling governmental interest; and (2) is the least restrictive means of furthering that compelling interest.” If the government cannot make such a showing, those whose religious beliefs are violated must be exempted from that rule.

Congress passed the Religious Freedom Restoration Act in response to the Supreme Court’s decision in Employment Division v. Smith, which held that “neutral, generally applicable laws may be applied to religious practices even when not supported by a compelling governmental interest.” It was on the basis of this law, and not the First Amendment, that the Court struck down the contraception mandate.  (The Court did not completely strike down the mandate; it simply provided an exception for employers who object on religious grounds.)

#2 The Court Struck Down a Provision of the Affordable Care Act.

The Court’s ruling did not alter the Patient Protection and Affordable Care Act of 2010—colloquially known as “Obamacare.” Much of the confusion surrounding this point seems to stem from a lack of understanding of the modern administrative state. While your 9th grade civics class likely taught you that Congress passes the laws and the Executive enforces them, the reality is not that simple.

A large portion of our bodies of laws are not actually statutes passed by Congress but regulations written and implemented by executive agencies. Congress often delegates legislative duties to the executive branch, which then promulgates regulations that have the force of law despite never receiving Congressional approval. This is what happened here.

The Department of Health and Human Services then issued a regulation stating that “preventive care” includes the provision of those contraceptive methods approved by the FDA. It is this regulation that the Court altered, not any provision of the Affordable Care Act itself.

In the hierarchy of federal law, the Constitution trumps congressionally enacted statutes, and congressionally enacted statutes trump regulations. So, while regulations have the force of law, they cannot violate the statutes that Congress has passed. The Court here held that the regulation requiring employer health plans to provide contraceptives violated the Religious Free Restoration Act and so could not stand.

#3 The Court Held That Corporations Are People.

This is a very understandable misconception, particularly for those who may have just glanced through or read quotes from the opinion. The Court did not say that corporations are people but rather that corporations are “persons” within the meaning of the Religious Freedom Restoration Act.

This may sound like a distinction without a difference—thus the source of the confusion—but it isn’t. For legal purposes, the word “person” usually does include both artificial persons—such as corporations—and natural persons.

The Court simply found that there was no reason to define “person” as it appears in the Religious Freedom Restoration Act differently from the definition provided by 1 USC § 1, particularly given that the government conceded the word “person” should include non-profit corporations. Of course, the dissent disagreed with the majority’s finding, arguing that the context suggested an alternative definition, but the distinction between the words “people” and “persons” is an important one to understand when attempting to intelligently discuss the case.

Many comments from both sides focused on “the pill.” Hobby Lobby did not, however, raise any objection to providing a health plan that covered birth control pills. Of the twenty FDA approved contraceptives that the regulation required employers to cover, Hobby Lobby objected to providing only the four that prevent further development of an existing embryo. (These are sometimes called abortifacients and include the morning-after pill.)

So, it is important to note that the decision did not specifically address “the pill.” Nevertheless, it is not at all inappropriate to discuss the decision’s implication for other contraceptive methods, such as the pill, as other business owners with strongly held religious belief—devote Roman Catholics immediately come to mind—will likely use the ruling to avoid providing birth control pills.

#5 Corporate Personhood Is the Novel Invention of the Roberts Court.

There is a common view that corporate personhood is a novel invention of the Roberts Court. I saved this misconception for last because the issue is quite nuanced and could actually not be a misconception, depending on how you look at it.

As discussed above, the idea that corporations are persons is quite common in normal legal jargon. After all, the statutory definition of persons includes corporations. The real issue is whether for-profit corporations can exercise religion—the government conceded that sole proprietorships, general partnerships, and non-profit corporations could potentially make a free exercise claim—and this is a more difficult determination to make.

Prior Supreme Court cases may suggest that businesses can bring free exercise claims. In Braunfeld v. Brown, the Court allowed retail merchants to bring a free exercise case. Though it ruled against the merchants on the merits, the Court did not say that the businesses did not have the right to make the claim.

The businesses in Braunfeld, however, were sole proprietorships, not corporations. The majority in the Hobby Lobby case stated that the act of incorporating does not extinguish a business owner’s right to bring a free exercise claim, but the dissent adamantly disagreed—and indeed expressed skepticism that any for-profit business could, incorporated or not.

More relevant, in Gallagher v. Crown Kosher Super Market of Massachusetts, Inc., a kosher market organized as a for-profit corporation sued over Massachusetts’ Sunday closing law. The state argued that, as a corporation, the petitioner did not have standing to assert a free exercise claim. No member of the Court, however, expressed agreement with this argument.

So, while the holding of the Court in the Hobby Lobby case is, in fact, the first of its kind, it is not wholly novel.

As you can see, the Court’s ruling is quite nuanced. While there is plenty of room for honest disagreement, both sides should understand what is actually being debated. (In this case, the heart of the debate is whether a for-profit corporation is capable of exercising religion or whether business owners are capable of exercising religion through their corporations.) Whatever side of the debate you are on, I hope that this helps you better understand and articulate your position.