How to Talk to Protestants 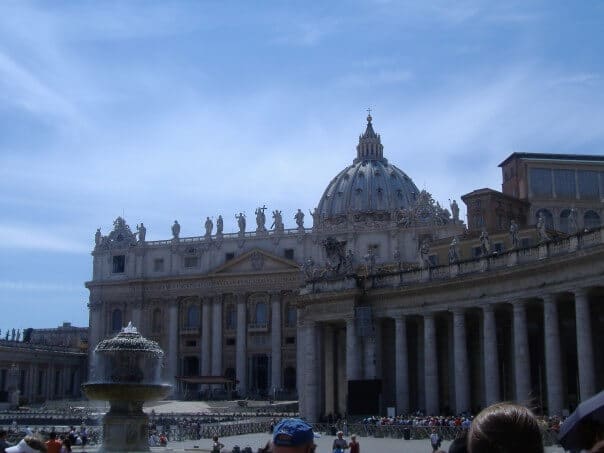 “Far more serious still is the division between the Church of Rome and evangelical Protestantism in all its forms. Yet how great is the common heritage which unites the Roman Catholic Church, with its maintenance of the authority of Holy Scripture and with its acceptance of the great early creeds, to devout Protestants today!” J. Gresham Machen, Christianity and Liberalism

In these series of articles, I will seek to help Catholics learn how to articulate their Church’s teachings in Protestant terms, and, in doing so, to disarm much of the Protestant objection to Catholic theology.

I am not Catholic, so my purpose in writing these articles is not to provide a Catholic apology. Rather, I want to help Catholics learn how to talk to Protestants because I have a tremendous respect for the Catholic faith that I hope my Protestant brethren will come to share.

For several years, I seriously considered joining the Catholic Church. While I eventually decided against it—and developed a deeper commitment to my own faith tradition as a result—this time in my life provided me with a greater understanding of Catholicism and the lines that divide us.

In writing these articles, I want to help Catholics understand the Protestant perspective, the nuances of Protestant theology, and the biggest Protestant hang-ups with Catholicism. By learning about Protestant culture, Catholics can learn to communicate their beliefs in a manner that helps Protestants not only understand but also appreciate Catholic thought.

I grew up in a conservative evangelical church setting where Protestants frequently questioned the legitimacy of Catholicism as a Christian faith. Yet, through the course of my theological education at a Southern Baptist university, I acquired a greater appreciation for the ancient churches, particularly the Roman Catholic Church.

As I read Catholic literature—as well as the early church writings on which much of Catholic doctrine is based—I concluded that Protestant animosity generally stems from a lack of understanding of Catholic teaching, which is often caused by linguistic differences. Catholics and Protestants often say the same thing in very different ways, and navigating through this fog of semantics is critical to promoting understanding. Learning how to talk to Protestants requires learning Protestant vocabulary.

Protestantism arose as a reaction against the abuses of medieval Catholicism, and so much of Protestant theology is couched in reactionary terms. Consequently, the buzzwords against which Protestant theology so violently reacts are part of the Catholic vernacular, even when there is no real disagreement.

Catholics and Protestants share so much common ground that promoting mutual understanding will go a long way toward what should be the ultimate goal of both Catholics and Protestants: Christian unity. Theological disagreements notwithstanding, any eventual ecclesiastical unity must go through Rome. I tend to believe that a unified Church will act a lot like evangelical Protestantism, sound a lot like Orthodoxy, and look a lot like Catholicism.

As a Protestant, I am not naïve about the issues hindering the realization of that unity, but I nonetheless look with hope toward a day of eventual reunification. While I believe the Reformation was a necessary reaction against a corrupt and impious church, its necessity was tragic and demonstrated a shortcoming in the Body of Christ we should work together to remedy.

Many matters of faith and practice separate us, but if we are to work toward the unity Christ desired, we must find our common ground. Fortunately, we share in common our faith’s very foundation: Jesus Christ.

Catholics and Protestants too often focus their discussions on peripheral issues—the Virgin Mary, Purgatory, the Pope—discussions which are frequently plagued by ignorance and misunderstanding. Consider, however, the opening of the Catechism of the Catholic Church:

“FATHER,…this is eternal life, that they may know you, the only true God, and Jesus Christ whom you have sent.” (John 17:3)

“God our Saviour desires all men to be saved and to come to the knowledge of the truth.” (1 Timothy 2:3-4)

“There is no other name under heaven given among men by which we must be saved.” (Acts 4:12)

Here we find the starting point in any dialogue. Both Catholics and Protestants build their faith on Jesus Christ, the belief that the Christian faith is an evangelistic faith, and the belief that salvation comes through Christ alone. Instead of continuing to fight the religious battles of sixteenth-century Europe, we should focus on our current foundational beliefs.

Indeed, many of the political issues that prompted the Reformation—the rampant corruption of the Catholic Church, the temporal power of the papacy, the efforts of German princes to secure their own political independence, etc.—are now moot, and so there is no reason to continue fighting wars on extinct battlefields.

How to Talk to Protestants about Faith

Many Protestants believe Catholics ascribe to a works-based salvation. This again stems from their perception of Leo X’s Catholicism. (Few Protestants have an understanding or even knowledge of the Counter-Reformation.)

Catholics should begin discussions with Protestants with the unequivocal assertion that salvation comes only through faith in Jesus Christ. In a future article, I will discuss this issue in greater detail, as there are significant theological differences regarding the salvation process. Nevertheless, works-based salvation—as Protestants understand the term—does not properly articulate Vatican teachings, and so it is good to dispense with this understanding right off the bat.

Catholics can also point to the 1999 Catholic/Lutheran Joint Declaration on the Doctrine of Justification. The fact that Catholics and Lutherans were able to issue a joint statement regarding the doctrine that prompted the Reformation in the first place demonstrates the misunderstandings about Catholicism that Protestants—particularly evangelicals—harbor.

The mutual distrust that has for so long characterized dialogue between Protestants and Catholics must end. I hope that through these series of articles, I can provide some insight into Protestant culture for those Catholics seeking to engage with their Protestant friends.

How to Talk to Protestants about Authority

Christ and His Church