The Ivy League on Pass/Fail

This post discusses the sudden implantation of pass/fail grading systems at Yale and the sense of entitlement surrounding it. 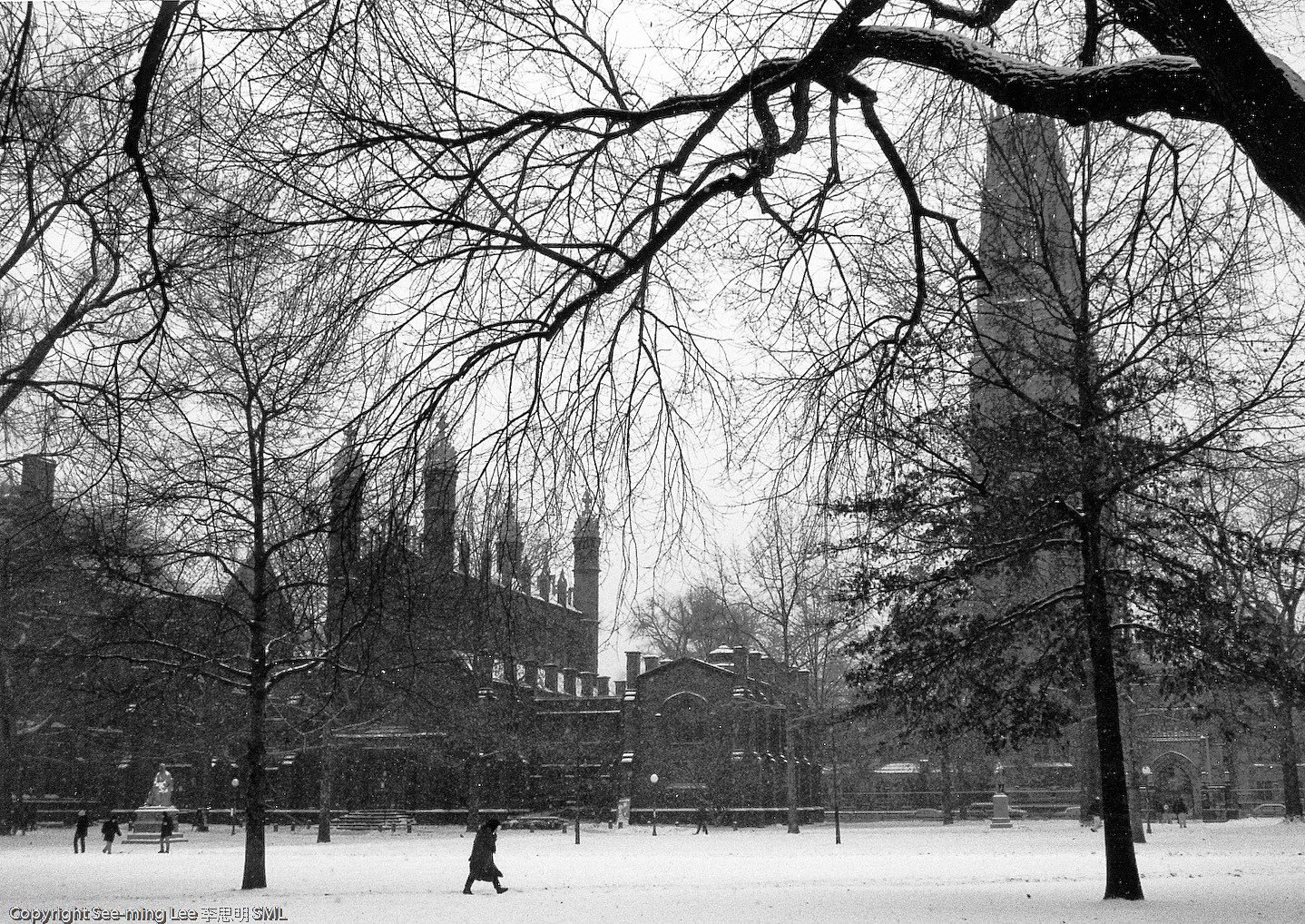 Photo by See-ming Lee (SML) is licensed under CC BY-SA 2.0

I just completed the eleventh week of my second semester at Yale. It was a short week because of Good Friday. (The Divinity School understandably takes this day off, but I don’t think it was a holiday for the rest of the University.)

So, this gave me a three-day weekend to work on papers. This week’s most significant aspect was the announcement of Yale’s move to a pass/fail grading system.

At Yale, the grading situation has been a source of continued confusion as different schools have made their own decisions independent of all others. The pass/fail structure has taken hold in most schools but not all, so it has been hard to anticipate what will happen at the Divinity School.

Even after receiving such announcements, it’s to rely on them because leadership seems to supplement their own guidance after just a few days. Then, if enough students complain about something, the administration may change again.

The email blasts I’ve received from student organizations suggest the students believe they are entitled to a pass/fail grading system, and some have even suggested refusing to move to such a system would be a demonstration of institutionalized racism and white privilege or other such nonsense consistent with the petulant temper-tantrums so ubiquitous at Yale.

(I think this school would be a lot better if the administration told complainers that they can leave if they don’t like it here. There’ll be ten other people who didn’t get in eager to take each of their places.)

This week, Yale College announced that it is moving to universal pass/fail. All classes will, therefore, be graded pass/fail without an option for a letter grade. So, with very few exceptions, every undergraduate will have the same grades on all of their transcripts this semester.

With this announcement, Yale College joins the Law School and the Business School in moving to universal pass/fail. (Yale Law School is already on a type of pass/fail system, but they can earn “Honors” grades in upper-level courses. The School of Management has a strange system somewhat similar to the Divinity School’s.)

Pass/Fail at the Divinity School

At the end of the week, under pressure from students and in light of the rest of the University’s decisions, Yale Divinity School announced another change to its grading system for this semester. At this point, it’s starting to get a little confusing.

At the beginning of the pandemic just a couple of weeks ago, the Divinity School announced the following changes:

About half the students at the Divinity School signed it. I did not. It’s hard for me to fathom the mindset that demands a passing grade regardless of the amount of effort you put forth.

In his response, the Dean said that he could not grant the request for universal pass because of accreditation issues. (As you would expect, you can’t give everyone a passing grade no matter what without running into accreditation issues. That’s the degree mill MO. What value is a degree where everyone automatically passes courses just for paying tuition?)

The Divinity School did, however, change the grading policy as follows.

So, that’s where we are. I don’t know if I should request a grade in some of my classes or not. I wonder if it would look worse if I had a mix of pass grades and regular grades on my transcript than to have just pass grades if the transcript indicates pass/fail was the default system. So, that’s something I need to think about for Systematic Theology and Hellenistic Philosophy.

The semester is starting to wind down, which means that I have a lot of work left to do on my papers. I’m trying to push forward and get everything done, but there’s still so much left to do. I have the foundational research done for most of my remaining papers, but that still leaves a significant amount of research left, not counting the actual writing.

This past Sunday, I turned in my second paper for Systematic Theology. I believe it’s worth thirty-percent of my final grade. It was a fifteen-hundred-word paper that required me to write about a topic one of the theologians that we have read discussed and connect it to a virtue or aspect of the “flourishing life”—a favorite term of Dr. Volf, who considers the “flourishing life” to be the purpose of theology.

So, I wrote on Joseph Ratzinger’s writings on belief and doubt and connected it to the virtue of humility. Even though I find writing theological papers per the instructions and methodology outlined in the class a bit strange and confusing, lacking any real grounding, I enjoyed writing this paper. Perhaps I am slowly starting to get the hang of writing such papers. We’ll see, though.

This past Sunday, I also had to turn in a three-page paper for Roman Law over a topic of my choosing regarding Rome’s use of coinage. This paper was short and is only worth five-percent of my grade. I wrote about the Judea Capta coins that Rome minted following the suppression of the Great Jewish Revolt of 66–70 AD. It was okay, I guess.

After such a distraction, though, I have to return to writing the big paper for the class, and I have a lot to do. I intend to write just the first draft, though, before moving onto my Hellenistic Philosophy paper.

I want to get a draft of the Roman Law paper done soon because I have to give a presentation on my paper to the class the week after next. But the paper is due a week after the Hellenistic Philosophy paper, so it’s more important that I complete that paper as soon as possible. On top of that, I’m going to have another paper due for Systematic Theology that will require significant effort. So, I have to get ready for that.

I had a meeting with Dean Sterling this week over Zoom to finalize the scope of my final paper for his Hellenistic Philosophy class. I don’t know how good of a paper I’m going to be able to write without library access, but I’m going to do the best that I can. I still hope that I’ll be able to put together something good.

At this point, I’ve almost finished the reading I needed to do before getting started. So, I hope to begin writing the first draft soon. I’m hoping to get a draft done this weekend after I meet with the Dean.

Things are starting to get crazy, as I’m trying to finish up the semester and write final papers without access to the library. Given the lack of library resources, I elected to write an extra one-thousand-word paper for Theologies of Religious Pluralism and take the passing grade on the pass/grade system.

This will save me from having to write the extensive final paper. I’d rather do my best possible work on my other two big papers than do mediocre work on all three, particularly given my lack of interest in this field. I’m much more concerned about doing well in Area I and Area III courses than in Area V courses. If access to resources weren’t such a problem, I wouldn’t have gone this route. As it is, however, I felt like this was the best decision.

So, I turned in my first one-thousand-word paper this week, and I’ll turn in another one next week. Then, I’ll be done with the class.

One down, three to go.

I Would Appreciate Your Support

I appreciate your taking the time to read my latest entry in my “God and Man at Yale Divinity” series.

If you have enjoyed my blog and would like to help me keep it going, I would really appreciate your support. I have set up a Patreon page for those who may be interested in supporting the work I’m doing here. Just click here to learn more.

I am only accepting enough Patrons to break-even on the costs of running my website, so the spots are limited.

I make most of my work available for free. So, please don’t feel pressured to provide support if you would simply like to keep reading my content for free.

If you’d like to keep up with my latest free work, you can sign up for my newsletter. I won’t spam you, and I generally only send out updates three or four times per month, if not less.

If, however, you’d like to become a supporter, please visit my Patreon page. For $1 per month, you’ll receive exclusive weekly updates on the goings-on at Yale Divinity School during the academic year. Since I don’t post the weekly articles about the semester until after the semester ends, this will give you access to contemporaneous updates several months in advance.

If you would like to support me but don’t want to give through Patreon, I also accept donations to help me cover the overhead costs of running this site. If you feel like donating a little bit, I would appreciate it. Click here to make a one-time donation.

Thank you again for all your help and support. 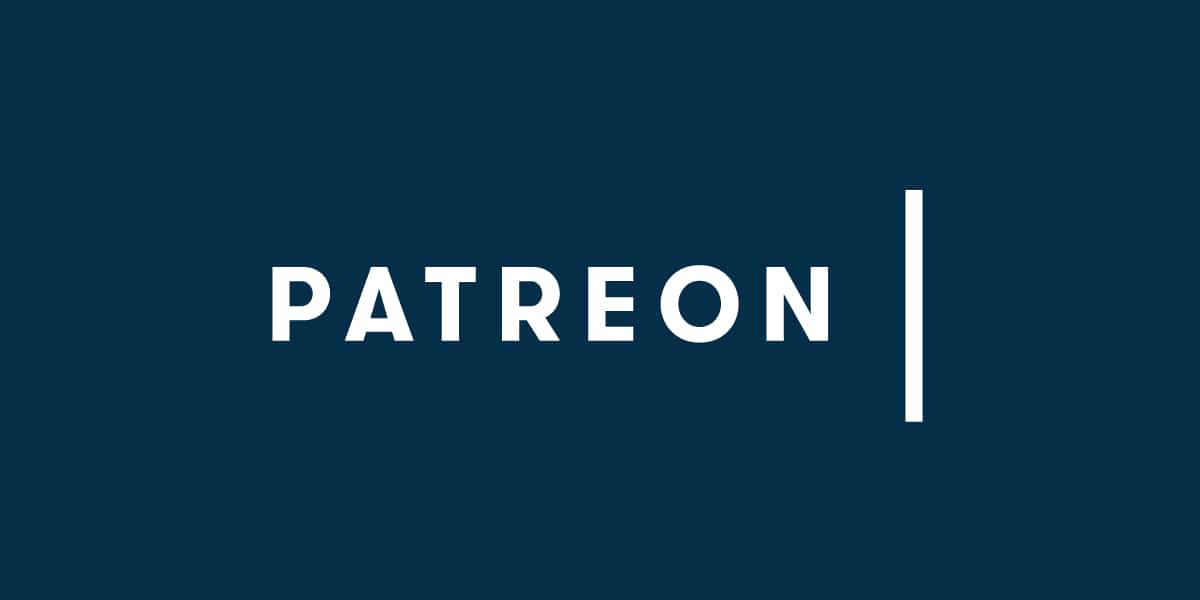 There are so many opportunities at Yale. It really is an incredible place. I have been able to meet some incredible people and encounter the works of brilliant scholars along the way.

I love Yale, and I encourage anyone interested in pursuing further theological education to apply to YDS.

If you’re interested in applying to Yale Divinity School, I encourage you to begin your application here. You can also request additional information from the YDS website.

If you would like to support the work of Yale Divinity School, please consider making a tax-deductible donation.

If you have any questions about Yale Divinity School, please feel free to email me at garrett@garrettham.com. I speak for myself, not for Yale, but I’m happy to answer questions from interested students the best that I can.