Welcome to the JAG Corps

In this post, I discuss my graduation from JAG School and entry into the Army JAG Corps. 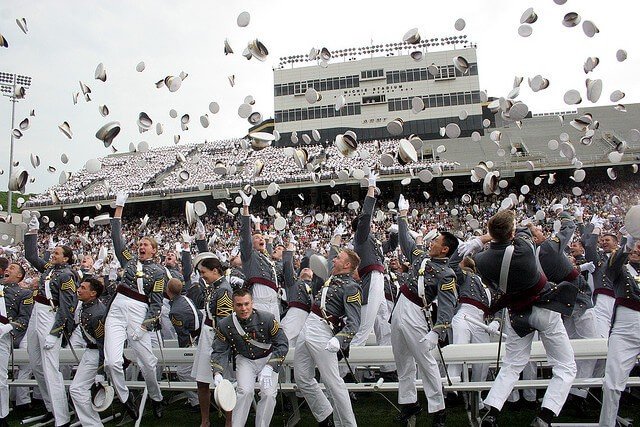 Week 11 of the Army’s JAG School is now complete, and we are all certified judge advocates and official members of the JAG Corps. (Everyone in our class completed the course and graduated, which I understand has not always been the case.)

I am now back home in Arkansas, and I finally got to see my kids for the first time since January. It’s good to finally be home.

I hope that this blog has been of value to those of you reading it, and I appreciate everyone who has followed me throughout this journey, particularly the mother of Christina Tackett—a fellow classmate of mine—who I understand to be a regular reader. I hope my writings have not disappointed.

Class this week was nonexistent. The only academic exercise we performed was the Gauntlet, which was intended to simulate a deployed environment.

Well, the first part of the Gauntlet was kind of its own thing. We ran a relay race with three legs of about one mile each. We all eventually ran back to the JAG School together as a team. So, some members on the team ran as few as two miles, while others ran as far as six—if you count the distance traveled to get to their starting point on the race.

At the completion of each leg, we would be asked a question about international law. Once we answered it correctly, our team’s participants in the next leg would run to the next point where they would repeat the process. Then the same thing would happen in reverse.

So, that was our PT that day.

The actual meat of the Gauntlet was the simulation discussed above. It was divided into two phases: claims and operations.

During the claims phase, we received claims for compensation that we had to evaluate. In a deployed environment, the United States military accepts claims from the local civilian population for property damage they suffered as a result of US military action.

Claims are generally not paid for damage that occurs during actual combat, but we often do pay claims when we damage property in non-combat situations. For example, the mock claim I received arose when a squad intentionally detonated an unexploded ordinance that had been lying dormant in a market for several years.

After we received the claim, we met with a member of the faculty who pretended to be the claimant. We had to speak with him about the claim and whether or not we would pay the money requested. It was a pretty fun experience.

During the operations phase, we were put in an environment that was meant to simulate a tactical operations center—or TOC—in a deployed environment. (A TOC is essentially a command post.)

We were given a list of questions from the commander that we would have to prepare to brief. While we were preparing these briefings, other legal questions would be constantly coming in on issues ranging from the rules of engagement to questions about the legal suitability of a desired target.

At the end of the day, a lieutenant colonel played the role of the commanding general. We briefed him our answers to the questions he asked, and then we answered any follow up questions that he had.

Other than maybe the mock court-martial, I found this to be the most useful practical exercise of our entire time at the JAG School.

We played the faculty in softball this week to break our 1-1 tie. The commanding general came and played with us, which was interesting and unexpected. Although I did not play, I enjoyed it.

We won pretty handily, meaning we retained the commander’s cup. Of course, we left just a couple of days later, so it is really more of a bragging right for the next class.

On Tuesday night we had our dining in. This is a formal military dinner steeped in tradition with a myriad of rules and required observances.

There were also various performances and entertainment performed by the faculty and students. For example, I played guitar during some of my classmates’ unique, acoustic rendition of “Timber” by Pitbull. This kind of thing typified the night.

This was probably the best part of my entire JAOBC experience, and it was a great culmination of our training.

Graduation and Entry into the JAG Corps

Lieutenant General Flora Darpino, the Judge Advocate General of the Army, was the speaker at our graduation. It was an enjoyable, brief ceremony, which is my favorite kind.

After graduation, we all went our separate ways. My active duty classmates began traveling to their first duty assignments with some going as far as Germany and South Korea. I simply went back to Arkansas.

I provide a more expansive account of my experience at the Army JAG School in my book The JAG School Survival Guide: Succeeding at the Army’s Judge Advocate Officer Basic Course.

Week 10 of the Army JAG School

Thank you, your blog was very informative. I read every post and I will order your books.

thank you for writing and sharing this. My son is in training and it’s nice to know what he’s up to!

Thank you. I know it was written some time ago and my daughter begins her journey next week during the time of COVID this gives us a good feel for what her experiences will be for the next several months. Thank you for your service!

Thank you for sharing this. My daughter is finishing at Bennington tomorrow and going on to VA Saturday. Obviously, experiences are different in this time of COVID, but I’ve really enjoyed getting a bit of an insiders perspective.

You’re welcome. I hope your daughter is enjoying it.