I recently smoked the La Perla Habana Black Pearl Oro Toro, a decent cigar at a fair price. I have provided my full review below. This content uses referral links. 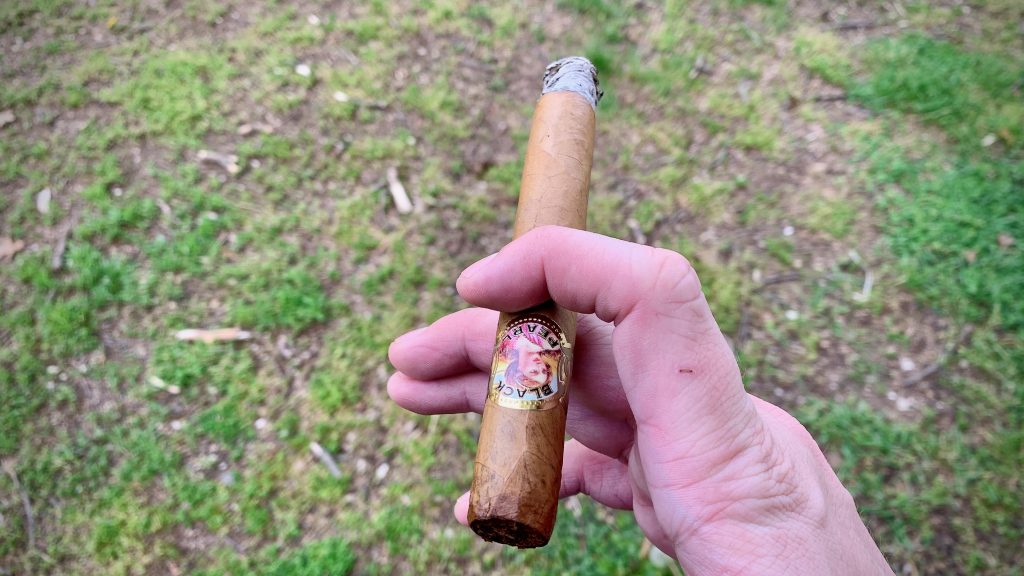 A recent shipment from Cigar of the Month included the La Perla Habana Black Pearl Oro Toro. This was a good cigar overall. While mediocre for a premium stick, that’s still saying a lot. I would happily smoke this cigar again.

A Nicaraguan cigar made with various Cuban-seed Dominican and Nicaraguan long-fillers, a Dominican binder, and an Ecuadorian Connecticut wrapper, this cigar was nothing special, but it was enjoyable nonetheless.

Cigar of the Month recommends pairing it with a Breakfast Blend Roast coffee. I followed this advice, though with a darker blend than recommended. The two went together well nonetheless.

It took me about an hour and twenty minutes to work through this smoke.

As the picture indicates, the label was beautiful. It was eloquent without being over the top.

The La Perla Habana Black Pearl Oro Toro did not come well constructed. Its foot was wrinkled, there was some splitting in the wrapper, and it looked almost like it was falling apart. I hope—and imagine—that this was a one-off fluke, but I have no way of knowing that until I try another.

The cigar had a good feel overall and was consistently rolled.

The pre-lit cigar smelled terrific with hints of vanilla, cream, spice, and earth. It was also smooth and appetizing.

The cut was fine. It resulted in some fraying but nothing of great concern.

The draw was perfect from beginning to end. It had just the right amount of resistance, making for a nice, relaxing smoke throughout.

On the retrohale, the La Perla Habana Black Pearl had hints of pepper and earth. It was, however, kind of bland and just ok.

On the cold draw, I picked up earth. After the light, the La Perla Habana Black Pearl Oro Toro had notes of earth, pepper, and cream. It was a nice, enjoyable smoke, but nothing particularly special.

After the initial light, the cigar’s smoke smelled of earth and cream. It was, however, a bit abrasive.

This cigar burned perfectly from beginning to end. It stayed even and consistent throughout.

The ash was too loose, falling off into my lap twice without warning. It simply wasn’t sturdy enough to keep the ash intact for any reasonable period of time.

This cigar left me feeling relaxed and mellow, precisely what I want.

The La Perla Habana Black Pearl Oro Toro showed itself to be well-made here. No flakes of tobacco found their way into my mouth at any point during the smoke.

This was an overall enjoyable cigar, and I smoked it all the way down to the nub. +1

Overall, this was a decent cigar. The taste wasn’t anything special, but it was an enjoyable hour-and-a-half smoke. At $3.75, it’s also reasonably priced for its quality.