In this post, I discuss married priests and distinguish between innovations and de-innovations within the Roman Catholic Church. 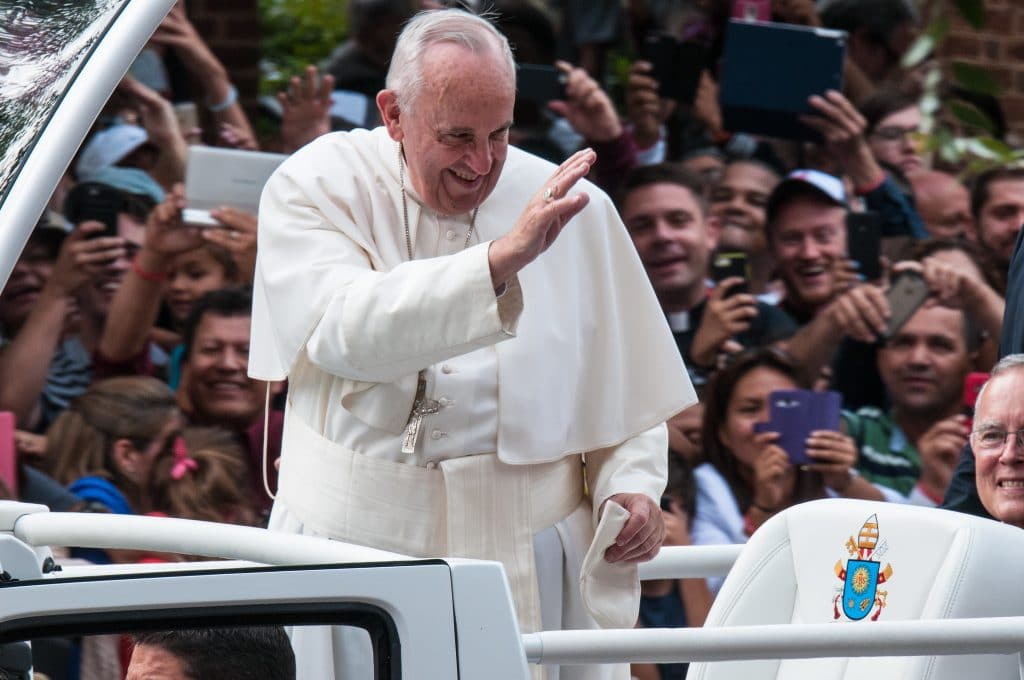 There has been much in the news lately about potential changes to Catholic practice, particularly with regard to clerical celibacy and the ordination of women to the diaconate.

Traditional Catholics have been particularly concerned about this, exacerbated by their general distrust of Pope Francis. (A few months ago, National Review ran a cover article critical of Pope Francis, and I recently heard a Catholic intellectual refer to him as “Papa Che.”)

The particular subject that brought these long-simmering issues to the forefront was how to address the severe priest shortage in the Amazon. One recommendation for handling the problem was to ordain faithful married men to the priesthood, particularly those from the permanent diaconate.

There is an understandable fear about innovations within the Catholic Church. One of the distinguishing marks between Catholicism and Protestantism is the strong emphasis on tradition, the preservation of the teachings handed down from one generation to another.

Changes, therefore, come with significant trepidation, particularly on matters that are fixtures within the ecclesiastical culture and practice.

There is great peace in this, and it is one of the main reasons why I left Protestantism to join the Catholic Church.

I nonetheless believe that we must make a significant distinction between innovating and de-innovating Catholic practice. That is, we should not view a change the same way as we view a change back.

A good rule of thumb to determine whether a change would mark an innovation or a de-innovation is to look at the Eastern Orthodox Church. Where our Eastern brethren do something differently than us, there’s a good chance that one of us introduced some kind of innovation at some point.

More often than not, it was us.

Clerical celibacy is one such example. The Eastern Orthodox Church has married priests—though not married bishops.

And, in fact, the Catholic Church is made up of many different churches, most of which allow for married clergy. However, the Latin rite, which is predominant in the West, requires clerical celibacy.

The Church itself admits that celibacy is not essential to the priesthood and that its imposition was a late development in the Church.

Therefore, ordaining married men to the priesthood would be to undo an earlier innovation that the Church made and would be a restoration of previous traditional practice, bringing the Catholic Church in-line with the equally ancient Orthodox Church.

Another current issue is whether the Catholic Church should ordain women to the permanent diaconate. This one is not as clear cut, but there is strong reason to believe that the early Church had female deacons.

The Eastern Orthodox Church admits as much, stating that ordaining women to the diaconate has simply fallen out of practice and could be resurrected without much issue. (And some have actually resumed the practice.)

So, as with married priests, allowing this practice would not be a real innovation within Catholicism and would not be the same as changing the Church’s teaching on sexuality or allowing for female priests and bishops would.

Give an Inch, Lose a Mile

There is, however, an underlying issue that is driving this debate. Were the questions simply whether married men should be able to be ordained to the priesthood or whether women should be eligible for the diaconate, then the controversy would not be what it is.

Traditionalists, however, understandably see these arguments not as isolated debates in and of themselves, but as the initial assaults in a long war toward an end that makes the Roman Catholic Church look more like American Episcopalism, with the Church revising its teachings to keep with modern progressive sensibilities.

It Doesn’t End with Married Priests

The fear is, therefore, that once married priests return, the next debate will be whether married men should be allowed into the episcopacy and even into the papacy. Such a tremendous change, even if it were a de-innovation—Peter, after all, was married, as were some other popes—would open the door for other changes as tradition suddenly appeared less unassailable as once thought.

In turn, actual innovations to Church teaching would be possible. The Church could then become affirming of homosexuality and divorce, could revise its stance on abortion, or make several revisions to its traditional teachings such that the essence of what makes the Roman Catholic Church unique would be all but lost.

Likewise—indeed, even more so—ordaining women to the diaconate would not stop there. Once allowed, the next demand will be women priests, then bishops and cardinals, and perhaps a female pope.

And, even that would not be enough, as additional changes would have to be made to Church teachings to make it more consistent with the cultural milieu. Open communion would be allowed. A complete pluralistic view of other faiths and a watering down of the Nicene creed with its beliefs in the actual physical resurrection of Jesus Christ would be required. Vatican I would have to be revisited. Humanae Vitae would need to be revised.

These are the fears, and I think they are valid ones. That does not mean that the Church should not take these steps. Still, it should not dismiss the legitimate concerns of believers seeking to maintain the consistency and constancy that has proven to be the staying power of the Roman Catholic Church.

If you’re looking for an example of what happens when there is unmooring from tradition, you must look no further than the Episcopal Church. Many Roman Catholics fear that result. That is the fight for tradition. It is a fight for the Church to maintain its identity, and I don’t know what the right answer is.

Sometimes change is necessary, but it should not be undertaken lightly.