The Military and the Elite

The relationship between the military and the elite has evolved significantly over the years and not for the better. 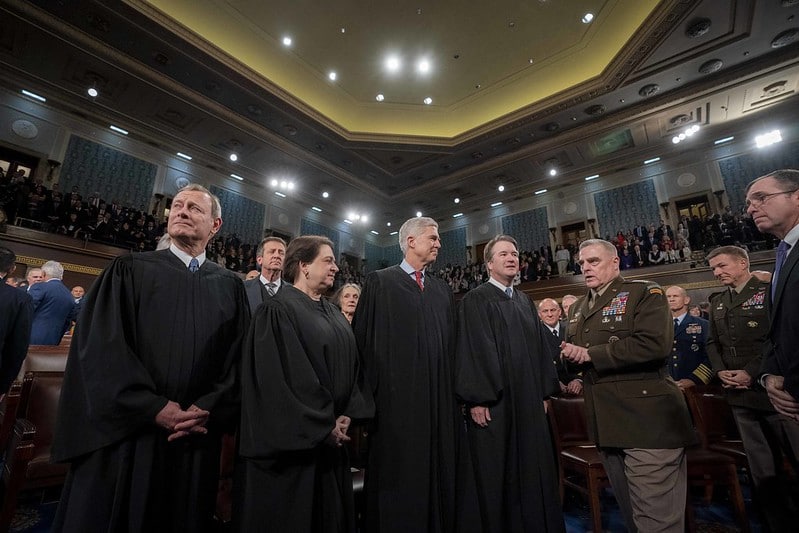 I have had the opportunity over this last year at Yale to interact with members of the American elite and their children. As a result, I have been able to reflect upon the attitude of our country’s elite toward the United States military.

Once members of the ruling class were expected to spend time in uniform, and holding the rank of general often provided a springboard to the White House. The last such President we have had, however, left office in 1961.

Elite society has long since abandoned its traditional ties to the military. The result is an ever-widening gulf between the armed forces and the elite, with liberals and conservatives each relating to it in their own uniquely asinine ways.

Progressives and the Military

Regardless of current efforts to mask such attitudes, the old liberal animosity toward the military still exists among the progressive elite, albeit in veiled form. They consider those who serve to be less than, enlisting because they have few other options.

The Military as a Symbol of American Imperialism

Progressives tend to maintain a general discomfort with any American military activity. As progressive groups hold the United States and its history in greater and greater disdain, the relationship between the military and the elite of progressive bent becomes increasingly strained.

It is simply logically impossible to reconcile the belief that the United States is a force for evil around the world with the idea that those who are directly perpetuating these missions are deserving of honor. To them, the appropriate portrait of the United States military is Abu Ghraib, not Iowa Jima.

Only the lingering societal backlash against the treatment Vietnam-era veterans received prevents progressives from coming out and saying how they really feel about the military and its members. (Though there are some exceptions.) If society loses its respect for the military again, however, they will revert to calling veterans “baby killers” and spitting on returning troops.

The Military as a Propaganda Tool

This notwithstanding, when progressives can use the military and the larger society’s respect for it to promote their agenda, they waive the flag like a southerner at a NASCAR race. A recent Washington Post article, for example, reported, with a melodramatic sense of horror, that Trump called top military brass “losers” and “a bunch of dopes and babies.”

This article demonstrates a profound ignorance about the military and is shameless in its exploitation of the armed forces to condemn Trump. Criticizing the brass is not the same as criticizing the rank and file. If harboring distrust for the generals makes you anti-military, ninety-percent of the people who are actually in the military are anti-military.

I was a captain in both the Army and the Air Force. I rarely trusted the colonels over me, and I never trusted the generals. I found this feeling to be widespread. Most of the people with whom I served did not trust the brass, did not think they had their best interest at heart, and did not believe they cared about them or their lives.

This article would be the equivalent of the Washington Post claiming Bernie Sanders hates all the cashiers at Walmart because he has harsh words for the CEO.

Conservatives and the Military

Conservatives, however, take a different tack that nonetheless still demonstrates ignorance of and condescension toward the military. Conservative commentators maintain odd deference to the military, particularly the military brass, that is often undeserved. There is a danger in overriding military leaders for the sake of political correctness, but that does not mean civilian leadership should defer to the generals in all things. We have civilian control of the military for a reason.

The Military as an Independent Entity

Conservative criticism of President Trump for his intervention in the case of Chief Gallagher is one such example. The conservative outcry demonstrates a lack of understanding of the military.

I am not making any comment on the actual Gallagher case, nor am I defending Trump in this particular instance. I have no idea if Gallagher was guilty or not or if the charges against him were appropriate.

I was, however, a JAG officer in the military for six years. The military court-martial is the closest thing we have to kangaroo courts in the United States, and I wish that the President had intervened more in military cases.

The fact of the matter is that military courts are commander-driven. Lawyers and independent prosecutors or judges do not run them. Courts-martial are convened by and exist at the pleasure of non-lawyer commanders, and the President is the commander-in-chief.

The commander convening the court-martial, the judge presiding over it, the military members serving on the panel (military for the jury), and the military defense attorney all work for the President. He is the ultimate authority overseeing the court. It exists at his pleasure.

There is, therefore, nothing inappropriate about the commander-in-chief intervening in the military that he commands.

I have heard people comment about the Navy having its own process through which Gallagher should have gone. As the commander-in-chief, the President is part of that process.

The outcry demonstrates a complete ignorance by a conservative elite that knows nothing about the military or its structure and is instead fooled by the aesthetic facade the military brass presents to the public.

The recent glorification of Lieutenant Colonel Vindman further emphasizes this point. It is highly inappropriate for a member of the military to testify against the commander-in-chief before Congress, particularly while wearing the uniform.

Safeguards against military officers speaking against the President—including Article 88 of the Uniform Code of Military Justice, which makes such activity illegal—have prevented military coups in the United States.

Conservatives should not give deference to any military officer engaging in such behavior, no matter who occupies the Oval Office. An overly deferential relationship between the military and the elite of the right is no better than the veiled disdain of the elite of the left.

Ignorance of the Military

An attitude of condescension toward the military exists among the elite on both sides of the political divide. Progressives look down on the military as less than, like medieval nobles wrinkling their noses up at the peasantry. They pay the military no mind unless they can make political hay out of it or when they can use it to conduct social experiments on a captive and malleable population.

Conservatives ostensibly respect the military, but their condescension is of another, perhaps more benign, kind. They talk about military personnel like some speak of the janitor, admiring his hard work and recognizing that someone has to do it, but nonetheless holding in their mind the belief that such work is beneath them.

If, after all, they had the respect for the military they claim, they would serve and would encourage their children to serve, as the elite did in the not so distant past.

Appropriate use of America’s power is not possible until the elites have a better appreciation of the military, its culture, and its proper role in a free society. That simply cannot happen until more of them actually serve in it. The best way to “Support Our Troops” is to spend time as one.