In this excerpt from my book, The Evangelical and The Open Theist, I discuss the basic tenets of open theology. 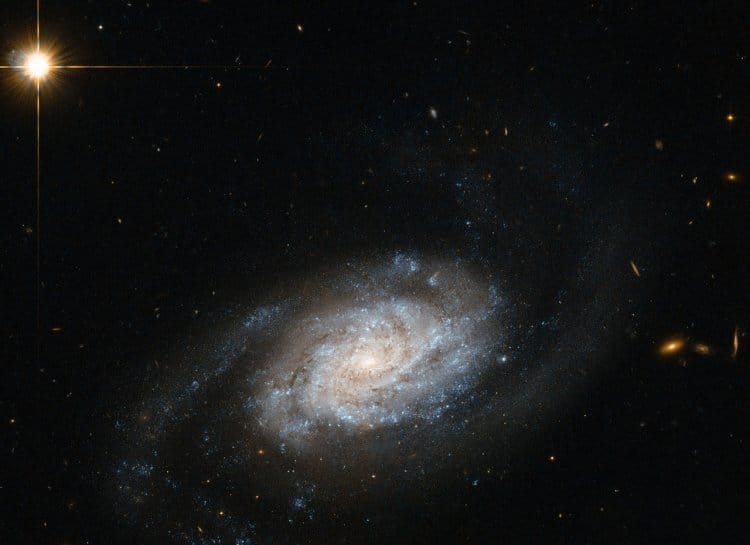 Since the publication of The Openness of God in 1994, open theology has been a hot topic of debate within evangelical circles.[1] The controversy became so heated, in fact, that the Evangelical Theological Society brought to a vote a motion to expel Clark Pinnock and John Sanders on account of their adherence to open theology.

While ETS retained Pinnock and Sanders, the vote itself demonstrated the passion and fury open theology has inspired among evangelical scholars. In fact, in a taped interview, R. C. Sproul went so far as to question Pinnock’s faith. Sproul stated, “Clark Pinnock is not a believer—I would not have fellowship with him.”[2]

More to the point, Paul R. House and Gregory A. Thornbury argue that “American Christianity is currently engaged in a crucial debate over the doctrine of God.” They continue, “[N]othing less than the biblical, orthodox doctrines of God and of salvation are at stake.”[3]

What Is Open Theology?

Open theology arose as a developed theological system to explain passages of Scripture that proponents feel traditional systematics have neglected.[4] At issue are passages testifying that God changes his mind, experiences regret and surprise, and hopes for a future that does not come to pass.

Open theology also seeks to address philosophical issues. For example, open theism questions whether God foreknows free acts before they take place. It similarly asks whether God would have created evil individuals, such as Adolf Hitler, if he knew their future atrocities.[5]

God, in grace, grants humans significant freedom to cooperate with or work against God’s will for their lives, and he enters into dynamic, give-and-take relationships with us. The Christian life involves a genuine interaction between God and human beings. We respond to God’s gracious initiatives and God responds to our responses…and on it goes. God takes risks in this give-and-take relationship, yet he is endlessly resourceful and competent in working toward his ultimate goals. Sometimes God alone decides how to accomplish these goals. On other occasions, God works with human decisions, adapting his own plans to fit the changing situation. God does not control everything that happens. Rather, he is open to receiving input from his creatures. In loving dialogue, God invites us to participate with him to bring the future into being.[6]

There exists an openness between God and man characteristic of genuine relationships. God and man work together to bring the future into existence in a give-and-take process of cooperation.

Where other schools of thought may emphasize God’s sovereignty or omnipotence, open theism—while not neglecting these divine attributes—stresses relationship. In the open theist’s mind, we can understand God only in terms of relationship. As I will discuss later, the open model of divine foreknowledge—the most controversial aspect of this belief system—reflects this emphasis.[7]

Open theists do not deny the omniscience of God. To say that open theology denies God’s knowledge of the future is a disingenuous oversimplification. Yet, this is how opponents often frame openness.

In addition, crass, pejorative comparisons to process theology do not do justice to the open position. Instead, they create a straw man to be torn down.[8]

A proper evaluation of the compatibility of open theology with evangelical understandings of Scripture requires a proper understanding of the beliefs open theists themselves claim as their own.

The traditional understanding of God’s foreknowledge dictates that every event that has ever taken place or will ever take place in creation has existed as a settled metaphysical reality from all eternity. God, therefore, possesses knowledge of future events as certain as his knowledge of past events. Hence, any knowledge that God might have of possibility exists as “might have been, never as what might be.”[10]

All possibilities exist in God’s knowledge in their exclusion from reality, rather than their inclusion therein. In other words, God knows all of reality as one eternally settled sequence of events.

Open theology, however, while maintaining God’s omniscience, holds that the future consists of both certainties and possibilities. Consequently, some aspects of the future remain unsettled—that is, open—even to God.[11] God’s omniscience, therefore, supplies God with knowledge of both settled events as settled and events that remain open as open.

What Is Open Theology?

[4] Here and throughout this book, the term “traditional” refers to the common understanding of divine foreknowledge over and against the position of open theism. Open theists commonly refer to theologians holding this traditional position as classical theologians. Augustine, Aquinas, and Calvin are major proponents of the traditional view. While there could be a technical distinction between classical and traditional theologies, I use the two terms interchangeably throughout this book.

[7] Because of their association with other theological debates, a definition of terms is in order. Foreknowledge is a term generally associated with Arminianism. Foreknowledge in this sense is God’s ability to peer into the future and foreknow what will transpire, even if he will have no direct involvement in the event. Predestination, however, is a term generally associated with Calvinism. God knows what the future holds because he has predestined it.

[8] Process theology is a liberal theological movement holding, among other things, that God’s existence depends on the existence of creation and that God’s power is limited by forces outside his own will. For a critique of process theology from an evangelical position, see R. Nash, ed., Process Theology (Grand Rapids: Baker, 1987). Boyd, God of the Possible, 170.

Process theology holds that God cannot predestine or foreknow any aspect of the distant future with any certainty. Open theology, however, maintains God’s ability to determine and foreknow whatever he wants about future events. Proponents of open theology maintain that, while God could undoubtedly predetermine all future events, he has chosen not to do so. The open nature of some aspects of the future, according to open theists, is a result of God’s free choice to leave aspects of the future to be determined by the free will of others. Boyd, God of the Possible, 31.

To compare open theology and process theology as related theological positions, therefore, is unwarranted and counterproductive for healthy scholarly debate.

The Authority of Scripture

Objective of The Evangelical and The Open Theist