Pastors and Deacons in the Pastoral Letters

What follows is an excerpt from my book The Husband of One Wife.

Pastors and Deacons Must Be Faithful to Their Wives

Therefore, the fourth interpretation, which understands this phrase to be a prohibition of “all violations of marital and sexual fidelity,” comes closest to the truth.[1] In light of the ubiquity of male infidelity at the time, marital faithfulness no doubt would have been an important issue to address.[2] Paul therefore demands that pastors and deacons remain faithful to their wives, “in a culture in which marital infidelity was common, and at times assumed.”[3]

In addition, Paul’s allusions in the Pastoral Letters to a new breed of women known for their immodesty and infidelity (cf., e.g., 1 Tim 2:9–15)[4] provides a unity of meaning between “man of one woman” and “woman of one man.”

Furthermore, as previously mentioned, “man of one woman,” like “woman of one man,” affirms sexual fidelity within “monogamous marital terminology.”[5] This qualification is analogous to the seventh commandment, which is likewise steeped in marital language and forbids sexual sin, as the chapters following Exodus 20 indicate.[6]

Therefore, both “man of one woman” and “woman of one man” probably mean something similar to “not an adulterer.”[7] As the fifth-century church leader Theodore of Mopsuestia remarked, “man of one woman,” means, “a man who having contracted a monogamous marriage is faithful to his marriage vows,” eschewing adultery and polygamy alike.[8]

In both 1 Timothy and Titus, the demand that pastors and deacons be one-woman men is set in the context of the requirement that a leader enjoy a high-quality home life, implying that Paul is here referring to current circumstances, rather than a potential leader’s past indiscretions. These passages are therefore better understood to mean, “He must be faithful to his one wife.”[9]

This interpretation fits best in the context demanding the blamelessness of pastors and deacons,[10] particularly in light of the false teachers expounding a low view of marriage and family (cf. 1 Tim 3:4–5; 4:3).[11] The phrase therefore describes a man who is free from allegations of promiscuity or laxity in matters of sexual ethics.[12] This standard therefore allows for a divorcee to serve in the ministry, so long as he has demonstrated full devotion to his current wife.[13]

The Greek phrase is therefore better understood to mean, “a one-woman man,” or, as the NIV renders it, “faithful to his wife,” than to mean “the husband of one wife,” or the NRSV’s “married only once.”[14] This interpretation properly emphasizes the character of potential pastors and deacons, rather than their marital status per se. Indeed, “even a single man or a man who has been married only once must demonstrate that he is not a ‘playboy’ or flirtatious, but that he is stable and mature in character toward his wife or other females.”[15]

Therefore, a man whose character shows him to be trustworthy in this area meets the standard. Paul’s overarching concern is that leaders be blameless in their conduct and character, and this interpretation remains consistent with this concern, properly focusing on an individual’s character at the time he is considered for a leadership role rather than on something that happened in the distant past.[16]

These passages are key in the debate over whether to pull pastors and deacons from the ranks of the divorced. Sadly, it seems, we frequently utilize the writings of an apostle so adamantly opposed to legalism to establish rigid, legalistic qualifications for potential leaders. In light of Paul’s other letters and the context of these passages, it is unlikely that Paul taught that divorcees should be permanently disqualified from positions of leadership.

Should the fifty-year-old man who exemplifies godliness in every area of his life and has been married faithfully to the same woman for twenty-five years be forever barred from the deaconate because he underwent a divorce after a brief marriage when he was eighteen, before he even came to Christ? Denying such a pillar in the church a leadership role not only deprives the church of valuable godly leadership, but also robs Paul’s writings of their intended purpose and meaning.[17]

Whether an individual has been divorced is not the issue. “The issue is whether the individual’s life and care of his family now exemplify Christianity.”[18] While a potential leader’s divorce status must be considered in so much as it reflects on the reputation of the church and the potential leader’s ability to lead and command respect, no doubt distinction must be made between the godly husband with a regrettable past and a serial or recent divorcee.

To ban godly men from holding church offices because of past mistakes would not have sat well with Paul, the once ardent persecutor of the Church who became the great apostle of Christ. To argue, therefore, that divorcees can never live a life above reproach certainly does not accurately reflect Christian teaching. Paul’s guidelines for the selection of pastors and deacons are based upon who a believer is, not upon who he used to be.[19]

To degrade divorcees within the church to a secondary status is to misunderstand Paul’s words. Churches implementing these prohibitive measures should reconsider, lest one more godly believer be unfairly ostracized for a past mistake.[20]

If you are interested in reading more, you may purchase The Husband of One Wife in its entirety on Amazon.com.

[7] Keener, 94–95. It means more than this, however. Indeed, Paul points beyond the mere requirement of fidelity to something akin to a “faithful and loyal spouse who is a good current marital partner.” This fits well with Paul’s emphasis on the proper rearing of children and his concerns about false teachers destroying “whole families” (Titus 1:11) and forbidding marriage altogether (1 Tim 4:1–3). Ibid.

[8] C. H. Dodd, “The New Testament Translation Problems II,” The Bible Translator 28, no. 1 (January 1977): 115 cited by Knight, 159. Undoubtedly, a serial divorcee would not qualify as one faithful to his marriage vows. We must, however, distinguish serial divorcees from the innocent party in a divorce or a Christian divorced many years prior but long since faithful to his current wife.

[13] Glasscock, 255. Of course, serial divorcees could abuse this view with claims of current faithfulness. Given that the requirement for one-woman leaders stems from the requirement that leaders be above reproach, however, such a person would likely not qualify.

[14] See Ibid., 249. The absence of articles in the Greek suggests that Paul is emphasizing character or nature rather than simply providing a prohibition. Therefore, “a one-woman sort of husband” would be an even better translation than “a one-woman man.” See Kenneth S. West, The Pastoral Epistles in the Greek New Testament (Grand Rapids, MI: Eerdmans, 1973), 53 cited by Glasscock, 251. The lack of articles does not automatically require this translation, but it does lend credibility to this view.

[17] Interestingly enough, many conservative evangelical churches seem to tacitly agree, though they try to have it both ways. In order to bypass what they (mistakenly) believe to be scriptural prohibitions against divorced deacons, they simply vest committees or councils, instead of deacons, with leadership responsibilities within the church. Such churches then allow godly divorcees to serve on these bodies. These passages, however, more broadly address church leadership in general and not simply those who carry the title of deacon, elder, or pastor. It is disingenuous to utilize semantics to bypass biblical principles, and, in doing so, such churches expose an ardent legalism inconsistent with Paul’s admonition. If Scripture really does prohibit divorcees from leading, undoubtedly God would not be appeased by our simply changing the name of the church offices.

[20] I must point out that if, as I have proposed here, the requirement that an individual be above reproach should be our main focus when selecting pastors and deacons, then that requirement should cut both ways with regard to divorcees. I have argued that these passages do not automatically preclude divorcees from holding leadership positions within the church, and I believe that in most circumstances churches should not impose such a prohibition. Nevertheless, there could potentially be circumstances—such as the particular culture and environment of the area where the church is located—where a church could determine that allowing divorcees to serve as pastors and deacons would subject the church to scrutiny and prevent the community from recognizing the blameless character of its leaders. In such a circumstance, the church could potentially be justified in implementing a blanket prohibition against divorced pastors and deacons. The basis for this prohibition, however, would be Paul’s requirement that leaders be above reproach, not that they be one-woman men. As way of an analogy, I can imagine some sins—criminal sexual offenses immediately come to mind—that could permanently bar a believer from a position of leadership because, in our modern culture, no matter how much time has passed or how godly a life the individual has led since the offense, such sins would forever preclude the possibility of respectability and blamelessness within the community.

The Husband of One Wife

The Call for Unity in Romans 5 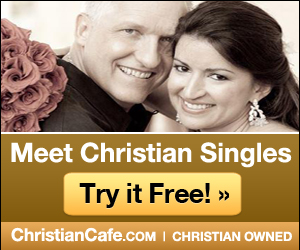 Spread the loveIf Pope Francis allows for married clergy, will it be a progressive or ultra-conservative move? Will the Pope be making a change or reverting to earlier practice? Photo by Spiros Vathis is licensed under CC Read more…

Spread the loveOur salvation requires effort, our effort. This does not mean that our efforts save us, but rather is simply an admission that becoming who God would have us to be requires us to Read more…