I recently smoked the Perdomo Artesanal Maduro Torpedo, a decent premium cigar. I have provided my full review below. This content uses referral links. 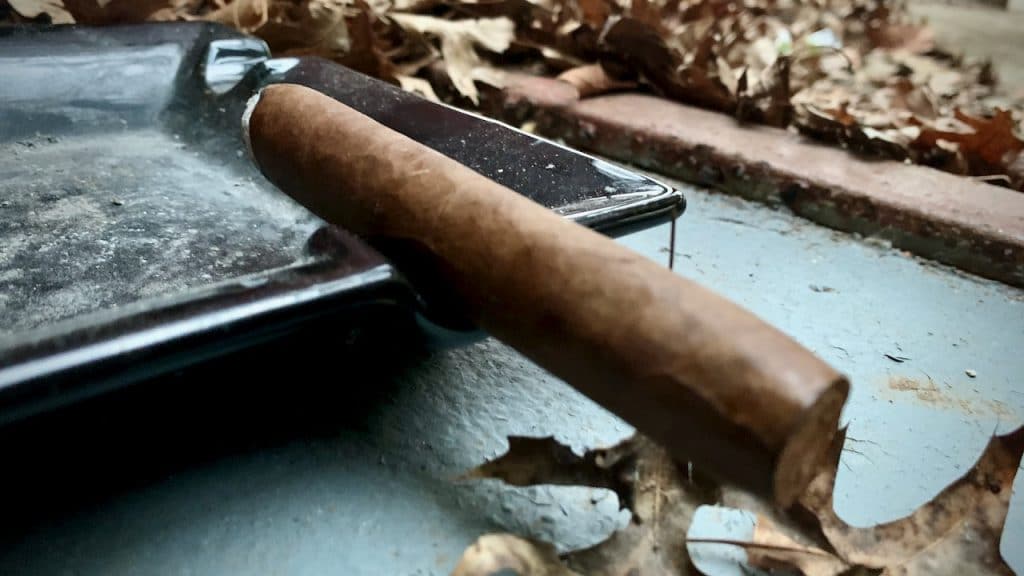 A recent shipment from Cigar of the Month Club included the Perdomo Artesanal Maduro Torpedo. This was a decent cigar, albeit on the low-end of what is acceptable for a premium stick.

A Nicaraguan cigar made exclusively with Nicaraguan tobacco, the Perdomo Artesanal Maduro Torpedo was a just ok smoke but an exceptional value for the money.

Cigar of the Month recommends pairing it with a cappuccino. As is my usual habit when tasting cigars, however, I enjoyed mine with a cup of coffee. The two went together just fine.

As is often the case when smoking torpedos, I had to remove the label before I started smoking it. Otherwise, I would have to put the label in my mouth every time I took a draw. I don’t like this about torpedos.

Below is a picture of the label from my cigar journal. As the picture indicates, the label was detailed and eloquent. At the same time, it’s nothing over the top. 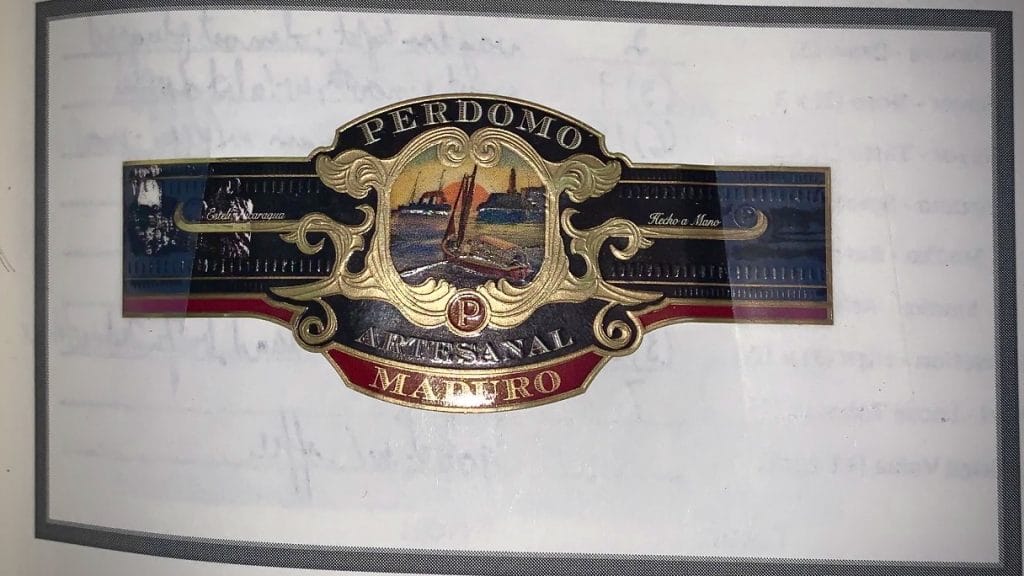 The Perdomo Artesanal Maduro Torpedo appeared to be in generally good condition. Its veins were a bit more distinct than I like to see, and the wrapper was littered with rough bumps. Nonetheless, there was nothing overly concerning about its condition.

Over most of the cigar, the stick had just the right amount of give on the squeeze, a bit spongy but not too soft. Still, it was a bit inconsistent in places, with some areas having more give than others.

The wrapper had a smooth, creamy aroma. In addition to cream, I detected hints of what may have been wood and earth. It quite simply smelled terrific.

The cut went off just fine for a torpedo. I don’t really care for torpedo-shaped cigars. It’s too difficult to cut it correctly without causing unraveling or otherwise compromising the structural integrity of the cigar.

(I also tend to have more problems with the draw on a torpedo than on other shapes, though fortunately, that was not the case here.)

This cut, however, went off without a hitch.

The Perdomo Artesanal Maduro Torpedo was a bit slow to light with the foot’s stubbornly resisting the flame for a while. Still, it did eventually take to it, even if it required a bit more effort than normal.

The draw was perfect on this cigar from beginning to end, which I have found to be relatively rare with torpedoes.

The Perdomo Artesanal Maduro Torpedo, however, provided just the right amount of resistance without difficulty.

On the retrohale, the Perdomo Artesanal Maduro Torpedo had a distinct pepper flavor with a bit of a bite. It was a little too abrasive for my taste.

Flavor of the Smoke

The Perdomo Artesanal Maduro Torpedo had a subdued flavor profile of smooth pepper and earth. It was a good-tasting cigar, and I very much enjoyed the smoke.

It wasn’t perfect, though. Despite my experience with the retrohale, the flavor on the pallet was a bit too weak for my taste. Not quite bland, it wasn’t distinct enough, either.

It was a good-tasting, medium-bodied smoke, but certainly nothing to write home about.

After the initial light, the smoke had a smooth aroma with hints of earth and wood. There was also a generically sweet smell mixed in.

The tasting notes from others indicated that this cigar had some sweetness, which I never could pick up while actually smoking it. I did, however, smell it in the cigar’s smoke after the initial light.

I had a bit of trouble with one spot on the foot, which stubbornly resisted the flame, as discussed above. This caused some initial unevenness in the burn, but it quickly straightened itself out.

After it did, the burn was perfect from beginning to end. The cigar burned smoothly, evenly, and sustained itself without causing me any worry that it would ever unexpectedly go out.

The ash was beautiful and nearly perfect. It was able to maintain its consistency and never caused me any concern that it was going to fall off without warning.

It didn’t give me that sustained strength that I aesthetically like, but I am finding that to be pretty rare.

Effects of the Smoke

The cigar gave me a light nicotine high, which I don’t like. I know this is subjective, as some people like this feeling. I, however, seek out cigars that leave me feeling mellow, relaxed, and nothing else.

The high from this cigar, however, wasn’t terrible. It just wasn’t what I prefer. I don’t like finishing my smokes light-headed.

Those who do, however, will likely find this to be an excellent cigar.

The Perdomo Artesanal Maduro Torpedo showed itself to be well-made here. No flakes of tobacco found their way into my mouth at any point during the smoke.

Overall, this was a decent cigar. The taste was good, and the draw was perfect. Unfortunately, it left me feeling light-headed, which diminished an otherwise A- smoke.

At about $3.50 per cigar, however, it’s an incredible value, and it may be one that I will try again. For that price point, why not?

If you’re interested and would like to use my referral link, I would appreciate it. If you do, I may receive a commission at no extra cost to you.