In this post, I discuss the doctrine of purgatory and argue that it has a legitimate place with an evangelical Protestant understanding of salvation. 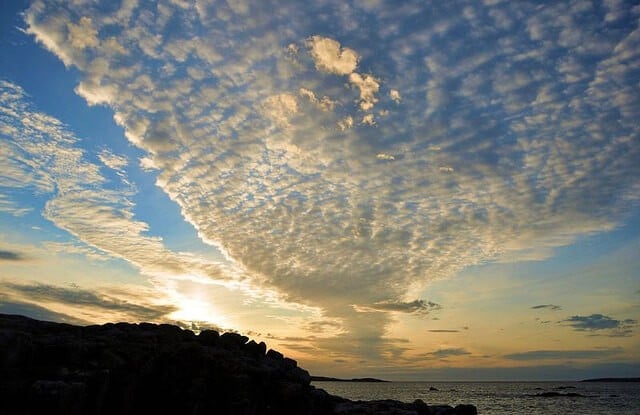 Does purgatory have a place within an evangelical understanding of salvation?

For better or worse, personal salvation occupies a central role in the modern understanding of the Christian faith, particularly within evangelicalism. For a variety of reasons, over the last two thousand years the central emphasis of the gospel has shifted from a message about God’s efforts to put the world to rights to a focus on the eternal destiny of the individual.

I believe this represents a fundamental misunderstanding of the Christian faith that gives rise to a variety of complications and misunderstandings, not least of which is the reduction of personal salvation to an overly simplistic legal formula. I believe it is this way of thinking that has excluded purgatory from the evangelical mindset.

The popular idea in evangelical circles, for example, that saying a certain prayer—even if “you really mean it”—is all it takes to secure salvation seems as superstitious as any excessive ritualism of which Protestants have historically accused Catholics. The sinner’s prayer often serves as a type of incantation designed to force God to secure our eternal souls.

Surely faith is much more than a simple declaration of belief. (James 2:14, 24) Contemporary evangelical teachings on salvation often remind me of the episode of “The Office” where Michael Scott “declares” bankruptcy merely by shouting the phrase.

So, what then is salvation, and how then shall we be saved? And what role could purgatory play in the evangelical answer to this question?

I think that we as evangelicals need to restore our understanding of salvation as a process, the outworking of a lifelong relationship between God and the believer. Therefore, its beginning cannot be rightly distinguished from the process as a whole. This is why I think common evangelical distinctions between justification, sanctification, and glorification are generally unhelpful.

This is because the process by which God transforms believers into the image of Christ—sanctification in evangelical parlance—is distinguishable from its beginning—justification—in the same way a race is distinguishable from its starting line. While hypothetical distinctions can perhaps be made for purposes of emphasis, one cannot exist without the other and each has no meaning apart from the whole. Their distinctions are more theoretical than real, for they are different aspects of the same, indivisible process.

Salvation is not a point in time event but rather an all-encompassing reality of the believer’s participation in God’s greater plan of redemption for the world. Through this process, God transforms the believer into the divine image. As Athanasius wrote, “The Son of God became man, that we might become god.” The Eastern Churches refer to this process as theosis.[1]

Evangelicals often speak of glorification as what happens when a believer dies. It is often portrayed as the purpose of salvation, “going to heaven,” in common speak. Evangelicals generally teach that this occurs instantaneously upon the believer’s death.

The problem with this, however, it that it makes the lifelong sanctification process that is the foundation of the Christian life an almost superfluous aspect of salvation. Indeed, according to this system of belief, the believer faithful to Christ since childhood experiences glorification the same as the child rapist who repents with his dying breath.[2]

This seems inconsistent with Paul’s teaching about those who will be saved “as one escaping through the flames,” (1 Cor 3:15) and I cannot help but to question the availability of shortcuts in the salvation process. After all, if such shortcuts are available, why would God not merely make us perfect upon our accepting the Gospel?

These questions have prompted many Protestants, including myself, to rethink the concept of purgatory. For all its abuses within medieval Catholicism, the underlying idea of purgatory has great merit. After all, if salvation is a process, why would God not continue to complete the process postmortem? If salvation is about more than our own individual destinies, why should death provide a shortcut to the end?

In this understanding, purgatory is not a place for the believer to be punished for his sins—for Christ has paid that debt—but is rather a state where the believer allows Christ to finish his work in him. (Phil 1:6) Purgatory is the hope that God will not abandon his work in us when we die, but will continue in his commitment to transform us into the image of his Son. Consequently, though it may be unpleasant, purgatory is not a state to be feared.

While perhaps different from the traditional understanding of purgatory, this is the view espoused to some extent by C.S. Lewis and (perhaps) John Wesley. (Even Pope John Paul II’s statements on the subject seem to point in this direction.)

Looking at salvation in this light provides insight on other related issues, as well. For example, if salvation is a process, the question, “Can I lose my salvation?” becomes nonsensical. Salvation is not something to be possessed, like a wallet, that can be accidentally lost or misplaced. It is a life-giving dependency on the Father that cannot be reduced to a mere legal formula about justification.

God offers his grace that brings freedom from the bondage of sin. Man must only receive it and accept Christ as his new master, but that acceptance does not bring man into a passive experience of salvation.

Because salvation is relational, man must cooperate with the grace offered to him. Should he reject God’s grace, God will not force it upon him.

Like purgatory, I think the doctrine of mortal sin, despite its frequent practical perversions, is helpful in fully understanding salvation as a process. Mortal sin, that is, grave sin intentionally committed with the full knowledge of its gravity, demonstrates that man can, through his actions, reject God in the most deeply personal terms. Understood properly, this doctrine removes the idea of sin from its often legalistic formulation and places it back into a relational context.

The phrase itself may not be helpful because of the baggage it carries in traditional Protestant-Catholic disputes and its tenancy to be reduced to legalistic formula. The underlying concept, however, should find acceptance among evangelicals.

I often think of it as a marriage. If I speak in anger toward my wife or do something inconsiderate, I may have failed as a husband, but such things are unlikely to cause a severe break in our relationship. They simply demonstrate my imperfections and reconciliation is generally easy—assuming such minor slips are not habitual.

Such is mortal sin, for in committing it we make an intentional choice to cut off our relationship with the Father. I think our obsession with legalistic formulas have deprived us of this understanding. We want to be able to say what sin is mortal and what is not. (1 John 5:16) When we do so, however, we are left either to reject the idea all together—creating an illogical hybrid of Calvinistic and Arminian theology—or to take it too far, making every mistake a revocation of God’s grace in our life.

This betrays a lack of understanding of the underlying concept. The point is that salvation is relationship, and real relationship requires cooperation. No one who intentionally, continually, and habitually sins has any hope of salvation absent repentance.

There is no such thing as “fire insurance” to be purchased by the recitation of a certain prayer or creed. Salvation lies only close to God, and those who forsake God forsake salvation. God will pursue the individual to bring him back to the fold, but should he refuse God’s overtures, God will relent.

Death, therefore, merely eternalizes man’s state before God. Hell is simply separation from God, and God allows each individual to choose to draw close to or to separate from him. I am therefore sympathetic to C.S. Lewis’ view that if hell is eternal, it is locked from the inside.[3]

Security of the Believer

Those in Christ never have to fear damnation, for it is not something into which a believer can accidentally slip. Yet, should they choose apostasy, God will not override their free will. (Heb 6:1-8)

That is the real security, knowing that God remains with us and assures us of our salvation, if we will only remain with him. (Matt 24:13) Yet, in our emphasis on this, many evangelicals portray God as some kind of cosmic kidnapper, luring us into his van. We may enter voluntarily, but once inside, there’s no getting out.

It is for this reason that I believe Paul tells us to work out our salvation with fear and trembling. (Phil 2:12)

[1] Obviously this does not mean that we can become God in essence but rather that God works to transform our nature to reflect the divine nature. At the individual level, the goal of God’s saving work is to transform us into the image of Christ.

[2] This demonstrates why hard distinctions between justification, sanctification, and glorification are generally unhelpful.

[3] This view also has support among many early great Christian teachers, such as Cyril of Alexandria and Origen. See Hilarion Alfeyev, Christ the Conqueror of Hell: The Descent into Hades from an Orthodox Perspective (Crestwood, NY: St. Vladimir’s Seminary Press, 2009), 78, 193.

Does Everything Happen for a Reason?

The Call for Unity in Romans 5