I recently smoked the Sons of Anarchy by Black Crown Torpedo, an excellent cigar. This content uses referral links. 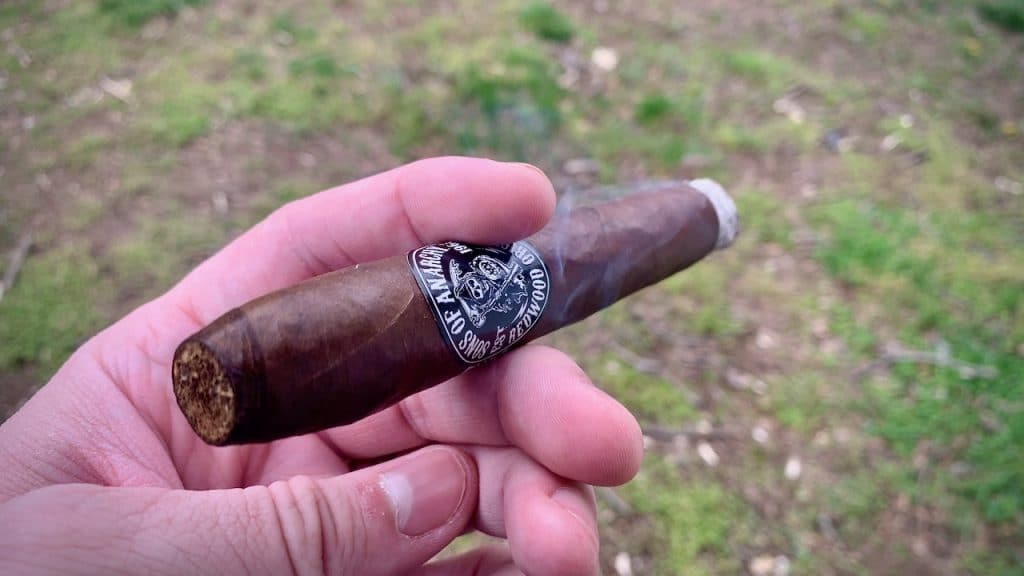 A recent shipment from Cigar of the Month included the Sons of Anarchy by Black Crown Torpedo, a solid A cigar.

A Honduran cigar with Nicaraguan fillers, a Nicaraguan binder, and an Ecuadorian Sumatra Oscuro wrapper, this cigar was delicious and well constructed.

Cigar of the Month recommends pairing it with bourbon. As is my usual habit when tasting cigars, however, I enjoyed mine with a great cup of coffee.

As the picture indicates, the label was well done and kind of cool. While it’s not typically what I like, it wasn’t loud or over the top.

As you can see in the picture, the Sons of Anarchy by Black Crown Torpedo was in excellent condition. It had a dark and oily wrapper and a flawless appearance. This was a beautiful cigar.

The cigar was solid but with just the right amount of give. It had a perfect bounce back on the squeeze and was consistent throughout.

The pre-lit cigar smelled terrific. The aroma was sweet with hints of cherry and chocolate and made me look forward to the smoke more than I already was.

Lighting the Sons of Anarchy

The Sons of Anarchy by Black Crown Torpedo lit up easily and without issue.

The draw began perfectly. As the smoke progressed, however, it became too tough to enjoy the cigar fully. After a while, however, it seemed to work through this and resume its earlier perfection.

On the retrohale, the Sons of Anarchy by Black Crown Torpedo was exceptionally smooth with flavors of wood, a bit of spice, and a general sweetness. It was nice.

The Sons of Anarchy by Black Crown Torpedo had distinct flavors of wood with hints of pepper or spice. It was smooth and delicious, but it wasn’t quite as good as the wrapper’s aroma led me to believe it would be.

It just didn’t pack the intensity in the flavor profile for which I had hoped, and I found it to be a bit weak for my taste.

After the initial light, the cigar smelled sweet with hints of cherry and a general sweetness to it. At the same time, it had a dark, more intense aroma interestingly juxtaposed with the distinct sweet notes. It was quite lovely, though a bit underwhelming.

The burn gave me a bit of trouble with some unevenness throughout. Other than that, though, it did ok. I never had to be concerned about its going out on me.

The ash performed well. I never had to worry about its falling off unexpectedly into my lap.

The Sons of Anarchy by Black Crown Torpedo left me feeling relaxed and mellow, exactly what I want. It was an all-around great cigar.

The Sons of Anarchy by Black Crown Torpedo showed itself to be well-made here. No flakes of tobacco found their way into my mouth at any point during the smoke.

Overall, this was a great cigar. It was delicious, well-made, and enjoyable. At about $5.00 per stick, it’s also a great deal.