I recently smoked the Southern Draw Connecticut Shade, an exclusive Privada Club offering. While not quite as good as its Habano counterpart, this was a fantastic cigar nonetheless. This content uses referral links. 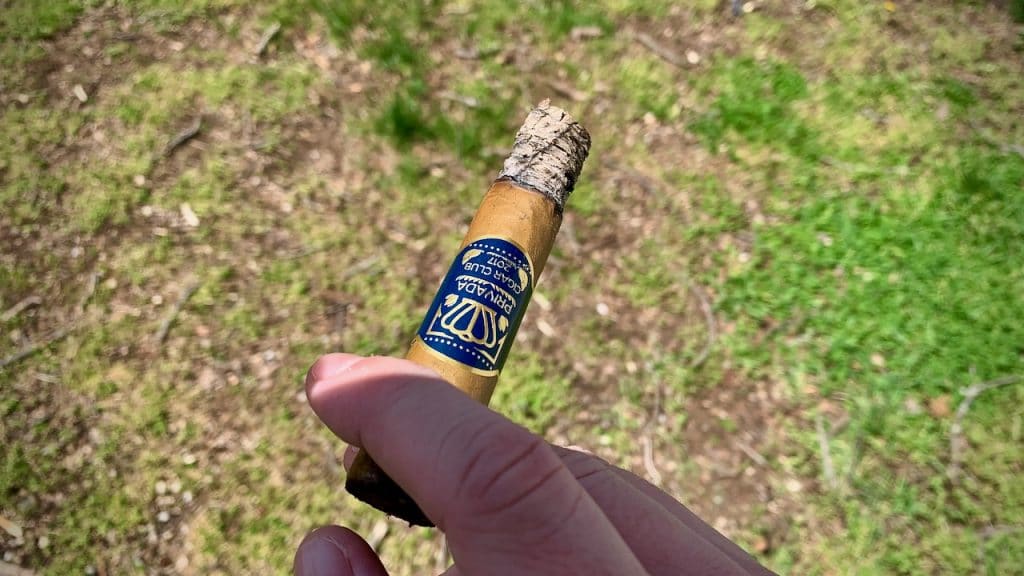 I recently discovered the Privada Cigar Club, a club that ships three rare and carefully selected cigars to its members every month. While I still love—and am still a member of—Monthly Clubs’ Cigar of the Month Club, I joined Privada to try some rarer cigars.

Monthly Clubs’ Cigar of the Month Club provides an excellent opportunity to try a large variety of high-quality, readily obtainable cigars. It is a great way to learn what boxes of cigars I want to buy in the future.

Privada, however, allows me to try cigars that may be limited runs and that I may never be able to try again.

In my first shipment, I received the Southern Draw Connecticut Shade, a Privada Cigar Club 2020 Exclusive. This prompted me to want to try the Connecticut Shade version of the same cigar, so I ordered a stick from Privada Club.

Like the Habano version, this cigar was produced exclusively for Privada Cigar Club members by Robert and Sharon Holt in conjunction with AJ Fernandez and aged for one year before being released. Except for the wrapper, the blend remains undisclosed.

Privada Club provided several drink pairing recommendations with this cigar, one of which was coffee. I went with the coffee, and they paired well together.

As the picture indicates, the label was beautiful. It was eloquent and detailed, but not over the top.

The Southern Draw Connecticut Shade came in near perfect condition. It was beautiful and silky in appearance. If I had to nitpick, I’d say it was perhaps a bit too veiny, but even that would be a stretch.

The cigar felt perfect on the squeeze. It had just the right amount of give and bounce back, not too firm but not too spongy, either. It was also perfectly consistent throughout.

The pre-lit cigar smelled sweet with hints of dried fruit. It was smooth, very subtle, and terrific.

The Southern Draw Connecticut Shade was a bit difficult to get going as the foot stubbornly resisted the flame for a time. After a while, though, it lit up just fine.

The draw on this cigar was ok, but it was a bit too tight at first. As the smoke progressed, it got a little better, and the draw never created a serious difficulty. It was not, however, what I expect in a high-quality cigar such as this one.

It was fine but not perfect.

On the retrohale, the Southern Draw Connecticut Shade was smooth with hints of pepper, spice, and wood. It was also a bit dry with a lighter consistency in the smoke.

It was nice, but it seemed a bit hollowed out like it was missing just a little something to make it perfect. It lacked the fuller flavor profile of its Habano counterpart and therefore fell just a little short here.

The Southern Draw Connecticut Shade tasted of apricot and dried fruit. The smoke was silky with powerful hints of cream mixed in. While there was a little spice to help balance the light flavors otherwise present, it didn’t quite pull it off. The character was, in fact, just a bit bland.

After the initial light, the smoke smelled sweet with a bit of spice and perhaps mint. The aroma was smooth and not overpowering. Nonetheless, it was nothing to write home about, either.

The Southern Draw Connecticut Shade burned perfectly. It burned evenly and consistently throughout the smoke, demonstrating itself to be an extraordinarily well-made cigar.

The ash was fine. It wasn’t anything extraordinary, but it didn’t cause any trouble, either.

This cigar left me feeling perfectly mellow and relaxed, exactly what I want. It was, overall, an incredible smoking experience.

The Southern Draw Connecticut Shade showed itself to be well-made here. No flakes of tobacco found their way into my mouth at any point during the smoke.

I absolutely loved this cigar. While its flavor profile left just a little bit to be desired, the smoking experience was terrific, and I did not want to let it end. I smoked it down to the nub until it became impossible to smoke it anymore. +1 point.

This was an extraordinary cigar, and I would jump at the opportunity to have another one. At $12 per stick, however, I don’t see that happening anytime soon, particularly as I prefer the cigar’s Habano cousin.

Still, there’s no denying what an extraordinarily excellent cigar this truly was.

I recently stumbled upon Privada Cigar Club through an article in Cigar Aficionado. Every month, I receive three rare, aged, limited edition, or new and noteworthy cigars specially selected for me. (Privada Club uses a personal flavor profile I submitted when I signed up to help make its selections for me.)

I’d encourage you to check it out. I’ve loved it so far—and the customer service is extraordinary. I’m not an affiliate, so I don’t receive any compensation if you sign up for the Club.

As always, however, I also want to recommend Monthly Clubs’ Cigar of the Month Club. I’ve been a member for years, and I love it. If you sign up, you’ll get five premium cigars delivered to your door every month.

Note, however, that, while I am an affiliate for Monthly Clubs’ Cigar of the Month Club, I was a member for years before becoming an affiliate. So, I absolutely love this Club.