The Eviction Process in Arkansas 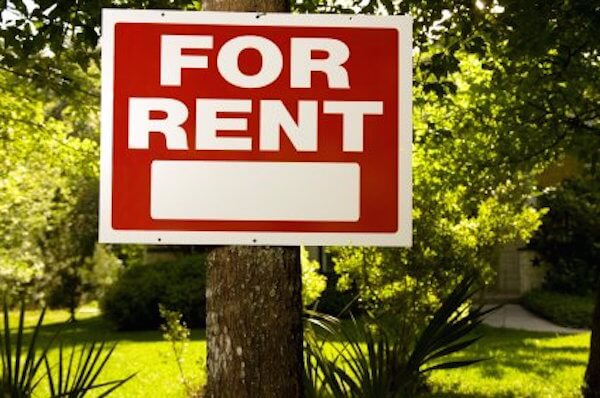 Unfortunately, a tenant’s failure to pay rent is a problem every real estate investor will likely encounter over the course of his or her career. For this reason, familiarity with Arkansas eviction laws is critical. An investor’s expenses do not stop merely because a tenant stops paying rent. Consequently, moving quickly to remove a tenant unwilling or unable to pay is an important—though regrettable—part of owning investment property. (Except, perhaps, if you focus exclusively on short-term rentals, like Airbnb properties.) Investors without a thorough knowledge of Arkansas eviction laws and the eviction process subject themselves to significant economical and legal risks.

According to Arkansas eviction laws, a tenant who shall “willfully and without right” refuse to pay rent and refuse to vacate the premises upon the landlord’s providing a three day written notice to vacate is guilty of unlawful detainer. (A landlord must provide a fourteen day notice if the reason for the eviction is a failure to comply with other lease terms, such as by having pets where the lease forbids it.

The tenant has the opportunity during this time to fix the problem.) Many tenants will move out voluntarily once the landlord demands possession, particularly where the tenant has not paid rent due. Often, however, a tenant will refuse to leave, making an understanding of the eviction process in Arkansas critical.

If after three days notice the tenant fails to move, the landlord may file a complaint against the tenant in court. There is a filing fee associated with this that can vary from county to county. In Benton and Washington counties, for example, the filing fee to begin the eviction process in court is $165. The complaint must also be served upon the tenant, which generally requires the utilization of a process server at an additional fee that is typically around $50.

Arkansas laws governing evictions state that the tenant then has five days to file a written answer with the court. If the tenant wishes to dispute the landlord’s claims in court and wants to remain in the property, he or she must at the time of filing the answer deposit with the court enough money to cover the amount of rent due on the property and must continue to pay rent into the court registry during the course of the proceedings. The time required by the eviction process in Arkansas is heavily dependent on the tenant’s response to the complaint served upon him or her.

If the tenant fails to answer, pay the required rent, or both, the court may issue a writ of possession, which the sheriff will then serve upon the tenant. If the tenant fails to vacate the premises within twenty-four hours, the sheriff will forcibly remove the tenant. At that point, the landlord will again have possession of the property and may be satisfied. The process of eviction, however, is a two-step process. The process just described is the preliminary determination of the right to possession. The question of damages is left for a subsequent court hearing.

If the landlord desires, he or she may continue with the eviction process and secure a judgment for the back rent or any other damages from the tenant. A landlord’s Arkansas eviction rights include the right to obtain any money owed by the tenant. The old cliché, “You can’t squeeze blood out of a turnip,” however, is often applicable to these types of circumstances, and a judgment successfully obtained against a broke tenant may be very difficult to enforce. After all, a tenant that could afford to pay the rent probably would have. Individual circumstances may vary, however, and this route is available to those landlords who believe it to be worth the additional legal costs.

Landlords should keep in mind, however, that a tenant has the right to dispute a claim of unlawful detainer as part of the eviction process in Arkansas. Arkansas eviction laws, while generally very favorable to landlords, still seek to maintain a tenant’s due process rights. Tenant disputes may not often be a serious issue where a tenant simply does not pay rent, but occasionally a tenant will contest the landlord’s claims and may even level his or her own unique counterclaims against the landlord.

If the landlord is able to secure a writ of possession, for example, but then final court findings are for the tenant, the landlord will have to compensate the tenant for any damages the tenant suffered as a result of being wrongfully dispossessed of the property. This serves as a hedge against abuses by unscrupulous landlords, preventing them from seeking the eviction of a tenant without just cause. As failure to pay rent is usually the reason for eviction proceedings and is often a black and white issue, however, a successful claim against a landlord in a wrongful detainer action is relatively uncommon.

This post describes the civil method of eviction in Arkansas. There is also a criminal method of eviction known as failure to vacate that I will discuss in a future post. Arkansas is a very landlord friendly state relative, and the legislature has provided a variety of protections to landlords to ensure tenants pay their rent. Landlords must, however, follow the law precisely. It is therefore important that both landlords and tenants have at least a basic understanding of Arkansas eviction laws.

What if rent is refused? What is the process then?

Kristy, the answer to your question can be very fact specific. I cannot provide specific legal advice through this site, so, if you are facing this issue, you should speak with a local attorney who can provide you with personalized guidance.

I have a friend that I allowed to live with me under certain circumstances, she has not obeyed those circumstances. I am needing to know what the process is to evict her. She is not on the lease but I understand that since she has lived with me for 6 months that there is a process I have to go through. I live in Bentonville, AR and just want to know what the eviction process would be to evict her. Any advice would help.

I’m sorry, but I am unable to provide specific legal advice through this forum. You may want to speak with a local attorney to help you address this issue.

What happens if a renter becomes physically unable (as in literally can’t move to Arkansas) to take possession of a rental after signing a 6-month lease? They’re willing to pay the monthly rent but want the landlord to try to rent out the unit to release them from their lease. Does the landlord have to try to rent the unit or can he just take their rent, leaving the unit empty for 6 months. Also, who’s responsible for upkeep of the empty unit if the renter can’t physically be in Arkansas?

Your scenario seems very specific. A landlord generally has the obligation to mitigate damages–by renting out to someone else, for example–but the exact application of the law to these circumstances will depend on a variety of things, such as the wording of the lease. I can’t provide specific legal advice through this forum, so if this is a situation you are facing, you may want to consult with an attorney in your area.

In Arkansas, can Landlord change out the locks and require immediate eviction in an apartment simply because tenant had a cat (took in stray till tenant could find it a permanent home) — the rental contract does specifically say “no pets”, so obviously this covenant was violated. The question is if this act (having a cat in the apartment) justifies the said action taken by Landlord. thanks for your time.

I cannot provide legal advice through this forum. You may want to speak with a local attorney.

I am a landlord in Faulkner County… I have been trying to keep up with the recent developments concerning this case, but i havent been able to find anything recent. Do you know if Arkansas is appalling the Pulaski County Judges Decision?

I’m sorry. I haven’t heard anything about the status of that case.

If I have received a notice to quit can I pay what rent I owe to maintain tenancy?

I’m sorry, but I can’t provide personal legal advice through this forum. You may want to speak with an attorney in your area.

Garrett what is the purpose of this page if you can not give any advise, other than to refer one to an attorney?

This website is for general informational and educational purposes only. (Please see the Terms and Conditions page.) Legal issues can be complex, so I encourage you to speak with a locally licensed attorney to assist you with whatever personal issues you might have.

Garrett, as for Civil Processing Service. What has to be served by the Sheriffs office, what may be served by a civil process service, and can a landlord serve their tenant anything? Each State is different. Thank You, Kathy

My sister in law lost her husband a year ago. Her son is disrespectful, expects his mom to do his laundry, cook his meals etc. She put her foot down, wrote out an “agreement” the beginning of June 2018. He just looked at it, and threw it in his room. He continues to lie to her, he comes and goes as he pleases and is now doing drugs. Last nigh was the last straw. She put his stuff on the porch and told him to leave. he is 21 and on SSI, he has been paying rent, but he will not follow the rules. I want to make sure that she is doing it properly since he is causing her so much stress i is affecting her health.