Our desire to know God does not necessitate our accepting the object of our desire should he reveal himself. The hungry man may reject the food set before him. 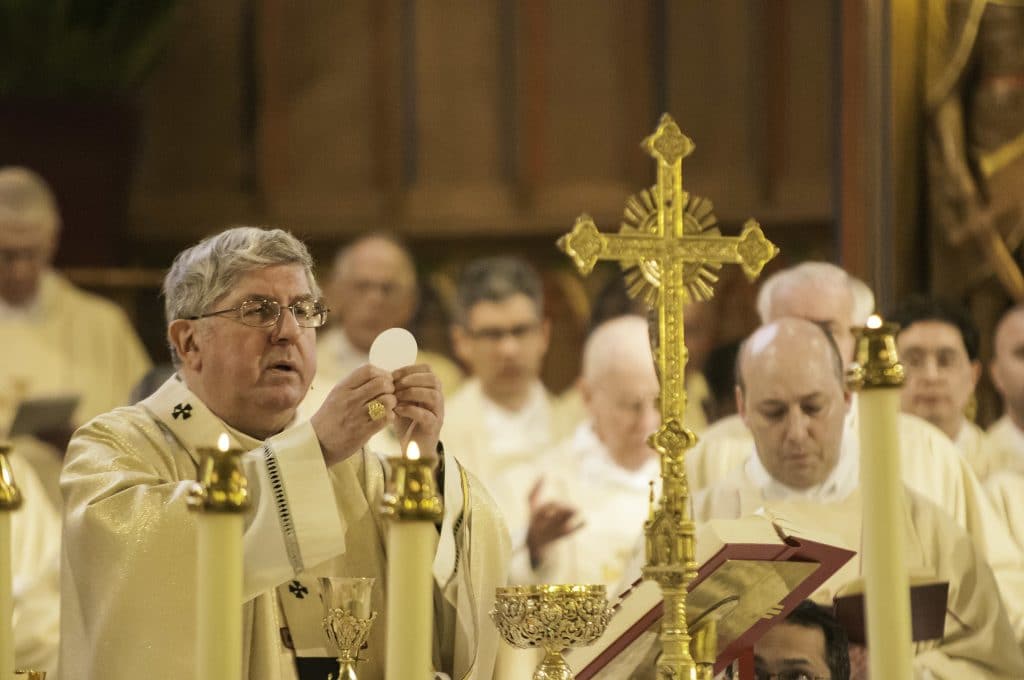 31 Created in God’s image and called to know and love him, the person who seeks God discovers certain ways of coming to know him. These are also called proofs for the existence of God, not in the sense of proofs in the natural sciences, but rather in the sense of “converging and convincing arguments”, which allow us to attain certainty about the truth. These “ways” of approaching God from creation have a twofold point of departure: the physical world, and the human person.

32 The world: starting from movement, becoming, contingency, and the world’s order and beauty, one can come to a knowledge of God as the origin and the end of the universe.

As St. Paul says of the Gentiles: For what can be known about God is plain to them, because God has shown it to them. Ever since the creation of the world his invisible nature, namely, his eternal power and deity, has been clearly perceived in the things that have been made. (Rom 1:19-20)

33 The human person: with his openness to truth and beauty, his sense of moral goodness, his freedom and the voice of his conscience, with his longings for the infinite and for happiness, man questions himself about God’s existence. In all this he discerns signs of his spiritual soul. [T]he soul, the “seed of eternity we bear in ourselves, irreducible to the merely material”, can have its origin only in God.

34 The world, and man, attest that they contain within themselves neither their first principle nor their final end, but rather that they participate in Being itself, which alone is without origin or end. Thus, in different ways, man can come to know that there exists a reality which is the first cause and final end of all things, a reality “that everyone calls God”.

35 Man’s faculties make him capable of coming to a knowledge of the existence of a personal God. But for man to be able to enter into real intimacy with him, God willed both to reveal himself to man, and to give him the grace of being able to welcome this revelation in faith.(so) the proofs of God’s existence, however, can predispose one to faith and help one to see that faith is not opposed to reason.

How Can We Know God?

Our ability to know God comes through a three-part process. First, we are engrained with something deep within ourselves that tells us that there is something more, that we are neither our own “first principle” or “final end.”

The human experience is overwhelmed by concerns for the spiritual, and it has been for all of recorded history. The thing after which we all grope, in all its mysterious uncertainty, we call “God.”

The object of this groping has taken on various manifestations and names through the millennia. Nonetheless, the consistent thread through all the different cultural depictions of the spiritual and supernatural is the search itself. There is a universal search for God.

And this is where the personal God revealed in Jesus Christ comes to the fore. God was pleased at a specific time in history to reveal himself to us.

All the ways that God has revealed himself to humanity over the millennia are, of course, unknowable, but we see God’s grabbing a foothold, a starting point, in the revelation of himself to the Jews. Then we find its full fulfillment when he took on the flesh of a Jewish man.

Yet, it is not all that simple. Our desire to know God does not necessitate our accepting the object of our desire should he reveal himself. For a myriad of reasons, the hungry man may reject the food set before him.

So also, those who harbor that deep desire for the spiritual within them may encounter God, the object of that deeply imbedded hope, and yet reject him nonetheless.

And God gives us the freedom to do just that.

God, however, does not stop his pursuit of us. He has embedded us with a desire for him. He has revealed himself to us. And finally, he offers his grace to us, empowering us to accept that which he reveals.

This is an interesting point, particularly for me having come from a Protestant background. The Reformed tradition holds that individual salvation is a matter entirely of divine sovereignty. God alone determines who will be saved and who won’t.

The Arminian wing of Protestantism, however, argues that God offers his salvation to everyone. Anyone who is not saved rejects God out of an exercise of their own free will.

Both sides, however, agree that no one is capable of being saved without God’s making the first move toward them. All come to God by God’s grace.

It was, therefore, a bit surprising to find that Catholics believe the same thing. There is such a predominant caricature within Protestantism of Catholicism as a works-based faith, where Catholics believe if they do enough good works, they can make their own way to God.

That is absurd. The Catholic too believes, as affirmed here in this section of the Catechism, that salvation is by faith and we can only accept God’s grace should God make that first move toward us.

That is, we cannot believe unless God allows us to believe.

This is a fundamental Christian principle and fully acknowledges how indebted we all are to God’s goodwill and his infinite, though undeserved, love for us all.