How to Talk to Protestants about Tradition 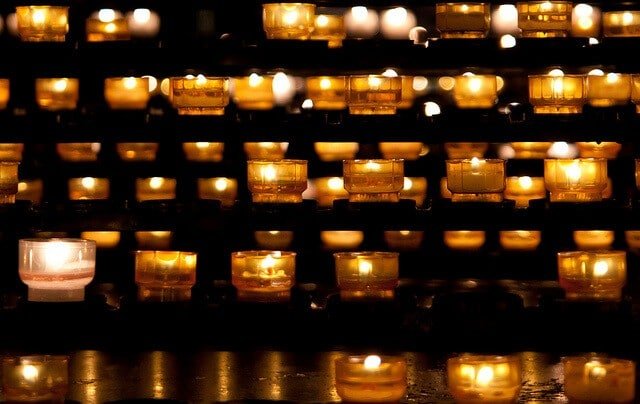 “Tradition means giving votes to the most obscure of all classes—our ancestors. It is the democracy of the dead. Tradition refuses to submit to the small and arrogant oligarchy of those who merely happen to be walking around.” G.K. Chesterton, Orthodoxy

The Catholic understanding of tradition, with all its nuance, complexities, and distinctions, can be a difficult concept to explain to Protestants, who generally harbor significant prejudice against the idea of tradition as authority. In this article, I discuss how to talk to Protestants about Tradition.

Scripture, Tradition, and the Apostles

Nevertheless, the apostles create a common starting point from which you can build understanding with Protestants, helping to dispel the notion many Protestants hold of Catholicism as a bizarre distortion of early Christianity. The major difference between Protestantism and Catholicism is simply that Protestants believe that divine truth is revealed fully and only through Scripture, whereas Catholics believe that “the Gospel was handed on in two ways”: orally and in writing through Scripture.[1]

You can lay the groundwork for dialogue in this regard by pointing to Scripture itself. In 2 Thessalonians 2:15, for example, Paul writes, “So then, brothers and sisters, stand firm and hold fast to the traditions that you were taught by us, either by word of mouth or by our letter.” You can help Protestants understand Catholic theology by explaining that the “word of mouth” is Tradition and “our letter” is Scripture, which together form the entirety of the apostolic faith.

Most Protestants can appreciate that “the first generation of Christians did not yet have a written New Testament,”[2] and so there must have been an authoritative teaching other than Scripture to guide them. With the books that would eventually make up the New Testament not completed for at least sixty or seventy years after Christ and an authoritative canon not established for at least another two hundred years after that, most Protestants will recognize that the message of salvation on which the Church was founded preexisted Scripture.

Protestants may dispute whether what Catholics call Tradition really originated with the apostles, but this approach should make the Catholic position more understandable and relatable to the Protestant mindset.

The Church as the Guardian of Tradition

Protestants, particularly evangelical Protestants, question the need for anything outside Scripture. So, how do you explain the importance of Tradition?

First, the entire apostolic message that preexisted the New Testament was not later enshrined in Scripture, as Paul and even John seemed to indicate (see John 21:25). Since Tradition “comes from the apostles and hands on what they received from Jesus’ teaching and example and what they learned from the Holy Spirit,”[3] it is important to preserve it. Tradition is not, as many Protestants mistakenly believe, the cumulative result of two thousand years of Catholic doctrinal innovation and development, but rather the preservation of the apostolic teaching that did not make it into Scripture.

While many Protestants—including myself—believe that mistaken doctrines were introduced into Catholicism, we do an injustice to Catholic belief when we fail to appreciate what Catholics actually mean by Tradition. Properly explaining the Catholic teaching on the subject can help dispel many misconceptions Protestants hold and promote understanding of Catholicism within the Protestant community.

Explaining Tradition can help lay the groundwork for discussing an aspect of Catholic ecclesiology many Protestants find bizarre: the bishop. While some Protestants have bishops or other forms of church oversight, many evangelical denominations stress the autonomy of the local church and deride bishoprics as worldly power structures created by Catholicism to increase its temporal power—though, of course, they exist within Eastern and Oriental Orthodoxy as well.

In the context of Tradition, however, the role of bishops makes more sense because they serve as the successors of the apostles,[4] so “that the full and living Gospel might always be preserved in the Church…”[5] This is to say that bishops serve to safeguard the apostolic faith—including Tradition—from generation to generation in an unbroken line until the return of Christ.

Many Protestants fail to appreciate the difference between Tradition handed down from the apostles and what is generally meant by the word “tradition.” It is important to explain the difference to Protestants, and I believe the words of the Catechism state it best,

Tradition is to be distinguished from the various theological, disciplinary, liturgical or devotional traditions, born in the local churches over time. These are the particular forms, adapted to different places and times, in which the great Tradition is expressed.[6]

These traditions do not hold the same level of authority and can be modified or abandoned without undermining the authority of Tradition itself.

It is important to explain that Tradition is not about a negation or relegation of Scripture. Rather, it is about valuing the teachings of the apostles in all their forms, not simply those teachings that they wrote down. Both the writing and the preaching of the apostles deserve respect and preservation.

Protestants will undoubtedly disagree with many Catholic teachings and views in this matter, but this perspective should help many at least understand the consistency and logic of the Catholic point of view.