Maybe We Shouldn’t Vote for President

In this post, I discuss the original purpose of the Electoral College and argue that we shouldn’t vote for President. 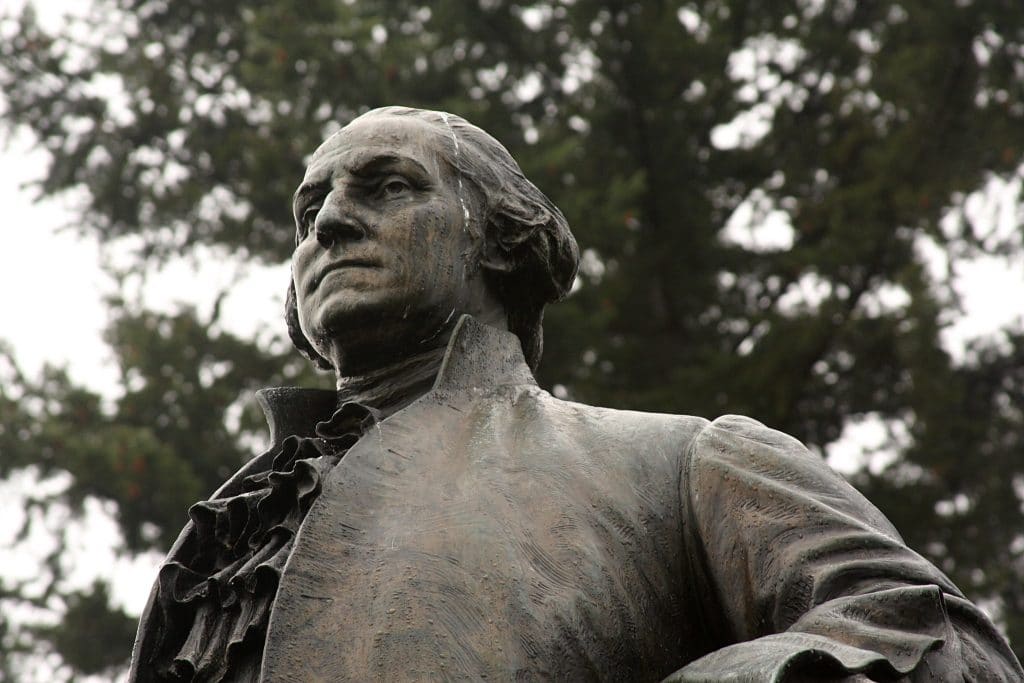 The ire died down, however, as the winner of the next three Presidential elections won the popular vote.

In 2016, however, the winner of the Electoral College lost the popular vote again, this time to secure the Presidency for one of the most controversial and polarizing figures to hold the office in modern memory. After a one-hundred-and-twelve-year gap between two popular-vote losers becoming President, it took only sixteen years for it to happen again.[1]

Now, widespread questioning about the Electoral College has arisen once again with one’s position on the topic almost always related to whether its elimination would benefit one’s political position.

The Electoral College, however, has a complicated history that is not well known, but it is one worth considering again. Perhaps we should contemplate the original framer’s intentions. Maybe we shouldn’t vote for President at all.

Calls to abolish the Electoral College have begun reverberating on the left, particularly among those who see it as the force of evil that secured the election of Donald Trump. Such calls are, of course, futile.

Outright elimination of the Electoral College would require a constitutional amendment, necessitating two-thirds approval of both houses of Congress and assent by three-fourths of the states.

Representatives and Senators from small states are not going to cede their home state’s disproportionate power to select the President, nor are three-fourths of the states going to agree to surrender their control to the largest states.

Attempts to create interstate compacts may have a higher chance of passage, but they face the same hurdles of self-interest.

Besides, there is some justice in the current system. It prevents concentrated population centers from selecting the President for the rest of the country. A presidential candidate must, therefore, build a broad base of geographical support to obtain the office.

On a more hypothetical level, it is difficult to determine how the popular vote would have turned out in past elections had the Electoral College not existed. Voters in non-competitive states have less incentive to vote.

While this is just as true in Wyoming as in California, California is much more populous. It stands to reason, therefore, that more Republican voters stayed home in California and New York than Democratic voters did in Wyoming or perhaps even in Texas (which is more competitive down-ballot).

Nonetheless, the counterargument that the person who receives the most votes should win is not a weak one. It is consistent with the general understandings of democracy and the “one man, one vote” principle underlying our constitutional system.

Why We Have an Electoral College

Maybe there is something to that. Perhaps we shouldn’t vote for President at all.

The People Shouldn’t Vote for President

The framers created the Electoral College as a separate body whereby individuals could be “chosen by the people for the special purpose” of selecting the President. As the Federalist Papers indicate, the framers believed that the election of the President “should be made by men most capable of analyzing the qualities adapted to the station, and acting under circumstances favorable to deliberation…”[2]

Plainly put, the selection of the President was too weighty a matter to be entrusted to a plebiscite. Instead, a “small number of persons, selected by their fellow-citizens from the general mass, will be most likely to possess the information and discernment requisite to such complicated investigations.”[3]

The intent, therefore, was that the people would select, either directly or through their duly elected representatives—electors were often selected by the state legislatures—the most distinguished and informed among them to gather together to choose the President.

In addition, the meeting of the Electoral College was not intended to ratify a foregone event but rather to provide a chance to deliberate and select the most qualified individual. The idea was that the Electoral College would more resemble the cardinals in conclave than the mere formality that it has become.

The Electoral College as a Nominating Body

If a majority of these people could not agree as to who should be President, then the people’s agents in the House of Representatives would choose from the three persons receiving the most electoral votes.[4] Each state’s delegation, however, would receive only one vote apiece.

It’s hard to see how geographical diversity within the President’s power base was not at the forefront of the framers’ minds.

We Shouldn’t Vote for President

There is much to commend this system. Such a system would prevent demagogues from obtaining the Presidency, and it would instead promote the selection of the most qualified, able person to obtain the position.

Ability and competence, not oratory skills or the capacity to stir up popular fervor, would distinguish oneself as qualified for the Presidency. Dignity would rule.

The System as Intended

In fact, that is what happened under the old system. Up until Andrew Jackson defeated John Quincy Adams in 1828, this was the general way by which presidential elections were carried out. Electors were selected by popular vote for the actual electors—often by districts—were chosen by the state legislatures, or were selected by a mixture of the two.

It is worth noting that all the Presidents elected under this system were great. The Presidents so selected were George Washington, John Adams, Thomas Jefferson, James Madison, James Monroe, and, to a lesser extent, John Quincy Adams. (The system was starting to break down by 1824.) Two of them—George Washington and James Monroe—even ran unopposed, an unthinkable proposition today.

The method that the founders set up is the most efficient and the most effective way to select a competent President. Reverting to this system would ensure high-quality Presidents with proven track records, would reduce national polarization, and would spare us all the two-year presidential campaigns that plague our society.

Such a system would also reduce the power of the Presidency. The Presidency and Vice Presidency are the only offices with a national constituency. Therefore, nationwide popular support has allowed the President to assume more and more political power into the office at the expense of the legislative branch.

Congress has been content with this, as the rise of the administrative state has allowed individual congresspeople to avoid taking responsibility for controversial pieces of legislation.

The President would, therefore, be reduced to his actual constitutional role: presiding over and administering the government within the parameters set by the Constitution and Congress.

The people should be more concerned about the election of their governor and their congressional representatives than about the President. We would all be better off for it.

While it may be an unpopular proposal, we should revert back to this system. The Hamiltonian idea of dividing states into electoral districts whereby people select a qualified individual, rather than an elector pledged to a specific candidate, to deliberate with other such selected electors could be particularly valuable.

Moving back to such a system would not require a constitutional amendment. Individual states would simply have to change how they choose electors. This has been within their power all along, and they should revert back to the original system.

We the People shouldn’t vote for President, at least not directly.

[1] It’s worth noting, however, that only twelve years separated the election of Benjamin Harrison and Rutherford B. Hayes.

[4] Under the original constitutional scheme, the people did not have representatives in the Senate, as Senators were selected by state legislatures, not by popular vote.