In this post, I share my thoughts on what it really means to keep Christ in Xmas. 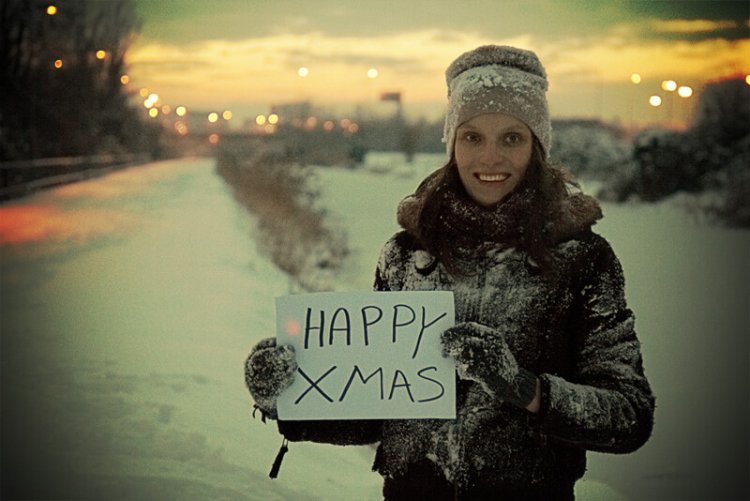 The season of peace and love has a knack for inspiring conflict and hate. A battleground in the so-called culture wars, Christmas is marked with vitriolic strife over proper holiday greetings and appropriate public displays.

So, how are we as believers to react to the discord that surrounds us? What does it really mean to “Keep Christ in Christmas?” And, what’s with the phrase, “Merry Xmas?”

The Reason for the Season?

A paradigm shift in thinking is required to understand our true meaning and purpose during the Christmas season. While there has no doubt been concentrated efforts to remove Christian references from this Christian holiday, I am skeptical of the sky-is-falling claims that seem to characterize the responses they inspire. Most secularist attacks border on the absurd.

The idea that a nativity scene on a courthouse lawn threatens the establishment of a state religion any more than placing December 25th on the public holiday calendar seems a bit strange, and insisting we replace “Merry Christmas” with another religious phrase—“Happy holidays” equals “Happy holy days”—seems bizarre as well.

Perhaps the strangest is the insistence on calling Christmas “winter holiday,” as if there were a movement to revive the pagan Dies Natallis Solis Invicti celebration. Governments, schools, and businesses close on December 25th to commemorate the birth of Christ, and attempting to replace the popular vernacular with politically correct clichés is a bit silly.

The Christ in Xmas

One of the most ironic of reactionary believer battle cries is the admonition to “keep Christ in Christmas,” which often represents a rebellion against the Xmas abbreviation. I suppose it is easy to assume this abbreviation marks an attempt to remove references to Christ from the holiday, given our culture’s use of “x” as an unknown variable or placeholder in both mathematics and popular speech.

The “X,”  in Xmas, however, is not an “X” at all, but a Chi, the first letter in the Greek spelling of “Christ” (Χρίστος). Since the New Testament was written in Greek this makes sense and explains the origin of Xmas—an abbreviation invented by the Church. So, while there may be some who use the abbreviation to extirpate Christ from the holiday that bears his name, by doing so, they actually perpetuate an ancient Christian tradition.

Recognizing the absurdity of the “war on Christmas”—as some have called it—should help us put things in perspective. Not every culture’s inquisitors wear clerical robes. Ours, however, are almost farcical, and we should recognize they pose no real threat to the free exercise of our faith. There is therefore no reason to counter with an aggressive stand of our own; we are called to something more.

What We Are To Do

This culture war is simply not one we should be fighting. As Robespierre said, “No one loves armed missionaries.” If others want to insist that their vacation has no connection to the birth of Jesus, then let them. Christ has called us to love others; another’s lack of faith cannot undermine our own.

While there are doubtlessly those seeking to diminish Christ’s importance, we would do well to remember that our Lord can stand up for himself. We are called to exhibit Christ’s love in the world, and we should utilize the Christmas season to respond to any perceived attacks on our faith with a demonstration of that love.

We do not keep Christ in Christmas by insisting that others honor our religious icons, utter proper phrases, and spell out Christmas longhand. We keep Christ in Christmas by demonstrating the love and graciousness of Jesus Christ in all that we do. Christ’s presence is not established through slogans or symbols, but through deeds. They shall know us by our fruit, and in this time, as we celebrate the birth of our Savior, we would do well to keep this in mind.

So, be kind to your neighbor, show Christ’s love, and wish everyone a merry Xmas.