The more I interact with people of all different political beliefs, the more I realize you can’t win with some Trump voters. 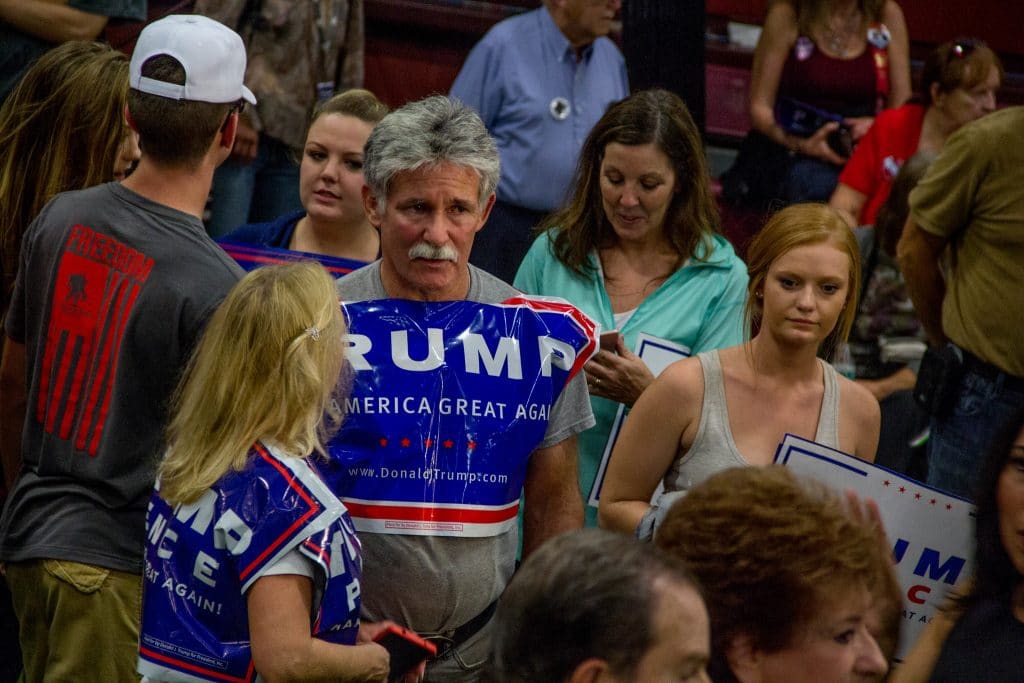 Photo by Michael Candelori is licensed under CC BY 2.0.

Politics is interesting for the way that it can draw a fanaticism out of people inclined toward such behavior. At Yale, I encounter the fanatics of the leftist variety all the time.

There’s something about a die-hard Trump supporter, however, that is just different.

I have discovered that, in general, that are two types of Trump voters: the hold your nose and vote for the lesser of two evil types and the Red Guard-types who have created a cult of personality around the President. Anything short of absolute and complete loyalty merits unmitigated scorn.

You can’t win with some Trump voters. If you aren’t willing to sing Trump’s praises endlessly, your vote doesn’t mean anything. You’re as bad as a communist.

I was recently on the receiving in of such demonstrations of scorn from a woman who claimed that Trump was the best President we’ve ever had—I guess I overestimated George Washington’s value—and that I must be a CNN admirer.

I am a conservative Republican. I voted for Bush, McCain, and Romney. I wrote in Jeb Bush in 2016, but, given the choices available this year, I’ll probably hold my nose and vote for Trump.

The lady’s statement was, therefore, ridiculous, but it does demonstrate the fervor with which they support the President. Even as a conservative, you can’t win with some Trump voters.

To be fair, the strange statements and the “you’re either with us or against us” mentality of some Trump voters is generally benign. I haven’t encountered anyone whose behavior would move into the realm of harassment or anything close to that. In that, the fanatical Trump supporters are not nearly as bad as the Bernie bros.

My point, however, is that conservatives should cease with the end fighting, and Trump supporters that attack the undecided voters who are most willing to vote for their guy are engaging in a counterproductive endeavor.

It’s fascinating to me how politics can produce such fanaticism. It’s almost like a religion.