In this post, I discuss the specialized rules of professional conduct governing judge advocates practicing law in the military. 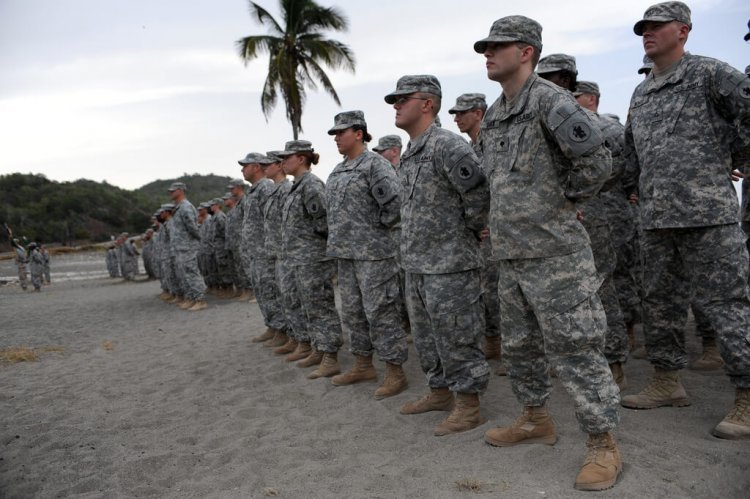 Photo by Joint Task Force Guantanamo is licensed under CC 2.0.

In a previous post, I discussed a judge advocate’s professional responsibility. In this post, I will specifically address the ethical considerations that guide a judge advocate as he or she pursues a case. Many of these rules of professional conduct are similar to those binding civilian attorneys but many have their own unique military spin.

Judge advocates owe a duty of candor to the tribunal. This means they must disclose any legal authority adverse to their own position. Of course, this also means that judge advocates may not offer false evidence or testimony at any time.[1]

As with civilian attorneys, judge advocates must sometimes walk a line between zealously representing their clients and suborning perjury. This can create a particularly difficult situation for defense attorneys because it imposes special responsibilities on judge advocates when they know their client intends to commit perjury.

Of course, before concluding that the client intends to lie, judge advocates must fully investigate the facts and have a firm factual basis for believing that the defendant does in fact intend to commit perjury.[2] Once this is established, however, judge advocates cannot merely say in open court that their client is lying. They must preserve the client’s right to put on a defense and even testify, while also maintaining the attorney-client privilege.

When judge advocates know that a client intends to commit perjury, however, they cannot conduct a direct examination of the client. They must simply allow the client to testify freely in narrative form. They also cannot assist the client during cross-examination and may not use the client’s testimony during closing arguments.

These rules are very similar to those governing civilian practice. Attorneys must maintain a client’s confidence and allow the client to present his or her own defense, but they cannot be a party to perjury.

A judge advocate must not behave in such a manner that is unfair to his or her opponent. While many of the rules of professional conduct may seem like common sense, they are nonetheless spelled out in detail.

A judge advocate may only have ex parte communications—that is, communications with the judge or panel members outside of the presence of opposing counsel—regarding minor administrative matters, such as time of arrival or the uniform of the day.[4]

Where dealing with third parties, judge advocates must be honest with regard to both the law and the facts of the case.[6] In addition, judge advocates may only speak to other represented parties through their attorneys, and they cannot direct a third party to do what they themselves cannot do—such as conduct such communications.

This can create some difficult situations in sexual assault cases because the victims have their own representative, and so judge advocates can only contact the victim through the special victims counsel. This rule even applies to the trial counsel seeking to build a case against the individual accused of the sexual assault.

With regard to unrepresented parties, judge advocates must take great care in their communications[7] and must respect the rights of others and basic standards of fairness with regard to conducting the proceedings.[8] Bad faith threats of prosecution are impermissible, violating the judge advocate’s rules of professional conduct.

Supervisors must ensure that the legal professionals under their command comply with these rules.[9] In fact, responsibility for a subordinate’s bad behavior will be imputed to the supervisor if he or she orders the behavior or essentially ratifies it by taking no remedial actions upon becoming aware of it.

Subordinates, however, will be held responsible for their own violations, regardless of their supervisor’s behavior.[10] They also cannot rely on the boss to answer ethical questions, except where the matter is ambiguous or in dispute.

Judge advocates who do not follow these rules will be guilty of misconduct, which is specifically defined as knowing violations of the rules of professional conduct, the commission of crimes that call into question their fitness to practice law, and the commission of fraud, deceit, or other behavior prejudicial to justice.[11] In addition to following the rules of professional responsibility themselves, judge advocates must report the misconduct of others if that behavior calls into substantial question the other’s fitness to practice law.[12]