In this post, I discuss my sixth week in JASOC and my interaction with Air Force pilot culture.

Please note that I am posting this article after completing my service. Therefore, I blend the notes I took contemporaneously to my time at JASOC with my reflections from four years of active duty. This content uses referral links. 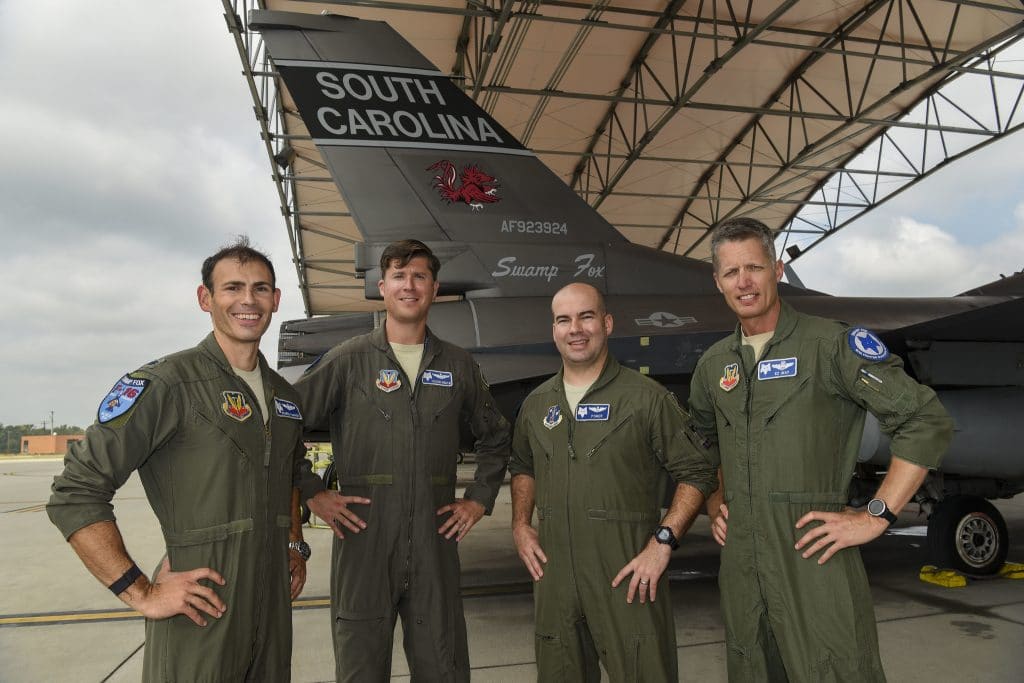 I just wrapped up my sixth week of JASOC. Things are really beginning to wind down, and now all we have left is graduation week. I anticipate next weeks’ being reasonably lowkey as we prepare to finish up and head back to our duty stations.

Admittedly, my energy for continuing JASOC is starting to wane. I find myself having a difficult time staying motivated. I am ready to be finished with the course and return to Panama City. Fortunately, though, this week has been pretty slow, so this post will be shorter than most of my previous ones on the matter.

This week we had our field exercise if you can call it that. We went to the tent city Maxwell has set up near the ropes course by the runway. (You’ll become familiar with this area if you attend COT before coming to JASOC.) We ran through a variety of operations law scenarios that were meant to simulate a deployed environment.

We had mock negotiations where faculty played the part of foreign military officers. The scenario seemed to revolve around subtle attempts by the foreign officer to solicit a bribe. The faculty dressed up in gold chains and other gaudy accessories to give off the impression of being corrupt third-world military leaders.

I found this whole thing quite bizarre. It was overall a long, strange day indicative of a branch of the military that does not, for the most part, experience combat. The chair force ranger ethos runs thick.

Having said that, though, several other people seemed to have enjoyed it or at least found it more tolerable than I did. So, your mileage may vary. And perhaps I’m just exhausted. I do enjoy this area of the law, and I would be happy were I ever to get an assignment related to operations law.

At this point, though, I’m just ready to finish up with this course and get home.

If you’ve spoken with anyone who went to JASOC more than seven or eight years ago about their experience, they will likely mention some of the field trips that they took. For example, I’ve heard of past classes traveling up to Washington, D.C., and to different battlefields.

Budgets have been tight, however, so our field trip—I’m not sure what else to call it—was to the local Air National Guard base in Montgomery. The Alabama Air Guard flies F-16s, so we went out to check out their facilities and receive briefings about their mission.

Pilots and pilot culture are insufferable. You won’t have to be in the Air Force very long to realize that. At the same time, they are—as the name suggests—the essence of the Air Force. And unlike the other branches, only they have access to those inner sanctums of Air Force culture.

In the Air Force, the non-pilot four-star is rare. Indeed, the non-rated flag officer itself is relatively rare, though not unheard of by any means at the one and two-star level. Only a pilot, however, can command most Major Commands, and only a pilot can be chief of staff.

In addition, to return to the Army analogy, enlisted troops can be in the infantry. In fact, they make up the overwhelming majority of infantry—and other combat arms—personnel. Consistent with military tradition throughout history, the officers exist to lead the enlisted, who are the primary warriors.

The Air Force, however, has this bizarre situation where—excepting only the small number of special ops units—the warriors are exclusively officers. There are no enlisted pilots. In addition, while the Army officer may find himself leading a platoon of forty men on day one as a Second Lieutenant and then a 100+ member company as a Captain, the pilot will spend fifteen years in before getting his or her first command. An Army peer is preparing to command a battalion by the time the Air Force pilot is preparing for his or her first command.

The Air Force is the only branch where officers do not, for most of their career, lead. Officership becomes more about status than culture, and that has had a horrendous effect of the culture.

Reflecting now upon my four years in the Air Force, I think my best moment in that uniform may have been hearing a former Marine infantry officer in my class interrupt an F-16 pilot going on and on about being a fighter pilot to say “I was a Marine. I’m not impressed by pilots.” Watching that pilot’s face fall will stay with me forever. It was like it was the first time someone didn’t fawn over him, and he didn’t know how to process it.

Don’t get me wrong, though. After four years in the Air Force, I would generally advise anyone wanting to become a military officer not to join the Air Force unless they can be a pilot. That’s where the action is, and anything else you do will revolve around serving pilots. (The Air Force may also be a good choice for intel.)

And, when I was in high school, I too wanted to be a pilot. Unfortunately, I failed my physical because of my eyesight while applying to the Air Force Academy, disqualifying me from pilot service. Therefore, my distaste toward pilots and their culture does not mean that I hold any animosity toward the field or toward most of the people in it, and I think anyone who is able and has an interest in it should do it. It’s an extraordinary opportunity.

(Though many of the pilot friends that I had were unhappy in the Air Force and couldn’t wait for their time to end, so they could go work for the airlines. So, take my thoughts with a grain of salt. Morale in the military, in general, seems to be pretty low right now, and it has been for a while.)

With the time wrapping up here, it’s time for me to find long-term housing for when I return. I reported to my duty station at the end of July, and JASOC didn’t start until October. I didn’t want to sign a lease on a place right before leaving for two months. So, I stayed in an extended stay hotel for the two months I was in Panama City before JASOC. (I later found out from local police that this hotel was a hotbed for meth activity, but I never had any trouble there.)

I recommend that anyone who can do this to do it. I did not have any rent to pay during my time in JASOC, so I got to pocket that BAH. (My wife is finishing out her teaching contract, so her and my children won’t join me until school gets out anyway. So, I still had to pay that mortgage.)

Still, you may want to check on the details with this. When I was in Army training, they told us that single soldiers without dependents would only get BAH if they had a signed lease or a mortgage in place. (This made some sense since the Army was providing housing during training.) I’m not sure if those are still the rules, so you may want to check on that before you go to JASOC if you’re going to try to do what I did to save money.

Anyway, as I had been looking for an apartment that would allow me to rent for only a few months, I had a difficult time finding a place that would be accommodating to my situation.

I finally found one, however, so I think I may finally have a place to stay. The landlady said that she would allow me to sign a lease that I could break if I purchased a home. Since I plan on buying a house in the next few months—VA mortgages are great deals—this should work well. The apartment is also furnished. So, that’s a load off.

So, at least I have a place to live when I head back to my duty station.