In this post, I discuss the process of changing a nonprofit, including the modification of its terms through cy pres and dissolution. 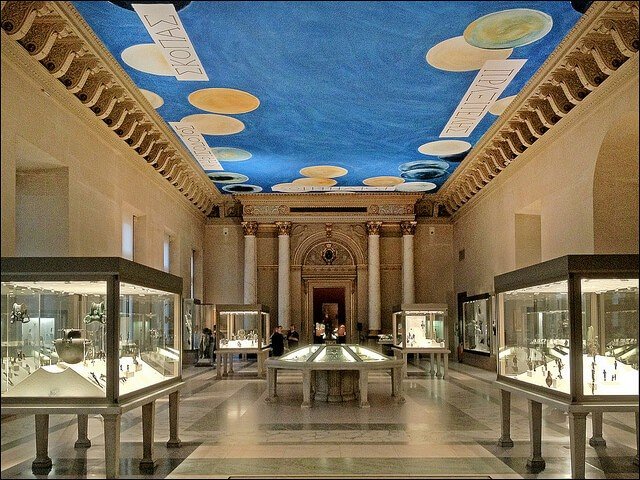 Cy pres is a doctrine whereby a court changes the terms of a charitable trust to accommodate a change in circumstances that frustrate the fulfillment of the settlor’s intent.

As an example, if a settlor were to establish a trust to provide scholarships for students attending a specific college that later dissolves, the court may modify the trust to direct its funds in a substantially similar manner, even though fulfilling the settlor’s original terms is now impossible.

There is a three-part test to determine whether it is appropriate to apply cy pres:

2. The initial charitable purpose of the trust must be frustrated for one reason or another.

3. The settlor’s general charitable intent must not be so precise as to prevent the utilization of this doctrine. So, in the example above, if the settlor’s intent was to provide scholarships to needy students, cy pres may be appropriate. If his intent was specifically to benefit his alma mater, then his intent may be too precise to invoke the doctrine of cy pres.

It should be noted that cy pres changes the purpose of the trust, something that courts generally disfavor. It will therefore allow for only the smallest possible changes.

Cy pres will not, for example, justify changing a trust simply because there is a better way to go about accomplishing the settlor’s intent. It will only be utilized in the most extreme circumstances, such as where fulfilling the trust terms is impossible.

This occurs when compliance is impossible or illegal or if, due to circumstances unforeseen by the donor, compliance would substantially defeat the purpose of the trust. The party seeking deviation bears the burden of demonstrating that the request for deviation meets these requirements, as courts disfavor changing the terms of a trust.

Dissolution and Distribution of Assets

While we would like to think that nonprofits are always wound up voluntarily—whether the mission was accomplished or the insiders simply no longer wish to keep the organization going—this is not always the case. Sometimes a nonprofit organization can be forced to windup, even if its leaders do not wish to do so.

There are three major events that may trigger the involuntary dissolution of a nonprofit. These are:

1. Abandonment of activity. This occurs where the organization abandons the nonprofit activity for which it was founded. It may not continue to exist as a nonprofit if it fails to fulfill the purpose that allowed it to qualify for nonprofit status in the first place.

2. Insufficient assets. If the organization does not have sufficient resources to carry on its purpose, then it must dissolve.

3. Deadlock. If the insiders of a nonprofit are unable to agree on how to run the organization, it may have to dissolve. Proper planning, however, particularly in the drafting of the bylaws, should prevent such a result. It is therefore important to form a nonprofit with the assistance of competent legal counsel to plan for this possibility.

If a charitable organization receives property that is given for a specific purpose, it must be applied for that purpose. So, for example, if a university receives a $100,000 donation to endow a scholarship for first-generation college students, the university must use this money for this purpose. It is not free to use it as it sees fit. Any deviation from the gift’s purpose must occur through the cy pres doctrine.

This concept is particularly important when the a non-profit dissolves while still holding donated assets. As it is the duty of such dissolved organizations to distribute its assets to other public benefit organizations, it must ensure that donations so earmarked are delivered to another nonprofit that will carry out the donor’s desires.

Still, in such situations, the standard is generally more lax than that imposed on the organization that originally received the donation. Where a nonprofit is dissolving, courts will often look to similar activities, rather than similar purposes, when allowing for the distribution of assets to different organizations.

The practicality of such a rule should be obvious, as it is often very difficult to find another organization that can carry out the donor’s desires exactly when the organization to which he originally donated no longer exists. An analogous purpose is sometimes acceptable in such cases.

Disputes over asserts frequently arise in the context of a local chapter of a national organization. In these cases, the nature of the assets and any attachments that they have will be considered.

So, for example, where a donor has given a large donation to a local chapter of the YMCA, should that chapter dissolve, the nature and purpose of the gift must be considered when deciding whether that gift should be transferred to another public benefits organization or whether it should be assumed by the parent organization.

The modification and dissolution of a nonprofit organization can be a complex matter. It is often more complicated than dealing with a for-profit corporation. Complex and fluid rules, such as the doctrine of cy pres or special requirements for property distributions can make things very complicated. There are many factors to consider, as the organization has a duty to both the public and its donors, neither of which may be insiders at the time the organization is changed or dissolved.

Thus, there are a host of considerations that go into the modification or dissolution of a non-profit that do not apply to for-profit businesses. Because of these duties, such things must be done with great care to avoid running afoul of the law.