Should Eastern Orthodoxy Exist in the West?

In this post, I consider whether Eastern Orthodoxy, according to its own teachings, should exist in the West at all. 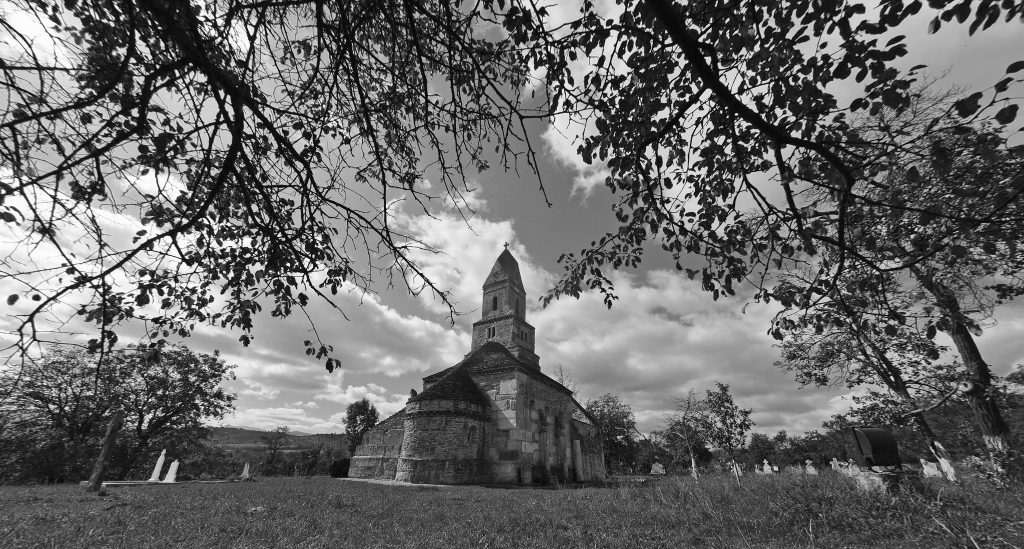 During my undergraduate years, however, I began searching for something with more grounding, as I felt a restlessness and a compulsion to find a way to practice my faith that connected me with a larger body of believers and the rich history of the Christian faith.

During this journey, I have been a member of Baptist, nondenominational, Methodist, and Anglican churches. I also spent a long time exploring and seeking to understand the Eastern Orthodox Church.

Anyone who has searched through the traditions and heritage of Christianity has likely come across Eastern Orthodoxy. In the West, Eastern Orthodoxy is frequently a source of mystery and confusion.

It’s not Protestant. It’s not Catholic. It’s something all of its own, and it’s hard to pin down within a traditional Western mindset.

My Encounters with Eastern Orthodoxy

In my faith journey, as I have sought truth and grounding in the heritage of the Church, I have come across Eastern Orthodoxy and have spent many years fascinated with it and its teachings. I still have great admiration for this faith tradition.

Its theology is deeply grounded in the traditions and doctrines of the ancient Church, leaning heavily on Scripture and the early Church Fathers. It continues in the same practices reflected in early Christian writings and has had little room for innovation.

Indeed, the liturgy it uses today was written by the great St. John Chrysostom in the fourth century. Orthodoxy also recognizes only the first seven ecumenical councils that preceded the Great Schism with Rome. It is a church steeped in tradition and marked by profound beauty and mystery.

To many Protestants, Eastern Orthodoxy is an enigma. Indeed, it looks very Catholic, so Protestants sometimes view it as a variation of Roman Catholicism. (It is ironic, therefore, that the Orthodox often lump Catholics and Protestants together as two sides of the same coin.)

After all, it has icons, incense, priests, and weekly communion. It practices infant baptism and confession. It prays to saints. It has bishops and is led—though in a way very different than Catholicism—by a European bishop with roots in the Roman Empire. It has monasteries and values celibacy.

Yet, there are some clear differences. The most apparent is married—and generally bearded—priests. But there are variations in doctrines as well.

For example, the Orthodox do not recognize purgatory. They also do not accept the Pope, or any other leader, as having universal jurisdiction over the Church, believing all bishops to be fundamentally equal. And the list could go on.

In my exploration of Eastern Orthodoxy, I have found its foundational theology to be compelling and consistent. It values tradition highly, not for its own sake, but for how it represents the unbroken line of teaching tracing back millennia.

The Orthodox understanding of the authority of Scripture, as a part of the greater apostolic tradition, also makes more coherent sense and is much easier to defend than the sola scriptura of Protestantism and sidesteps the unnecessary confusion caused by the two-stream theory in Catholicism.

Presence in the West

In many eastern countries—such as Greece and Russia—it is the predominant religion, and it is often the dominant form of Christianity in Muslim lands.

In the West, however, Eastern Orthodoxy has generally been a church for immigrants, set up to provide spiritual guidance for those coming from countries in which it is the predominant Christian faith.

Eastern Orthodoxy in the U.S.

In the United States, the situation of the Eastern Orthodox Church is structurally incoherent and disorganized. Eastern Orthodoxy values structures and holds to the firm belief in “one city, one bishop.”

Yet, different Orthodox Churches, all in communion with the Ecumenical Patriarch of Constantinople and with one another, exist side by side with different hierarchies exercising authority over the same territory within the United States.

The Patriarchs of Antioch, Moscow, and Constantinople all have established churches in the United States, and one church has been recognized as autonomous by some jurisdictions but not by others.

It is, quite simply, a mess and inconsistent with Orthodox teachings.

Legitimacy of Eastern Orthodoxy in the West

All Christian churches have their faults, consisting as they are of imperfect people. As I consider Eastern Orthodoxy, however, I wonder whether its existence in the West at all is legitimate by its own criteria.

I am not making a proposal to the contrary but merely posing the question. And I would welcome any comments that readers would like to share below. I am open to discussing this matter further. I have great admiration for the Orthodox Church and strongly considered joining it myself before becoming Roman Catholic.

Should Eastern Orthodoxy Exist in the West?

First, it is well known by those who are familiar with Eastern Orthodoxy that the Orthodox Church does not recognize the universal jurisdiction of the Pope or any other bishop for that matter.

While the head of the Orthodox Church is the Patriarch of Constantinople, he does not have the authority to interfere in the internal practices of any other jurisdiction. He is the first among equals, somewhat analogous to the Archbishop of Canterbury, who leads the worldwide Anglican Communion.

Eastern Orthodoxy and the Pope

The Orthodox, therefore, have recognized that the Pope has the authority to exercise dominion within his jurisdiction, just not within the domains of the other Patriarches.

The Orthodox and Catholic Church remained united for a millennium with the East recognizing the authority of the Pope to exercise jurisdiction over the western territories. The Pope’s authority became controversial, however, when he tried to exercise it in the East.

It is only when the Pope continued to push the issue and insist upon his ability to interfere with the internal affairs of the Eastern Church that the schism occurred in a permanent form.

Eastern Bishops in the West

If we assume that the Orthodox Church was correct in its view on papal authority, what authority does it now have, according to its own teaching, to set up church structures in western lands that should be, even by their own reckoning, under the jurisdiction of the Pope?

Has the East not violated its own “one city, one bishop” rule, not only by setting up multiple Orthodox hierarchies in the United States, but also by seeking to displace the authority of the western bishop already in place, that is, the Pope’s?

My Pontiff the Pope

I suppose the only coherent justification would be concluding that Rome has fallen into such grave heresy that it is not a legitimate church at all and that perhaps, even, that the throne of St. Peter is vacant.

The dialogue between the Pope and Ecumenical Patriarch, however, is inconsistent with this view. In addition, the lack of Catholic missionary activity among the Orthodox Christians in the West is inconsistent with such a position as well—though I understand the issue of the Uniate churches in the East has caused some consternation to the Orthodox.

This is, I think, what finally pushed me toward Roman Catholicism. I live in the Pope’s territory, in his jurisdiction, and I cannot disregard his authority for the sake of another hierarchical church with a similar position on the authority of bishops exercising that authority well beyond the bounds that church has set for itself.

In the course of my own spiritual journey, I have come to accept universal papal jurisdiction. Still, even if I hadn’t, I don’t believe there is any consistent option for a Westerner in agreement with the ancient episcopal structure to belong to any church other than Rome’s.