What is a Liberal?

The Simpsons seeks to find the elusive answer to the question, “What is a liberal?” 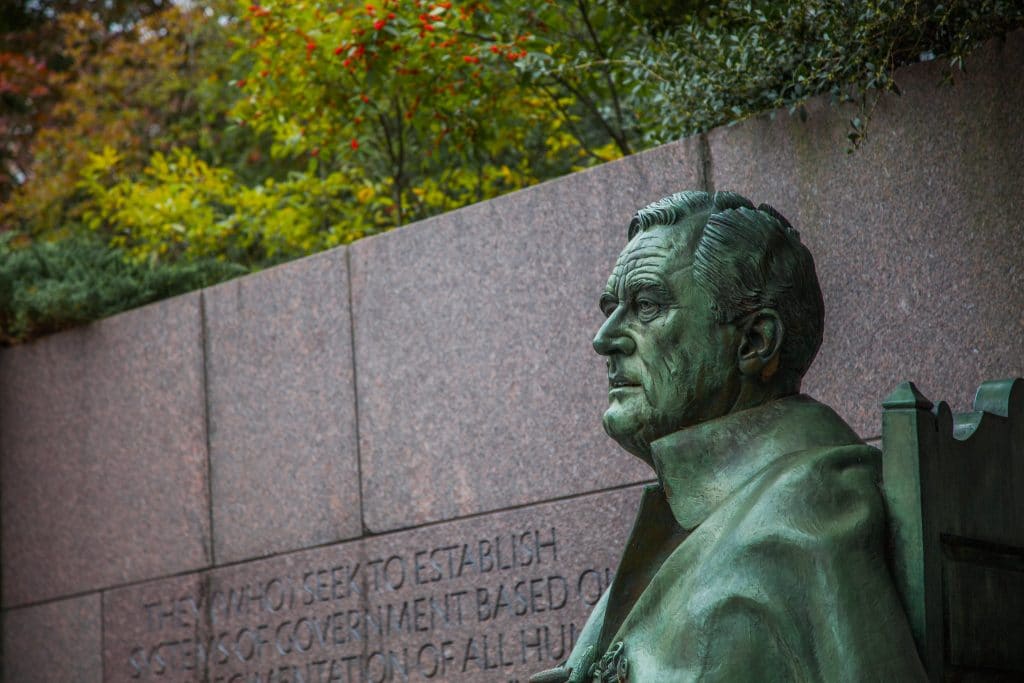 A few years ago, The Simpsons aired the episode “The Kid is All Right.” While watching it, I was struck by the definition that Lisa gives of a liberal. “Someone who believes that those who have more than enough should share a little with those who don’t.”

Such a sentiment is a widespread cliché about modern liberalism, perpetuated in popular culture and by the Democratic Party alike. And the position is understandable.

Is, however, this definition accurate? If we have to answer the question, “What is a liberal?” is Lisa Simpson’s definition an adequate one?

What separates the conservative from the liberal is not a concern for the less fortunate but rather the amenability to the use of force to achieve broader policy goals.

It is the old freedom versus security controversy, and, on this issue, I side with Benjamin Franklin (and the liberals during the George W. Bush administration).

“Those who would give up essential Liberty, to purchase a little temporary Safety, deserve neither Liberty nor Safety.”

The Divisive Nature of Coercion

Coercion is the dividing line between liberalism and conservatism. It’s not the desire to help the poor or to do what’s best for the country. I believe both liberals and conservatives hold similar foundational values on these points.

Rather, the fundamental difference is the understanding of the permissibility of using coercive means to accomplish policy objectives.

So, what is a liberal? Lisa Simpson’s answer should have been, “A liberal is someone who believes that the government should determine when you have ‘more than enough,’ and then force you to share it with those who the government determines doesn’t according to a scheme imposed by central planners in Washington, D.C.”

I understand that this is an oversimplification—and that some conservatives fall into this same trap on social issues—but its fundamental principle holds.

To ask, “What is a liberal?” we must formulate an answer that provides a good point of contrast with opposing points of view. Lisa’s response implies that conservatives do not believe that those with “more than enough” should help out those who don’t.

That is just untrue.

Most conservatives believe that the rich are morally obligated to help the poor. (In fact, conservatives have traditionally been more generous with their own money than liberals.) Conservatives, however, deny that anyone should be forced to do so, and that is the foundational difference.

Conservatives value freedom, and the intervention of the government at any point and for any reason always necessitates the curvature of freedom.

The fact is that all government action is violence because it requires the coercive impressing of a particular mode of behavior backed up by the threat of force.

Government as a Necessary Evil

Recognizing the inherently violent nature of all government action does not necessarily point toward anarchy. Government is a necessary evil. There are times when coercive action is justified, but violence is only acceptable when refraining from violence will result in even greater harm.

The criminal justice system, for example, forcefully locks people in prison—an inherent evil in that it deprives naturally free people of their liberty—but such action is necessary to prevent the perpetuation of greater violence against the innocent.

Economically, taxes levied for the funding of national defense and law enforcement activities, while they may constitute a forcible seizure of property, are necessary evils to counteract the potential violent ramifications that forgoing such means of protection would yield.

But forcibly taking one person’s money to give it to another is, in most cases, indefensible. Why should one person’s earnings be seized to provide subsidies for corn farmers in Iowa, for example?

The government lays claims on the earnings of another to give them to someone who did not earn them. This is vote-buying and, quite frankly, theft.

This does not necessarily mean that no safety net is justifiable, only that it must be narrowly tailored. It, too, should also be understood as a necessary evil. Once we’re beyond people literally starving in the streets, we should appreciate that we forcibly violate someone else’s rights with every transfer payment.

What Does Conservatism Conserve?

Conservativism must, by definition, seek to conserve something. We have asked, What is a liberal? So, What, then, is a conservative? What is conservatism trying to conserve?

Conservatives recognized that with each new federal program, with each additional government action, we lose some freedom. It is that freedom, our freedom, that we must conserve.

There is meaning in fighting back against attempts to whittle away liberty at the margins, which has been the modus operandi of politicians in the United States for decades. Allowing benevolent leaders to eat away at our freedom merely lays the foundation for the day when the malevolent leader arises and squashes it.

If you allow others to wrap their fingers around your neck, eventually someone will squeeze.

Government Does Not Prosperity Create

I consequently find it interesting to hear liberals now decry Trump’s alleged abuses of power and express fears about a dictatorship, the death of democracy, or whatever other sensationalist language they use.

There was little complaint when previous presidents consolidated this power into their office, no liberal outcry over the “pen and phone” administrative state. Only now that they don’t like the person holding the office do they recognize the danger in the accumulation of such power into a single man.

Let us not be fooled by those who claim that we can achieve salvation and societal harmony through the enactment of the right government programs, if the government would only push the right buttons and make the right moves. Such thinking is the way of Robespierre. Eventually, this promise of liberty through solidarity will give way to a Terror.

There is never freedom in forced cooperation, and nothing is worth the sacrifice of individual liberty. It is too dear a price to pay, and its value only increases after it is lost.

Freedom is much cheaper to maintain than to acquire. What you exchange for a dollar today, you can only recover with blood tomorrow.

Unfortunately, we may have to accept that the freedoms we have already exchanged for services and security is gone. Without some kind of dramatic revolutionary event, we are unlikely to get back what we have lost.

But we can fight to preserve the freedoms we currently have and can oppose any efforts to take them away. The government leviathan never says, Enough. It is never satisfied with the amount of power it has acquired over the masses.

So, we must fight it forever. We must jealously safeguard the freedom we have left.

When we vote, we should always ask ourselves whether we would be satisfied if the power we are seeking to exercise over another is later exercised over us. The freedom you take from another will eventually be taken from you.

This leads only to elections that devolve into candidates decrying the wealthy from their lake homes in a never-ending competition over who can promise the masses the most bread and circuses.

So, What Is a Liberal?

A liberal is one who, through compassion and good intentions, builds the road to serfdom with promises of a utopian freedom that will never come.