In this post, I discuss my preparation for initial Army JAG training. 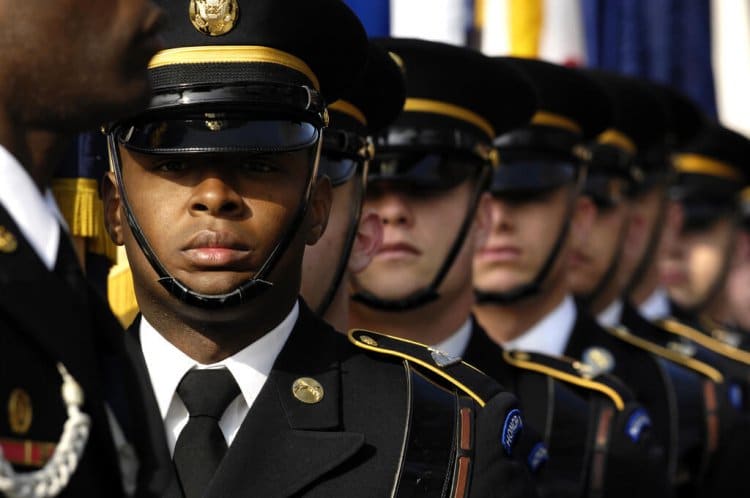 I serve as a Judge Advocate General Corps attorney in the Army National Guard. I commissioned as a First Lieutenant in the JAG Corps in March 2013. Since then, I have been drilling with my unit in Little Rock.

With the high number of applications that the Army receives every year, it is apparent that the process of becoming an Army JAG officer is of interest to many people. I will, therefore, begin blogging about my experience during initial Army JAG training.

The National Guard and Reserves are unique in that their judge advocates usually begin to drill with their units upon being commissioned. They do not generally wait until the completion of their initial entry training.

(Judge advocates entering active duty do not report to their duty station until they have completed the initial training process.)

So, as a member of the National Guard, I began drilling immediately after commissioning and becoming an Army JAG officer. I, therefore, immediately became part of a Guard unit with all the accompanying responsibilities.

I had to wait, however, for a class slot to come open. So, I served in my unit until I could obtain the necessary initial training for new judge advocates.

All Army judge advocates—whether active duty, Reserves, or National Guard—must undergo the same training. There is, therefore, sometimes a significant wait to secure a class seat. I initially secured a spot in the October 2013 class. The government shutdown, however, bumped me to January.

All new judge advocates must attend two phases of initial training. The first phase is the Direct Commission Course, or DCC. DCC is located at Fort Benning, Georgia. This phase teaches basic soldiering skills—such as land navigation, marksmanship, and customs and courtesies of the Army. It lasts six weeks.

After completing this phase, judge advocates attend the Judge Advocate Officer Basic Course. This course occurs on the grounds of the University of Virginia in Charlottesville, Virginia. This phase focuses on the unique aspects of military law. It takes place in a more academic, classroom-type environment. JAOBC lasts about eleven weeks.

I report to the Direct Commission Course on January 12. I will blog about my experience as I go. So, if you are interested in learning more about initial Army JAG training, please check back regularly.

I hope this blog can be of particular value to those who are considering becoming an Army JAG officer. I also hope it can help those who are preparing to attend this initial training.

The Army recently changed the format of this training. Judge advocates used to spend two weeks at Fort Lee, then went to Charlottesville before concluding at DCC. So, some older blogs are already out of date, despite being just a year or two old.

I hope that my blog can fill that gap.

Can you put some photos of 2016 jag training in fort benning and the graduation?
I WOULD APPRECIATED IF YOU CAN DO IT.
THANK YOU AND GOD BLESS YOU

I’m sorry, but I don’t have access to that. I attended the Direct Commission Course in 2014 as a student. I’m not affiliated with the program.