First and foremost, the Catholic Church affirms that as God incarnate, Jesus Christ is the full revelation of God. Through Christ, God has said everything. Nothing supplements this final word. 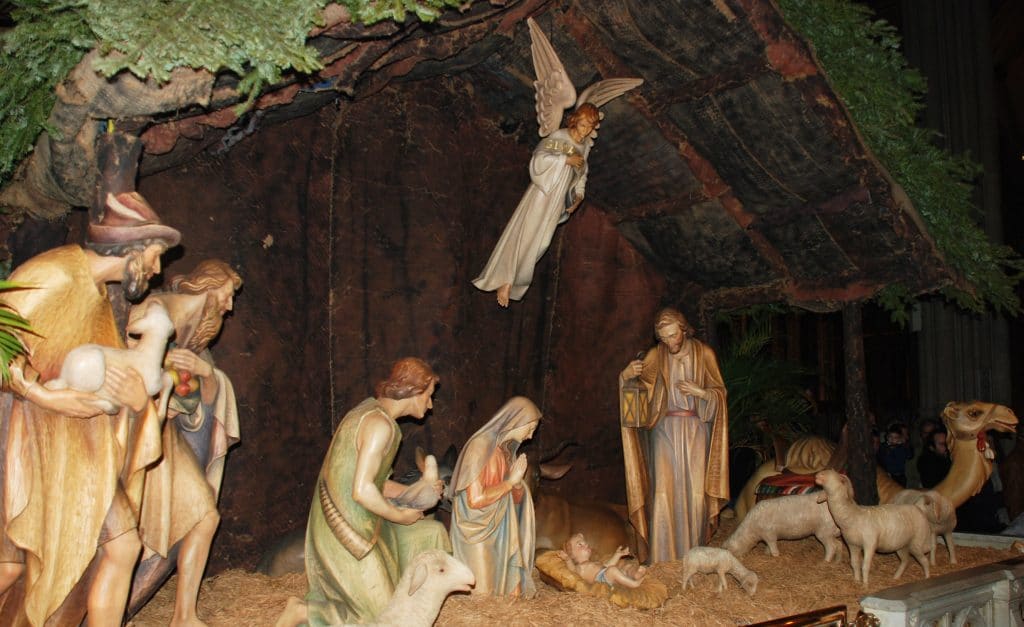 III. Christ Jesus ­– “Mediator and Fullness of All Revelation”

God has said everything in his Word

65 “In many and various ways God spoke of old to our fathers by the prophets, but in these last days he has spoken to us by a Son.” (Heb 1:1-2) Christ, the Son of God made man, is the Father’s one, perfect and unsurpassable Word. In him he has said everything; there will be no other word than this one. St. John of the Cross, among others, commented strikingly on Hebrews 1:1-2:

In giving us his Son, his only Word (for he possesses no other), he spoke everything to us at once in this sole Word – and he has no more to say. . . because what he spoke before to the prophets in parts, he has now spoken all at once by giving us the All Who is His Son. Any person questioning God or desiring some vision or revelation would be guilty not only of foolish behaviour but also of offending him, by not fixing his eyes entirely upon Christ and by living with the desire for some other novelty.

There will be no further Revelation

66 “The Christian economy, therefore, since it is the new and definitive Covenant, will never pass away; and no new public revelation is to be expected before the glorious manifestation of our Lord Jesus Christ.” Yet even if Revelation is already complete, it has not been made completely explicit; it remains for Christian faith gradually to grasp its full significance over the course of the centuries.

67 Throughout the ages, there have been so-called “private” revelations, some of which have been recognized by the authority of the Church. They do not belong, however, to the deposit of faith. It is not their role to improve or complete Christ’s definitive Revelation, but to help live more fully by it in a certain period of history. Guided by the Magisterium of the Church, the sensus fidelium knows how to discern and welcome in these revelations whatever constitutes an authentic call of Christ or his saints to the Church.

Christian faith cannot accept “revelations” that claim to surpass or correct the Revelation of which Christ is the fulfilment, as is the case in certain nonChristian religions and also in certain recent sects which base themselves on such “revelations”.

This section of the Catechism sheds light on what the Church considers to be its sole foundation. In it, we find the affirmation of teachings that dispel some common misconceptions that Protestants—particularly evangelical Protestants—have about Catholic beliefs.

First and foremost, the Catholic Church affirms that as God incarnate, Jesus Christ is the full revelation of God. Through Christ, God has said everything. Nothing supplements this final word.

Catholics affirm—as do most Protestants—that neither Scripture nor any other source of ecclesiastical authority fell out of heaven. Only one revelation came directly from heaven: Jesus Christ. That’s it. He, and he alone, is the full revelation of God.

Scripture, therefore, is a lens through which we can see Christ. Tradition, likewise, serves as such a lens, as can reason and experience.

However, as the Church recognizes, this full revelation is complete but not yet “been made completely explicit.” Believers have struggled over the centuries and continue to work “to grasp its full significance.”

Thus, for example, it took the Church centuries to define the nature of Christ and his divinity and come to an understanding of the Holy Spirit. Nicaea, Constantinople, Ephesus, and Chalcedon were not supplementary revelations. Instead, they marked the Church’s efforts to understand better the one revelation by the Holy Spirit’s guidance.

The Church has also sought out sources of authority that will clarify that revelation. The most striking of these has been Holy Scripture, a canon of books discerned by the Church through the Holy Spirit’s guidance.

The Church has also contributed to further clarification through the writings of the Church Fathers, who provided great insight to the full revelation, and the traditions and teachings passed down by the apostles themselves through their successors, the bishops.

The Church further recognizes the possibility of private revelations, such as the seeing of visions. But they are not part of “the deposit of faith.” They serve only to help people live out the calling of the full revelation in their times.

And it is here that the Catechism dispels many misconceptions of papal infallibility. The pope is infallible only on matters of faith and morals and only when explicitly invoking the doctrine.

Yet, there is something much more significant required. The pope cannot merely formulate a new doctrine and declare it infallible. Even if he claims some vision or other private revelation, such a pronouncement would not carry the weight of infallibility.

Instead, the pope must be expounding on a doctrine long and widely held by the Church. It is merely a matter of clarifying the apostolic tradition, which is itself only a lens through which to see the full Revelation of Jesus Christ and not supplement it.

Full Revelation Expounded in the Church

This provides a significant safeguard. The Magisterium and the Church’s general sense help discern whether such revelations are consistent with the deposit of faith. That is, the Church recognizes that supernatural appearances are frequently—if not mostly—the result of readily explainable phenomena.

That does not mean she is infallible in all that she does. Rather, it means that the Holy Spirit, over time, moves the Church toward infallibility. The Holy Spirit guides the Church, sometimes very slowly, in its discernment of the appropriate clarity to provide on the one true revelation in Jesus Christ.

The Catechism goes onto acknowledge that no revelation can surpass or correct the revelation found in Jesus Christ. This has important implications for the understanding of other religions.

While the Church acknowledges that God can save those of other faiths—and anticipates that he probably will save many—there is no room for religious pluralism. There is no space to affirm that all religions are equally valid. Only those faiths which acknowledge Jesus Christ as the full revelation of God are fully valid expressions of divine truth, and the Catholic Church holds the fullness of that truth.