In this post in my series “God and Man at Yale Divinity,” I share my reading discussion paper on Catherine Cornille’s Meaning and Method in Comparative Theology from my Theologies of Religious Pluralism class. This content uses referral links. 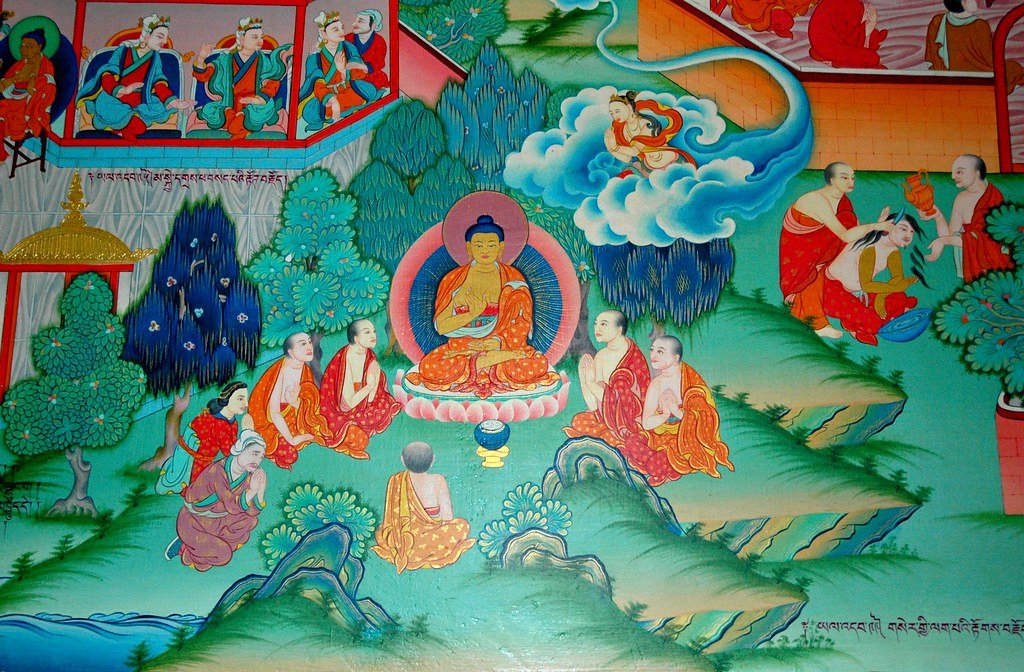 Photo by Wonderlane is marked with CC0 1.0

In Meaning and Method in Comparative Theology, Catherine Cornille defines the purpose of the field. In her writing, she particularly explores the practical difficulties associated with comparative theology in light of the various contexts from which theologians engaged in such work come.

Outline of the Reading

Cornille argues that comparative theology must involve more than merely a comparison of the sacred texts and historical backgrounds of different religions. (p.95) Instead, to fully appreciate another religious context, the comparative theologian must additionally engage in the “ritual life and daily practice” of the alternative faith tradition. (p. 80) Yet, in participating in such activity, the theologian must take care not to “domesticate” the other religion to bring it into conformity with his or her own.

Each faith must be allowed to speak for itself, rather than as a religious expression filtered through the spiritual presuppositions of the theologian’s home faith. Emphasizing this point is essential because the theologian can only understand alternative beliefs, at least initially, by reference to some kind of prior religious knowledge. (p. 81)

Consequently, there is a tendency to select particular areas of a religion to study based upon the parallelisms or similarities it offers to the theologian’s faith background, skewing the object of study per the presuppositions of the theologian and neglecting the fullness of the studied faith. (p. 85)

Recognizing this will help the theologian avoid a type of syncretism, whereby aspects of one religion are ripped from their context and integrated into the theologian’s home faith. Indeed, some religious teachings are simply incompatible and should be recognized as such. (p. 101)

Nonetheless, comparative theology is more than a mere evaluation of one religious tradition in comparison to another. Its goal, instead, is, in Cornille’s words, to gain a “deeper understanding of ultimate truth itself, as revealed either in or beyond any particular religion.” (p. 115)

This requires theologians to evaluate their own religious faith in light of another, reinterpreting the tenets and structures of their own faith through the categories of the other without compromising or watering down the core teachings of either.

There is a limited flexibility at play that helps provide theologians with a better understanding, not only of another religious tradition, but of their own. (p. 134) Consequently, confessional theology can serve as an asset in evaluating other religions because it provides a stable framework through which to discern theological truths in other faith traditions. (p. 163)

[P]rejudices play a role in constructing the comparison and interpreting the other religion. Each religious text, teaching, and practice contains multiple layers of meaning depending in part on the way it is read or understood in relation to other elements of the tradition. Comparative theology tends to lift particular elements outside of their original context and relate them to one’s own particular tradition. This thus sheds sharp light on certain meanings while ignoring others. (p. 82)

This passage strikes at the heart of the issue facing comparative theology. In the same way that those learning a new language references their native tongue to grasp the meaning of the new, so those approaching another religion interpret its teachings in relation to their own native faith.

No matter how hard one tries, he or she can never escape some sense of idiosyncrasy. There is no purely objective ground upon which any human being can stand.

I think of the way I ponder my own faith. I grew up in a conservative evangelical environment, but I am a convert to Roman Catholicism. Even though both are Christian faiths, there are significant differences in perspectives, hermeneutics, culture, and language between the two traditions. I still nonetheless think of my Catholic faith in terms of my upbringing.

I am, for example, more comfortable defining purgatory as the continuation of sanctification—a predominant term from my youth—after death than as the expiation of the temporal punishment for sin—the more Catholic description. Similarly, I accept the ability of a fallible man—the pope—to speak infallibly ex cathedra by referencing the evangelical belief that a fallible man—St. Paul—wrote infallibly in Scripture.

I draw from concepts of the faith of my youth to understand and appreciate my current faith. Every teaching moves through such a filter so that I can limit the number of my ingrained presuppositions that I have to reject outright.

We all relate to other religious traditions through our own backgrounds. Attempts to understand another religion on its own terms require an appreciation that we will approach another faith, at least at first, with our individual frames of reference through which we must translate this new faith.

This appreciation, then, allows us to pick out those aspects that cannot be translated into our native tongue and thereby gain greater appreciation and understanding of both the similarities and unique aspects of the other faith tradition.

Cornille’s discussion on the focus on texts as reflecting an emphasis on the mind over the body struck me as perhaps a particularly Western issue. (p. 95) The Eastern and Oriental Orthodox Churches, while still valuing texts and their own intellectual traditions, have focused heavily on the immersion of senses during worship, engagement with symbolic practices, and the incorporation of art into liturgy. Would, therefore, a good first step for Western Christians seeking to conduct comparative theology with other religions to do so first with their Eastern brothers and sisters?

My second question springs from Cornille’s reference to the patristic use of Greek philosophical concepts to present the new faith in the cultural contexts of the Church Fathers. (p. 133) To what extent, if any, did such an exercise distort—rather than translate—the Christian message? That is, should this move by the Church Fathers serve as a model or as a warning? If it is a model, how could distortions be avoided without a “magisterium or even a strong notion of orthodoxy,” as Cornille suggests? (p. 165)

Cornille provides an insightful evaluation of comparative theology as a means by which to promote mutual understanding and the pursuit of deeper theological truth without falling into a syncretism that distorts religious faiths into something they are not. The questions her writing propose push us toward respectful dialogue with those from other religious traditions, acknowledging where we disagree without denying the opportunity for mutual growth.