How to Talk to Protestants about Scripture 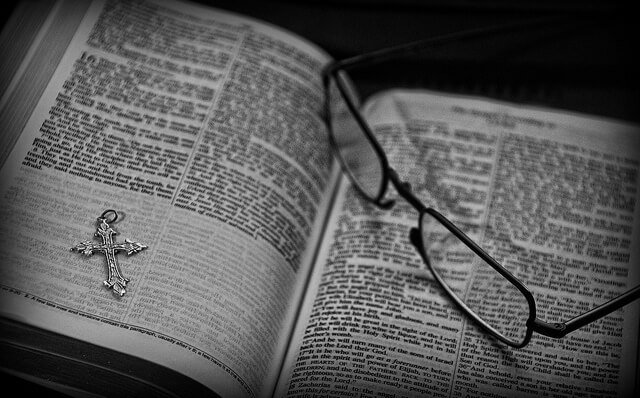 “The Church must be constantly renewed and rejuvenated, and the Word of God, which never ages and is never depleted, is a privileged means to achieve this goal. Indeed, it is the Word of God, through the Holy Spirit, which always guides us to the whole truth.” Pope Benedict XVI

The Protestant stress on the authority of Scripture has served as a rallying cry against Catholicism since the Reformation. If you want to build bridges with Protestants, you must therefore address the topic of Scripture with great care.

In this article, I will discuss how to speak with Protestants about Scripture. Protestants harbor many misconceptions about the Catholic view of Scripture deeply rooted in Reformation-era prejudices. You will therefore have to overcome these misunderstandings before you will be able to establish any kind of real rapport.

The Nature of Scripture

The Catholic Church’s affirmation that “Sacred Scripture is the speech of God as it is put down in writing under the breath of the Holy Spirit”[1] is unlikely to find much Protestant objection, and the Catholic belief that “God is the author of Sacred Scripture”[2] can serve as a good starting point for discussions.

Indeed, the following two declarations regarding Scripture demonstrate just how much similarity exists between Protestants and Catholics:

Since therefore all that the inspired authors or sacred writers affirm should be regarded as affirmed by the Holy Spirit, we must acknowledge that the books of Scripture firmly, faithfully, and without error teach that truth which God, for the sake of our salvation, wished to see confided in the Sacred Scriptures.[3]

The Holy Bible was written by men divinely inspired and is God’s revelation of Himself to man. It is a perfect treasure of divine instruction. It has God for its author, salvation for its end, and truth, without any mixture of error, for its matter.[4]

The first statement comes from the Catechism of the Catholic Church while the second comes from the Southern Baptist Convention’s 2000 Baptist Faith and Message. While Protestants and Catholics disagree over whether Scripture should be the only source of doctrinal authority, there is very little difference in the Catholic and Protestant understanding of the nature and authority of Scripture itself.

While the Protestant methodology has its problems—a history of bizarre interpretations of Scripture and an estimated 20,000 different denominations testify to this—you should recognize its strengths and refrain from dismissing it out of hand. (Of course, as a Protestant myself, I am obviously biased in this regard.)

Thoughtful Protestants demand a certain level of diligence in interpreting Scripture that is very similar to that laid out in the Catechism.[5] To deny a final body of authority in the interpretation of Scripture does not mean that everyone should read the text and make up a meaning for him or herself.

Rather, it means that there is a constant struggle within the community of faith to interpret Scripture properly, a struggle with which each generation must grapple anew. It imposes a responsibility on the entirety of the Church. While the laity can and should play a role, they are responsible for conducting serious research and study. In turn, the clergy have a great responsibility in properly equipping the laity for this task and in engaging in continuous dialogue within the community of faith regarding the proper interpretation of Scripture.

Indeed, the Catholic view is not as different from Protestantism as sometimes may appear. Like Protestants, the Catholic Church stresses the influence and importance of the “contemplation and study of believers who ponder these things in their hearts.”[6] Nevertheless, unlike Protestants, Catholics affirm that the “task of interpreting the Word of God authentically has been entrusted solely to the Magisterium of the Church, that is, to the Pope and to the bishops in communion with him.”[7]

Protestants will not accept this, but explaining it provides an opportunity to dispel a common Protestant misconception about Catholic belief: namely, that the pope is superior to or on equal footing with the Bible. You should explain that Catholics do not believe the Magisterium to be on par with Scripture.

Scripture and the Holy Spirit

In stressing that the “Magisterium is not superior to the Word of God, but is its servant,”[8] and that, “with the help of the Holy Spirit, it listens to this devotedly, guards it with dedication and expounds it faithfully,”[9] you can establish an important common belief: the role of the Holy Spirit in bringing Scripture alive in the life of the believer. Both Catholics and Protestants affirm that the Holy Spirit should serve as the ultimate interpreter of the Bible.

In the words of the Catechism, unlikely to find much Protestant objection,

the Christian faith is not a “religion of the book,” but rather “the religion of the ‘Word’ of God,” not a written and mute word, but incarnate and living. If the Scriptures are not to remain a dead letter, Christ, the eternal Word of the living God, must, through the Holy Spirit, open our minds to understand the Scriptures.[10]

Consequently, the Catholic Church—contrary to common stereotype—encourages the regular reading of Scripture among the laity. Indeed, the “Church forcefully and specifically exhorts all the Christian faithful…to learn the surpassing knowledge of Jesus Christ, by frequently reading the divine Scriptures. Ignorance of the Scriptures is ignorance of Christ.”[11] Whatever mistakes the Catholic Church may have made during the Middle Ages, it now strongly affirms that “access to Sacred Scripture ought to be open wide to the Christian faithful.”[12]

The Books of Scripture

In closing, it is worth noting the differences between the Catholic and Protestant Bibles, as the topic will likely arise in any discussions with Protestants about Scripture. While they share a common New Testament, the Catholic Old Testament includes a few additional books.

The reason for this difference merits its own article, but to oversimplify the situation for our purposes here, there are a few books that are contained in the Septuagint—that is, the Greek Old Testament that was widely read among the early Christians and frequently quoted by Paul—that are not in the Hebrew Scriptures. The canonicity of these books were debated within the Church for more than fifteen hundred years with a definitive stance taken only after the Reformation—with Catholics accepting them and Protestants rejecting them.

Nevertheless, the differences in the canon are relatively minor, and, while they may impact a few areas of doctrine and systematic theology, they do not affect the view of Scripture that Protestants and Catholics share.