The Military Doesn’t Trust Its Leadership

Anyone paying attention to the media can see what we veterans already know: the military doesn’t trust its leadership. 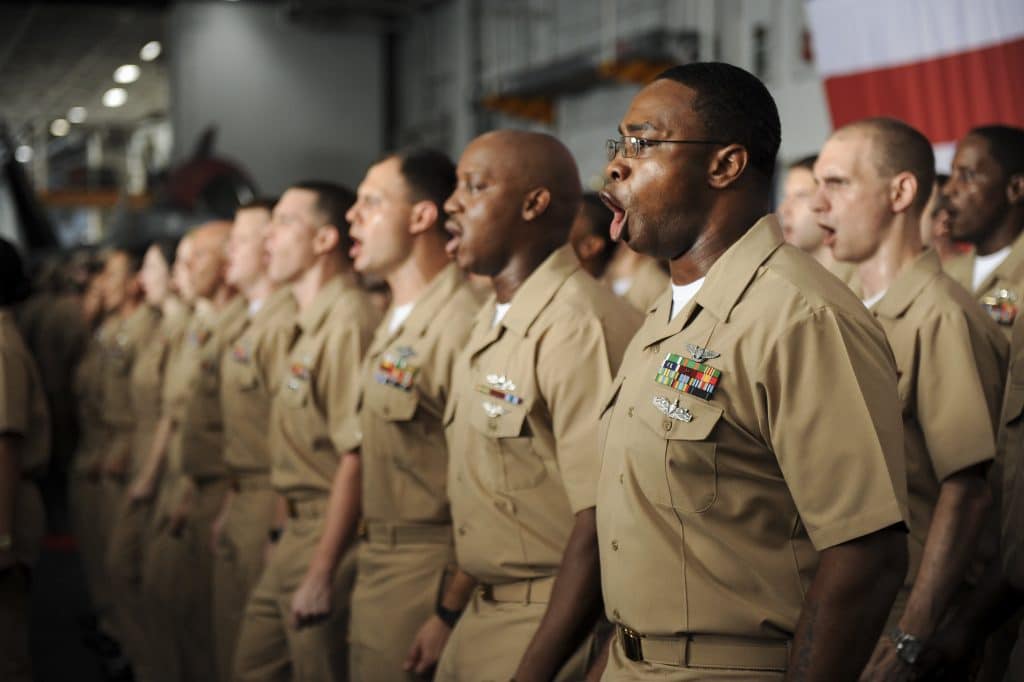 Members of the military don’t trust their leadership. I knew that when I was in the military, and it has become even more apparent in the recent episode involving Capt. Brett Cozier’s being relieved as the commander of the USS Theodore Roosevelt.

This issue deserves a much more in-depth evaluation than I’m giving it here, but a few things stood out.

The first was the video of the sailors cheering their captain as he disembarked from the ship. I understand exactly what they were feeling.

To them, Capt. Cozier stuck his neck out for them, was willing to sacrifice himself for their safety. This is so exceptionally rare in the military that when an officer actually does it—actually acts as a good leader should—it is seen as a heroic feat.

Why the Military Doesn’t Trust Its Leadership

The military doesn’t trust its leadership because it is used to serving under self-absorbed careerists who care little for their subordinates. What matters to them is to make the next rank, and if that means subjecting their people to ever more toxic work environments to pump up meaningless stats to improve an Officer Performance Report, that’s what they’ll do.

This is why the Washington Post’s piece on Trump’s calling the military brass “dopes,” is unlikely to affect his standing with the rank and file. The military doesn’t trust its leadership. It is, in fact, kind of refreshing to see that the President doesn’t, either.

“Dopes” and “babies” are much kinder terms than most junior military members—enlisted and officer—would use to describe their leadership if they could speak freely.

The fact is, I don’t know if Capt. Cozier did the right thing or not. But I understand why the sailors under his command were so quick to cheer him.

(One Wall Street Journal editorial article in which a retired Navy Captain criticizes the cheering as dangerous because of the chance of exposure of COVID-19 is so asinine that it perfectly encapsulates why the military doesn’t trust its leadership.)

I understand why Capt. Cozier so quickly became a sympathetic figure. Military personnel believe their leadership doesn’t care about them in the least and will squash anyone who raises any opposing objection.

When Capt. Cozier spoke up for his sailors and lost his command—and then the Acting Secretary of the Navy came down and made a fool of himself—it just confirms everything the rank and file already believed about its leadership.

Morale in the military is low. Anyone who tells you otherwise is either lying or doesn’t know.