The stories of biblical heroes embody and consequently represent larger narratives about the various stages of revelation. 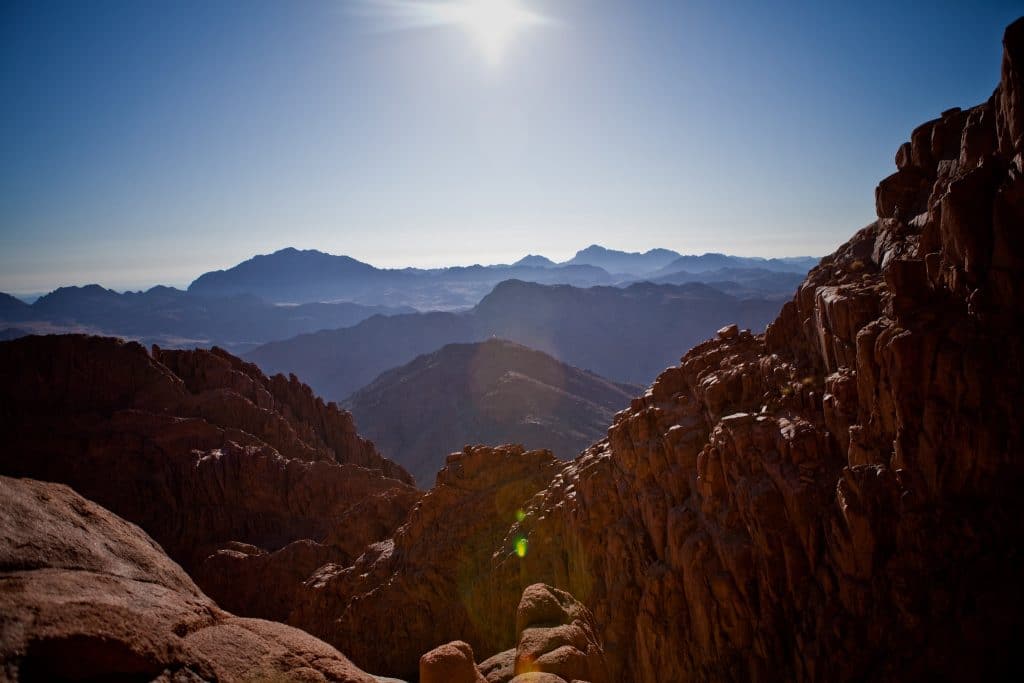 II. The Stages of Revelation

In the beginning God makes himself known

54 “God, who creates and conserves all things by his Word, provides men with constant evidence of himself in created realities. and furthermore, wishing to open up the way to heavenly salvation – he manifested himself to our first parents from the very beginning.” He invited them to intimate communion with himself and clothed them with resplendent grace and justice.

55 This revelation was not broken off by our first parents’ sin. “After the fall, (God) buoyed them up with the hope of salvation, by promising redemption; and he has never ceased to show his solicitude for the human race. For he wishes to give eternal life to all those who seek salvation by patience in well-doing.”

Even when he disobeyed you and lost your friendship you did not abandon him to the power of death. . . Again and again you offered a covenant to man.

The covenant with Noah

56 After the unity of the human race was shattered by sin God at once sought to save humanity part by part. [T]he covenant with Noah after the flood gives expression to the principle of the divine economy toward the “nations”, in other words, towards men grouped “in their lands, each with (its) own language, by their families, in their nations”. (Gen 10:5)

57 This state of division into many nations, each entrusted by divine providence to the guardianship of angels, is at once cosmic, social and religious. It is intended to limit the pride of fallen humanity united only in its perverse ambition to forge its own unity as at Babel. But, because of sin, both polytheism and the idolatry of the nation and of its rulers constantly threaten this provisional economy with the perversion of paganism.

58 The covenant with Noah remains in force during the times of the Gentiles, until the universal proclamation of the Gospel. The Bible venerates several great figures among the Gentiles: Abel the just, the king-priest Melchisedek – a figure of Christ – and the upright “Noah, Daniel, and Job”. Scripture thus expresses the heights of sanctity that can be reached by those who live according to the covenant of Noah, waiting for Christ to “gather into one the children of God who are scattered abroad”. (Jn 11:52)

59 In order to gather together scattered humanity God calls Abram from his country, his kindred and his father’s house, (Gen 12:1) and makes him Abraham, that is, “the father of a multitude of nations”. “In you all the nations of the earth shall be blessed.” (Gen 17:5; 12:3)

60 The people descended from Abraham would be the trustee of the promise made to the patriarchs, the chosen people, called to prepare for that day when God would gather all his children into the unity of the Church. They would be the root on to which the Gentiles would be grafted, once they came to believe.

61 The patriarchs, prophets and certain other Old Testament figures have been and always will be honoured as saints in all the Church’s liturgical traditions.

62 After the patriarchs, God formed Israel as his people by freeing them from slavery in Egypt. He established with them the covenant of Mount Sinai and, through Moses, gave them his law so that they would recognize him and serve him as the one living and true God, the provident Father and just judge, and so that they would look for the promised Saviour.

64 Through the prophets, God forms his people in the hope of salvation, in the expectation of a new and everlasting Covenant intended for all, to be written on their hearts. The prophets proclaim a radical redemption of the People of God, purification from all their infidelities, a salvation which will include all the nations. Above all, the poor and humble of the Lord will bear this hope. Such holy women as Sarah, Rebecca, Rachel, Miriam, Deborah, Hannah, Judith and Esther kept alive the hope of Israel’s salvation. [T]he purest figure among them is Mary.

There is a lot to unpack in this relatively long section.

The most striking thing about this passage to me is how deeply it interweaves its view of God’s revelation of himself to humanity with salvation history—the different stages of revelation—working from the patriarchs through Israel, down to Christ.

It traces the progress of God’s work of salvation, acknowledging the exceptionalism of Israel, while simultaneously recognizing the availability of salvation to all.

From a superficial modernist view, the first question that may come to mind is the accuracy of all of these historical claims. That is, what if Adam and Eve or Noah (or even Abraham) were not historical figures? What if the biblical stories the Catechism here mentions are not historically accurate in the way modern Westerners understand the concept? What then?

For many decades, the Catholic Church has been open to the theory of evolution and to historical-critical methods of studying Scripture. (Indeed, a Catholic priest first proposed the Big Bang.)

The Church has therefore created an environment where believers may affirm the fundamentals of the faith as found in the Nicene Creed while simultaneously denying the historical veracity of vast swaths of Scripture.

So, if that is the case, what is the implication of such a view on the Catechism?

I frankly don’t know, and I need to explore the matter further. I suspect, however, that we should approach the historicity of these figures with humility and the Catechism’s use of them generously.

Perhaps some of the people mentioned here are not historical figures, but their stories embody and consequently represent larger narratives about the various stages of revelation.

Humanity is clearly fallen. One does not have to be religiously observant to recognize that much is not right in the world. The Catholic Church acknowledges sin as the source of our fallenness.

Whether there was a historical fall, as those holding to a literal historical interpretation of Genesis 3 would affirm, or whether sin entered into the world through a manner of which we are not aware, is of little consequence.

The Church also acknowledges the greatness of God’s mercy. From the moment of man’s fall, God continued working to establish a relationship with him. Even in earlier times when God’s revelation project was just beginning, and thus his nature only dimly known, God still desired that all humanity would come to salvation, not merely as whole people groups but as individuals.

Stages of Revelation to the Gentiles

This is where the Noahic Covenant takes on such great importance. Whether Noah was a historical figure or not, or whether there was an actual worldwide flood, is also of no consequence. What matters here is a recognition that God created a means by which all people—even those to whom he has not yet fully revealed himself—could come to know him and find in him eternal life.

Yet God chose Abraham for a very particular purpose. He is the starting point for his great revelatory project, a project that would culminate in its final stage of revelation in the opening up of this divine work to the whole world.

Having revealed himself generally to the rest of humanity and working still within them to move them toward intimacy with him through the best possible means, he chose Abraham as the focal point for a fuller revelation, holding, in his mercy, the Gentiles to a different standard of knowledge.

Stages of Revelation to the Jews

Again, whether Abraham was a historical figure matters little. The point is that God chose Israel from all the nations of the world to focus his self-revelation. Whether that meant God chose an individual (Abraham) or a whole nation (Israel, for which Abraham is a mythic representation), I don’t know.

Current archaeological evidence suggests that Israel emerged from among the Canaanite people rather than as a foreign invader of the land. (Though, it seems almost certain that there is some historical basis in the Exodus. Who would make up such a history for themselves?)

In this, I wonder whether God chose the Israelites for their own sake, or whether he chose YHWH as the god through whom he would reveal himself. That is, did God initially reveal himself as YHWH, or did he choose the people who worshiped YHWH to start his work?

What’s of note, however, is that the Roman Catholic Church, albeit subtly here, rejects supersessionism. That is, the Church did not merely replace Israel. Instead, Israel remains of spiritual prominence. All who are saved are saved by being grafted into Israel through the Church.

The theology surrounding this issue is too complex to delve into here, and I frankly don’t yet have my mind wrapped around it. There is much significance to this that I’m sure we will further unpack as we move through the rest of the Catechism.