God’s Gradual Revelation of Himself

Humanity could only begin to grasp the mystery of the Trinity after millennia of previous gradual revelation. 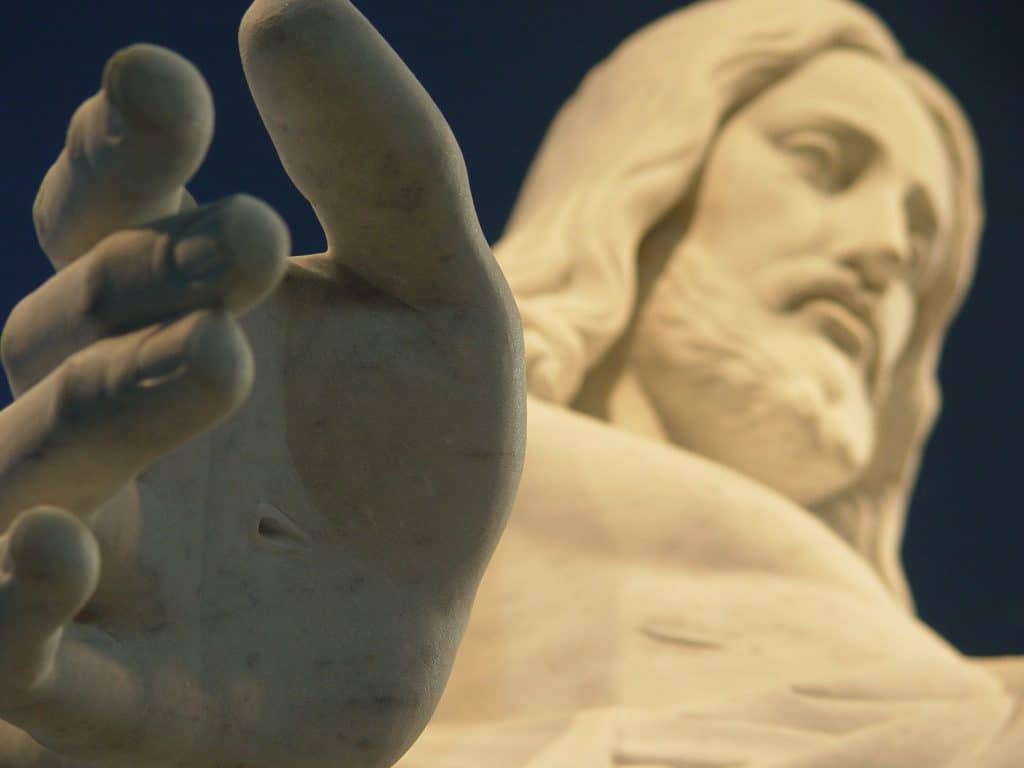 THE REVELATION OF GOD

I. God Reveals His “Plan of Loving Goodness”

51 “It pleased God, in his goodness and wisdom, to reveal himself and to make known the mystery of his will. His will was that men should have access to the Father, through Christ, the Word made flesh, in the Holy Spirit, and thus become sharers in the divine nature.”

52 God, who “dwells in unapproachable light”, wants to communicate his own divine life to the men he freely created, in order to adopt them as his sons in his only-begotten Son. (1 Tim 6:16) By revealing himself God wishes to make them capable of responding to him, and of knowing him and of loving him far beyond their own natural capacity.

53 The divine plan of Revelation is realized simultaneously “by deeds and words which are intrinsically bound up with each other” and shed light on each another. It involves a specific divine pedagogy: God communicates himself to man gradually. He prepares him to welcome by stages the supernatural Revelation that is to culminate in the person and mission of the incarnate Word, Jesus Christ.

St. Irenaeus of Lyons repeatedly speaks of this divine pedagogy using the image of God and man becoming accustomed to one another: the Word of God dwelt in man and became the Son of man in order to accustom man to perceive God and to accustom God to dwell in man, according to the Father’s pleasure.

The Need for Gradual Revelation

As it moves into this section, the Catechism begins to unpack the groundwork it had previously laid in its discussion of the knowability of God through the natural order and divine revelation.

God gave to man, through his natural faculties, the ability to discern for himself God’s existence. But God was not content with this. He wanted to establish a real relationship with humanity, which required humanity to know him as he is.

Knowledge of the divine nature in its fullness, however, was something that man could not grasp through reason alone. It required the specific revelation of God.

In his unknowability, and in light of the infinite chasm that separates the infinite God from the infinitely limited capacities of man, God desired to make himself known through the person of Jesus Christ, the incarnation of God himself.

Through this act, God revealed himself in the manner humanity could best understand, living, walking, and dying among us. In doing so, he was able to reveal himself as a Triune God: Father, Son, and Holy Spirit.

Such a marvelous mystery could only come within the knowledge of man by such a real, tangible revelation built upon millennia of previous gradual revelation. Indeed, such a revelation is so mysterious that, even after God revealed it, we still have difficulty understanding it. Indeed, much ink has been spilled over the millennia in attempts to grasp this divine mystery.

Yet, as Pope Benedict XVI wrote, by revealing himself as he is, God pushed us deeper, not only into relationship with himself, but also in our own intellectual capacity. God revealed just enough of his nature that we may both grasp and fail to understand it, a paradox that allows us to know enough about the divine essence as to push us forward to continue to grope after a God, which we nonetheless can never fully grasp.

Had he revealed more, we would have been only able to throw up our hands in frustration and give up. Had he revealed less, we would not have sufficient knowledge to pursue a deeper intimacy with him.

Trinity and Improvement of Man

In this act of revelation, God has bettered humankind. By pushing the capabilities of the human mind to their breaking point, God has made men more capable of grasping the depths and mysteries of the divine and all that that encompasses, including greater riches of reason and philosophical understanding.

God revealed part of his nature that was just barely out of reach of the human intellect, forcing us to rise to the occasion to encounter this mystery. In doing so, he made all of humanity better and prepared us for his continued work in the world through his Holy Spirit in his Church.

The Why of Gradual Revelation

In this light, it, therefore, makes sense that God would reveal himself gradually, meeting us at our natural capacity—as demonstrated in the religions and cults of ancient times—and slowly eroding away our errors about the divine realm and replacing it with revelations of himself, not so quickly as to short-circuit the process but not so slowly as to keep men hopelessly in error and stunted relationship with the divine.

This is where divine accommodation comes into play. As I previously wrote, I suspect that God did not reveal himself as a new thing, a new faith or a new god, but instead met humanity after it had developed some concept of the supernatural. He did this by co-opting an existing Near Eastern religious tradition and, specifically, in the Israelites, his chosen people.

I suspect, therefore, that he co-opted El and YHWH as his own identity because those were the gods of the people he chose. I doubt that these gods were initially divinely revealed entities. Had God chosen the Babylonians, I suspect we would be speaking of the Old Testament God as Marduk, not because God would be different—it would still be the same God—but because the God we worship reveals himself slowly, using where he finds his people as a starting point.

Only after he had spent millennia slowly dispelling erroneous understandings of the divine character were his people—and through them the world—sufficiently ready for the full revelation of himself in Jesus Christ.

If you read the Old Testament in this light, things make much more sense, and you can see various stages of development. (For those aware of the debate, this is in no way a nod to or affirmation of dispensationalism.)

God works with his people in love and patience. Israelite rebellions against God makes much more sense too.

They were not fools simply rejecting the miraculous works of God, as they are so often portrayed in Sunday School discussions (as if we ourselves have no blind spots). They were a people with a deep cultural heritage reverting to what they knew to be religious norms, not quite ready to accept fully even the gradual new revelations given to them.

Such acceptance takes time, and God, in his patience, gave it. And he gives it still.

Excllent. I borrowed some of the material for a Trinity Sunday homily

Thank you, Deacon. I’m glad it was helpful.